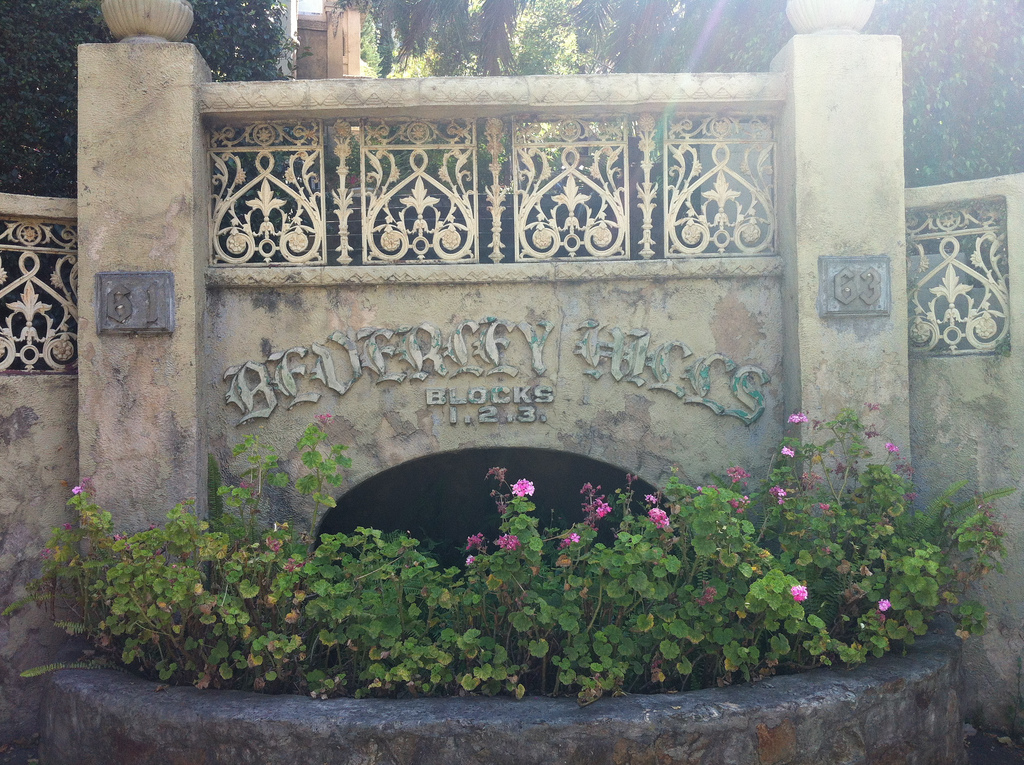 South Yarra was gentrified in the 1840s. Previously a swampland, it became a manicured and elite locale, when wealthy Melburnians erected the city’s first mansions and the state’s first governor, Charles La Trobe, carved from the murky water the internationally renowned Royal Botanic Gardens.¹

Following the First World War, many of the suburb’s mansions were subdivided and torn down. From their bones sprung clusters of Art Deco apartments, where prostitutes and illegal gays consorted with artists and socialites. This was Melbourne’s Montmartre and home to such identities as silent film actress Claire Adams, socialite and humanitarian Dame Mabel Brookes and artist Rupert Bunny.² 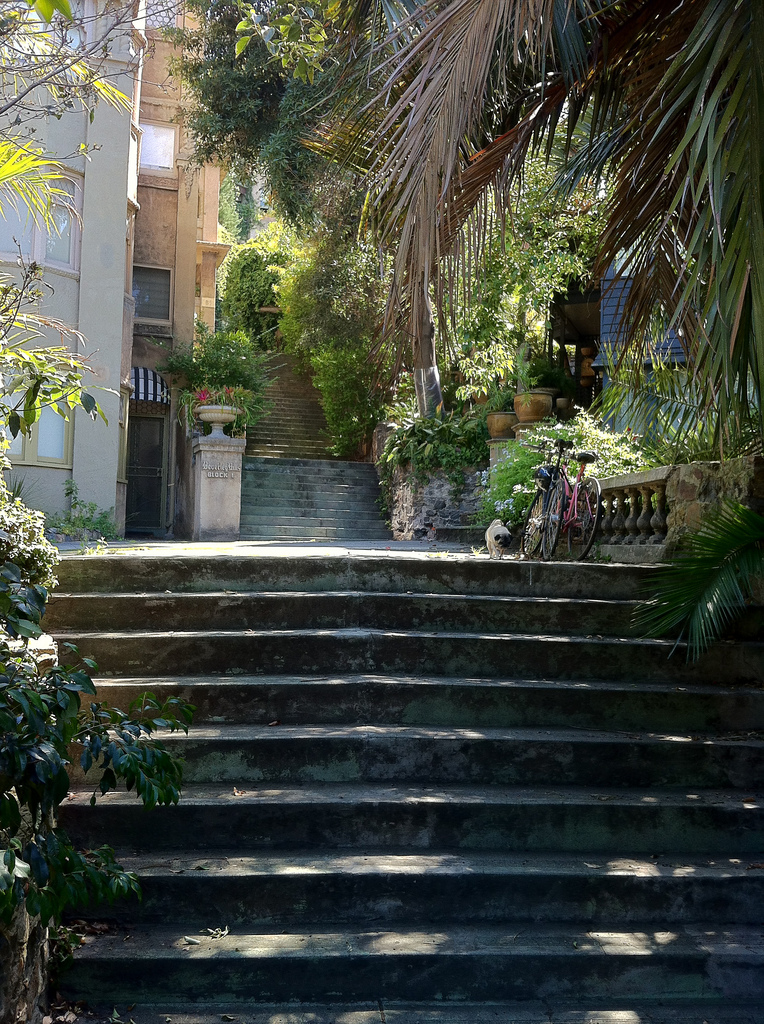 The once debaucherous suburb is again home to Melbourne’s elite. However history has left its mark, ensuring South Yarra is less stuffy and more chic than the neighbouring suburbs of Toorak and Armadale.

Perhaps another way to describe it would be less English and more French. These days South Yarra has traded Montmartre for Aix-en-Provence, and yet the style is still there as well as that cheeky joie de vivre.

Melbourne is known for its multiculturalism and international cuisine. And it is in South Yarra that two of Melbourne’s most celebrated French eateries are located. 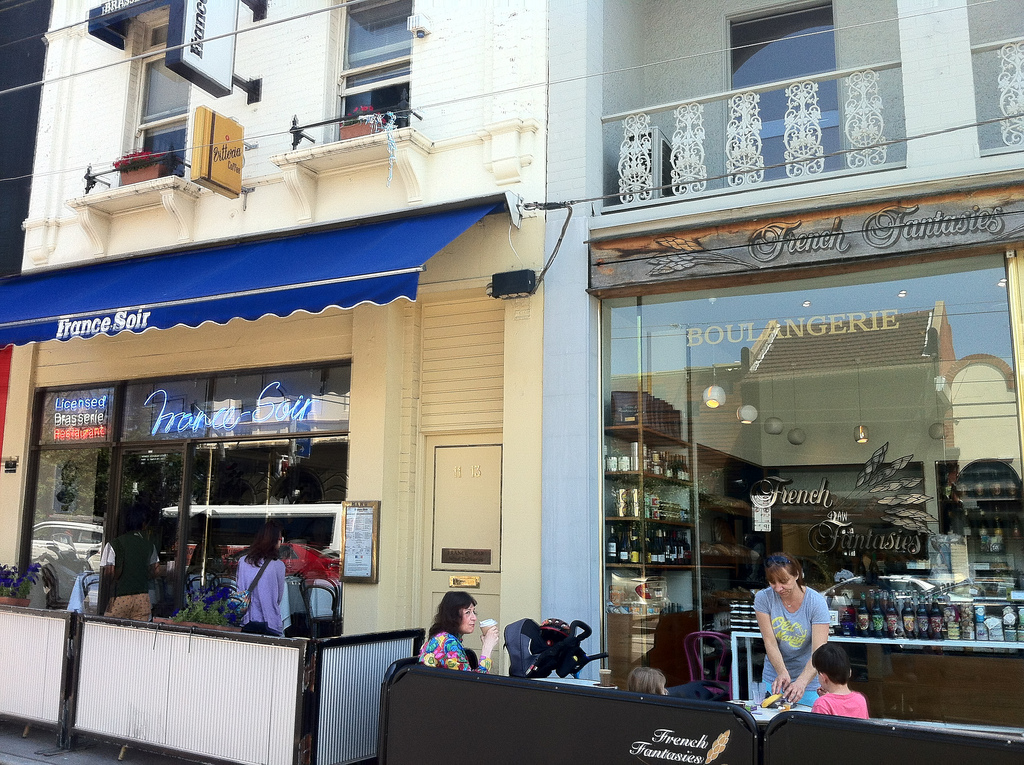 France-Soir is an institution that was established in 1986 by restaurateur Jean-Paul Prunetti. It is open seven nights a week and full each night. It is also one of the few restaurants that will take food orders past midnight. Both locals and international celebrities flock to France-Soir, as a result it is not uncommon to be seated next to a rock star or world leader.³

The food is well priced and typical of French bistro fare. Menu items include garlic-butter escargot, duck à l’orange and beef bourguignon. There is also an unparalleled wine list at over 40 pages long. 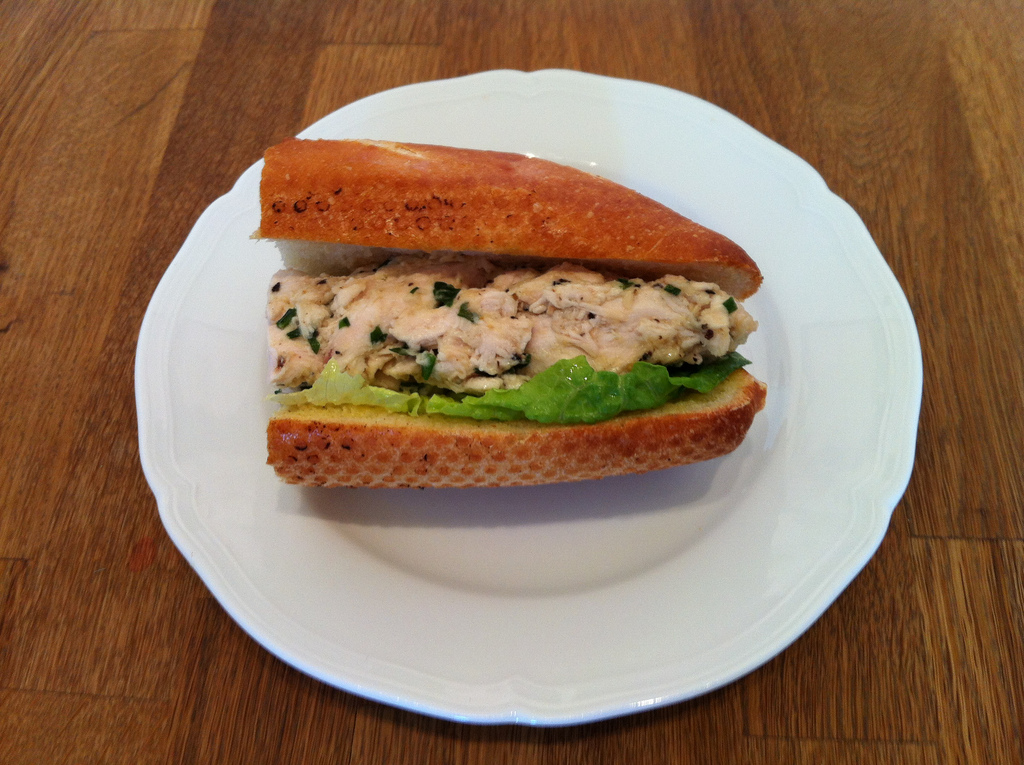 Next door to France-Soir is French Fantasies, a well-known South Yarra bakery that specialises in French breads and pastries.

French Fantasies opened over 20 years ago and has just recently expanded the bakery to include a petit café next door. The café, which is rarely quiet, serves savoury delights such as tomato tart and croque monsieur. They also have brilliant coffee.

Like the French, Melburnians love café culture and South Yarra is home to many curbside cafés and restaurants. Domain Road, opposite the Royal Botanic Gardens, is the best place to people watch while sipping a café au lait. 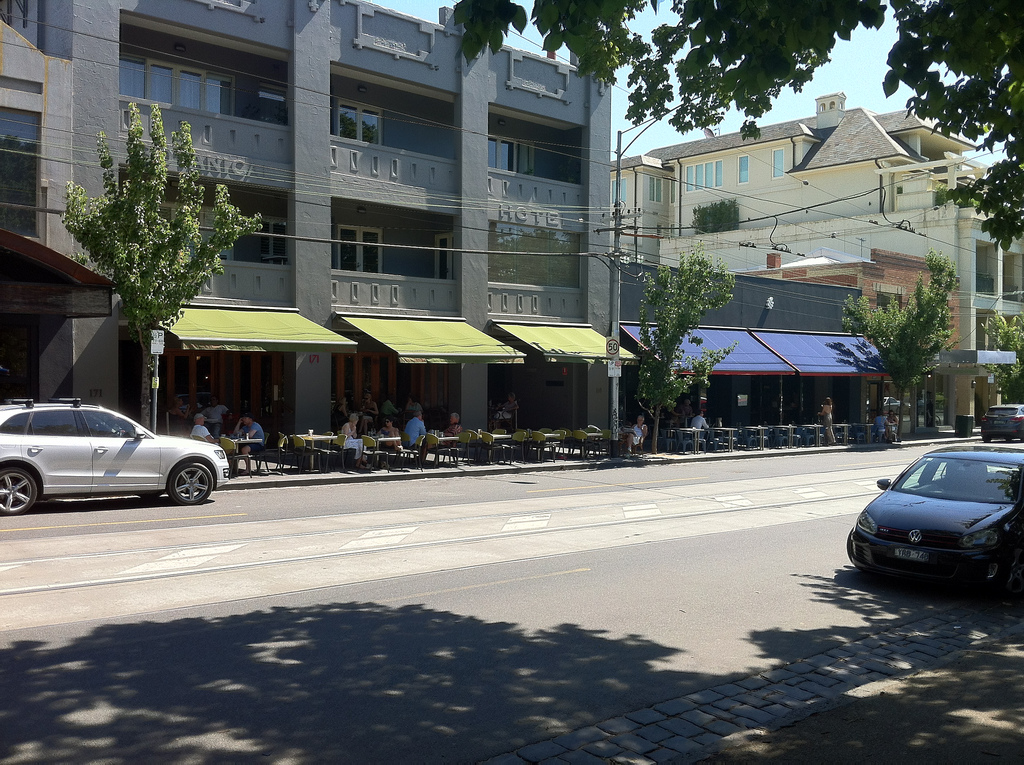 On summer evenings locals can even be found, wine in hand, playing pétanque at one of South Yarra’s designated pétanque terrains. 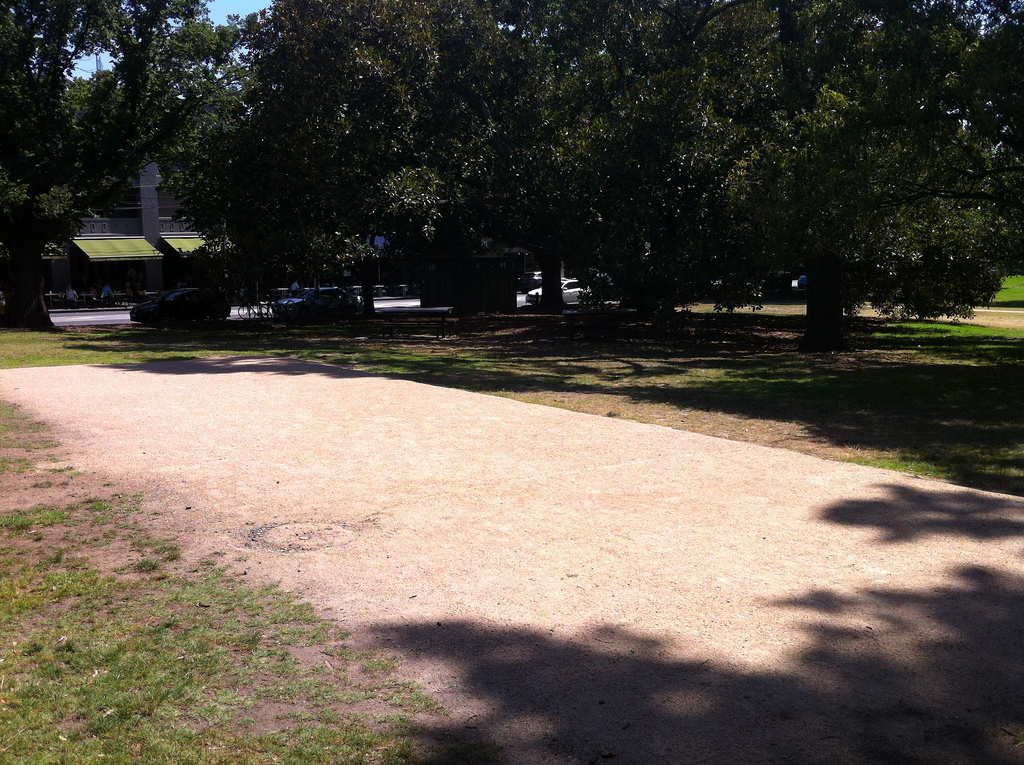 In the 1920s architect Howard Lawson subdivided South Yarra’s grand mansions and used their materials to transform Alexander Avenue into an Art Deco boulevard. Lawson owned many of the apartments and purposefully kept rent low so as to attract artists and actors. 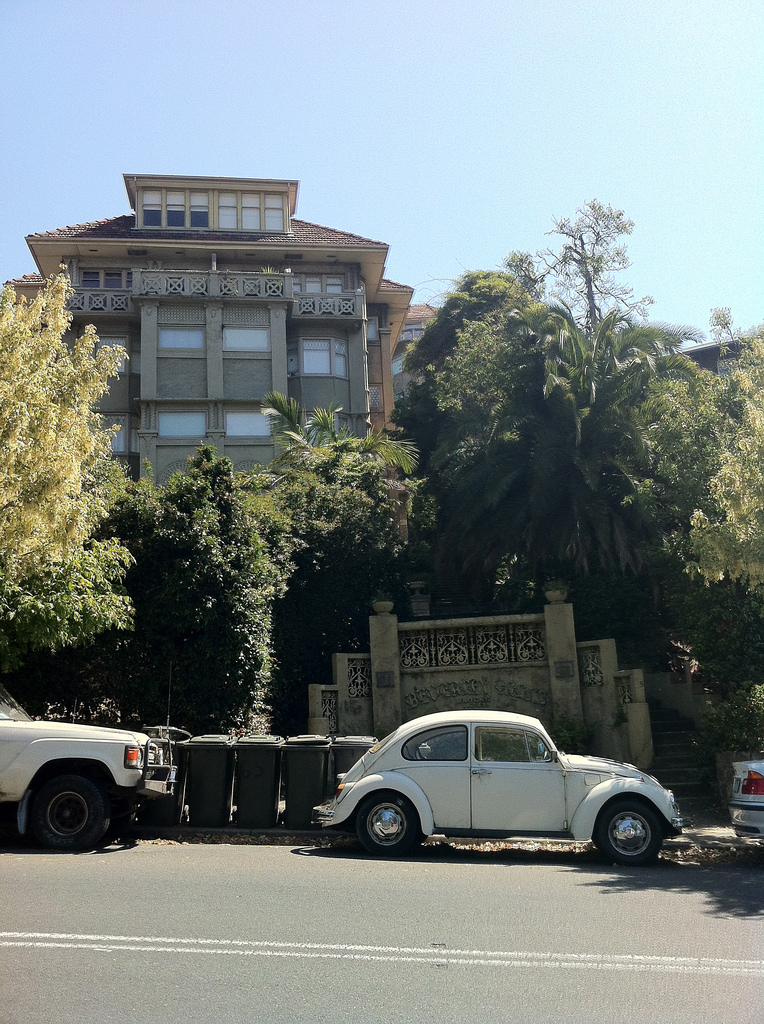 The most famous apartment is the ‘Beverly Hills Complex’: two Art Nouveau towers covered in vines with a grotto swimming pool and a $2 million Morton Bay fig tree.?

Their elaborate design echoes the work of French architect Jules Lavirotte. The complex backs onto a cul-de-sac surrounded by other Lawson apartments and the hidden Lawson Grove Café.

Is there a French quarter in your city? Tell us about it in the comments section below.

All photography by Adriane Howell