Behind the red curtain: a French night at the Opéra 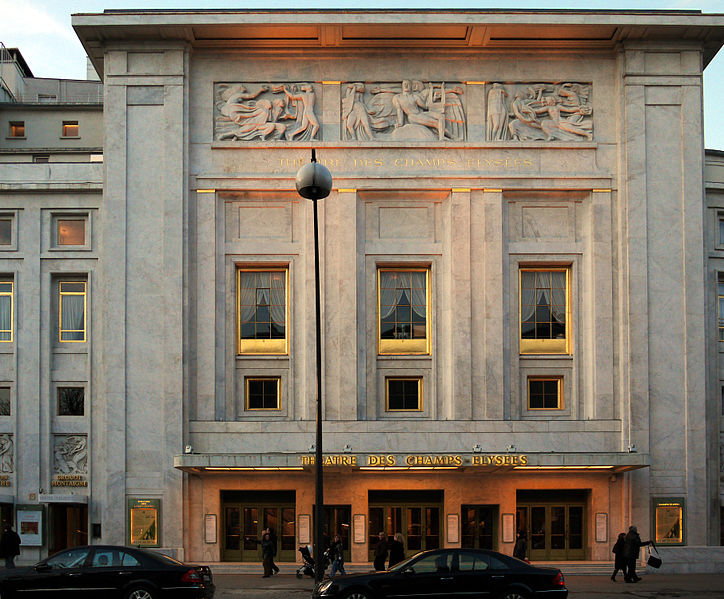 French classic theatre lovers flock to the Théâtre des Champs-Elysées in Paris to enjoy recitals, concerts and ballets. The Art Deco theatre will be celebrating its centenary this Spring and will feature the infamous ‘Rite of Spring’ by Vaslav Nijinsky, which caused riots in the audience at its first performance.

The Théâtre des Champs-Elysées is not on the famous avenue, but nearby at no.15, avenue Montaigne in the chic 8th arrondissement, home to the great names of French fashion. Its recitals, concerts and ballets are among the favourite soirées of French classic theatre lovers.

Enthusiasts and francophiles come from all over the country and from abroad, to see both emerging talents and the very best performers of classic oeuvres, who are rarely seen outside of the world’s celebrated opera houses. 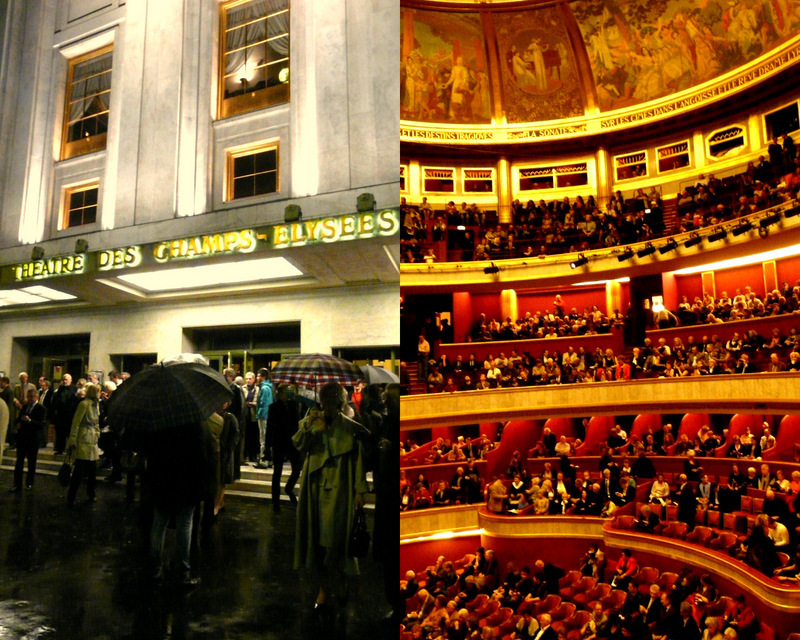 Gabriel Astruc, a French journalist and impresario, commissioned the innovative Théâtre des Champs-Elysées building from Auguste Perret, a French architect, to provide a venue suitable for contemporary music, dance and opera, in contrast to the more conservative institutions such as the Paris Opera Garnier.

A scandalous first season in the French capital

The Théâtre des Champs-Élysées opened in 1913 to host the Russian Ballet for its scandalous first season, which climaxed with the première of ‘The Rite of Spring’ (pictured below), a ballet with music by Igor Stravinsky, choreography by Vaslav Nijinsky, and produced by Sergei Diaghilev. 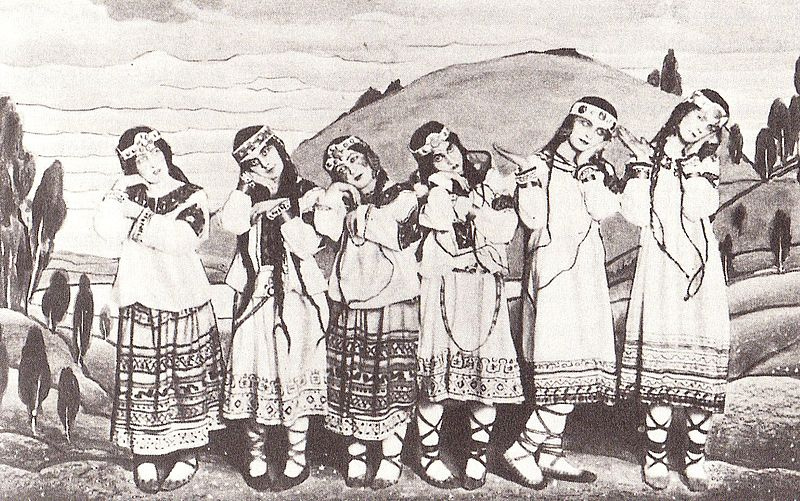 The intensely rhythmic score and primitive choreography shocked the audience that was more accustomed to the elegant conventions of classical ballet.

“A certain part of the audience was thrilled by what it considered to be a blasphemous attempt to destroy music as an art, and, swept away with wrath, began very soon after the rise of the curtain, to make cat-calls and to offer audible suggestions as to how the performance should proceed.

The orchestra played unheard, except occasionally when a slight lull occurred. The young man seated behind me in the box stood up during the course of the ballet to enable himself to see more clearly. The intense excitement under which he was labouring betrayed itself presently when he began to beat rhythmically on top of my head with his fists. My emotion was so great that I did not feel the blows for some time.”

The unrest in the audience degenerated into a riot and although the police arrived during the intermission, chaos reigned for the remainder of the performance.

The theatre is one of the few major examples of Art Deco architecture in Paris. Perret’s building is an early example of reinforced concrete construction and was thought at the time to be shockingly plain in appearance. The building’s concrete construction was not merely a stylistic choice, due to the subsoil conditions and the site’s proximity to the Seine, which made the use of concrete a necessity. 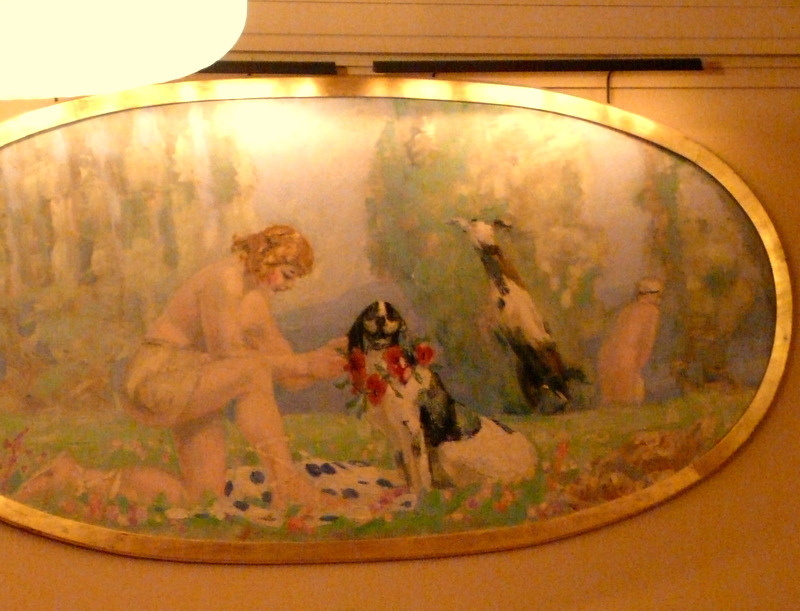 The building has an exterior bas-relief by Antoine Bourdelle (pictured at the top) and paintings by Édouard Vuillard (above) and Jacqueline Marval (below). 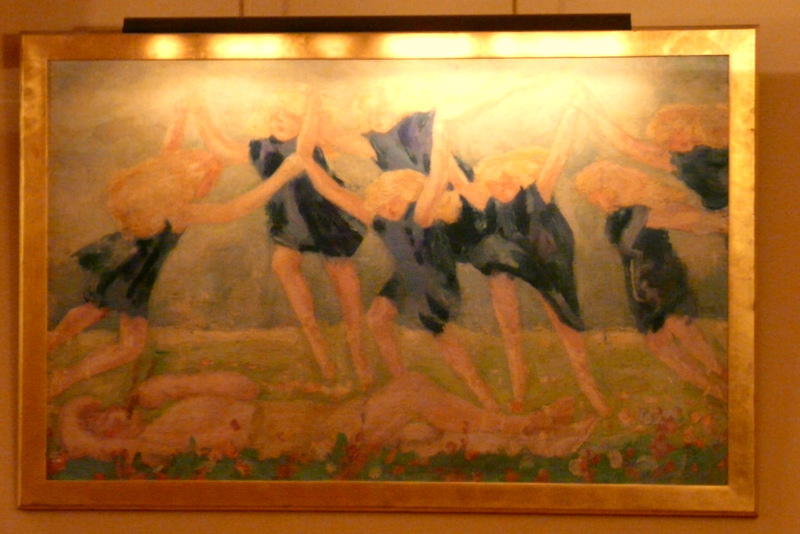 It has a dome by Maurice Denis… 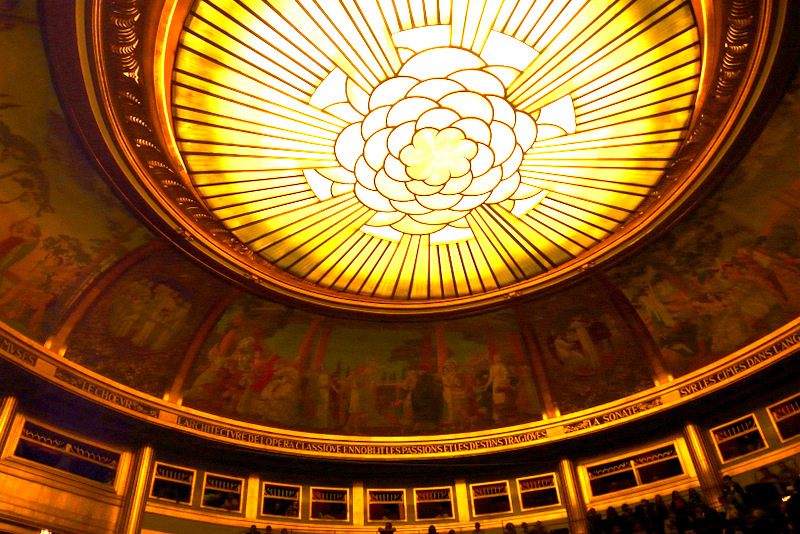 And many other beautiful Art Deco features… 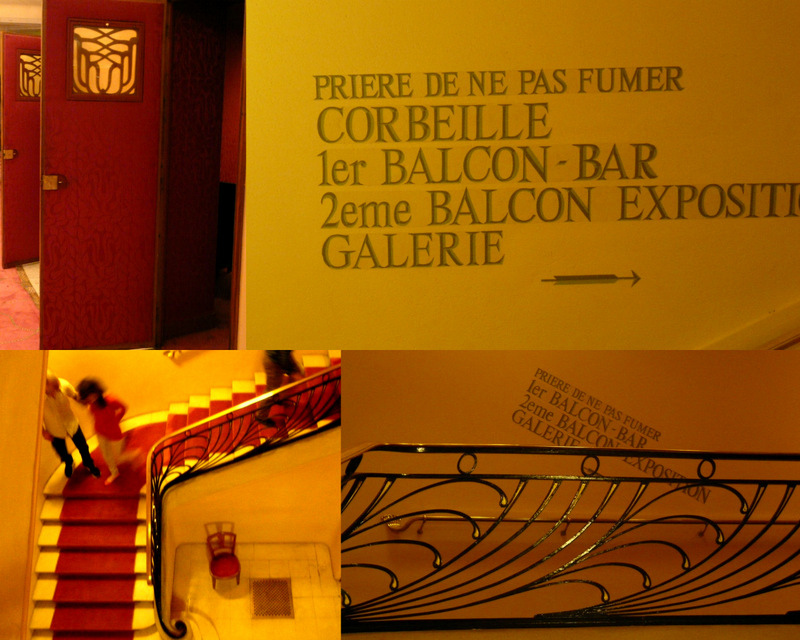 By 20 November, 1913, Gabriel Astruc was bankrupt. He was thrown out of the theatre, and the sets and costumes were impounded. The following season consisted of operas presented by Covent Garden and the Boston Opera Company.

The theatre will be celebrating its centenary this Spring and will feature the infamous ‘Rite of Spring’. Guided tours of the theatre are available by reservation.

Image Credits:
1. Théâtre des Champs Elysées, on Wikimedia Commons
3. Rite of Spring, on Wikipedia
All other images by Henrietta Rich