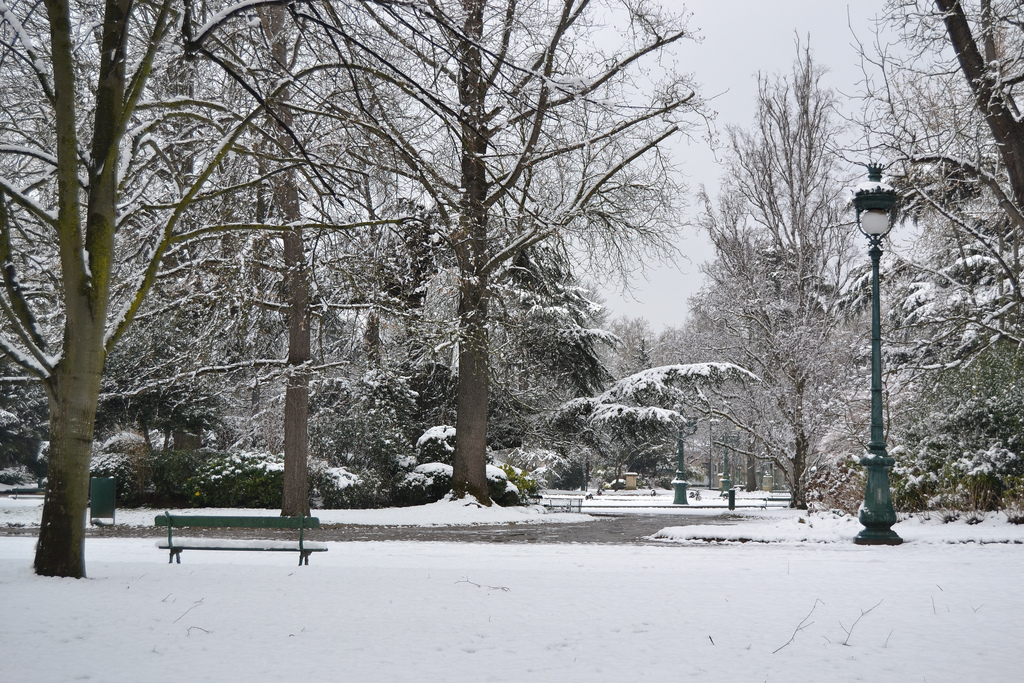 My time was running out. In Toulouse, snow is rare. Not only is it rare but it doesn’t last. Armed with my camera, I braved the polar chill – most unusual for the South of France!  On the first day of the holidays, the marvellous Toulouse had been transformed. One last burst of winter before spring. 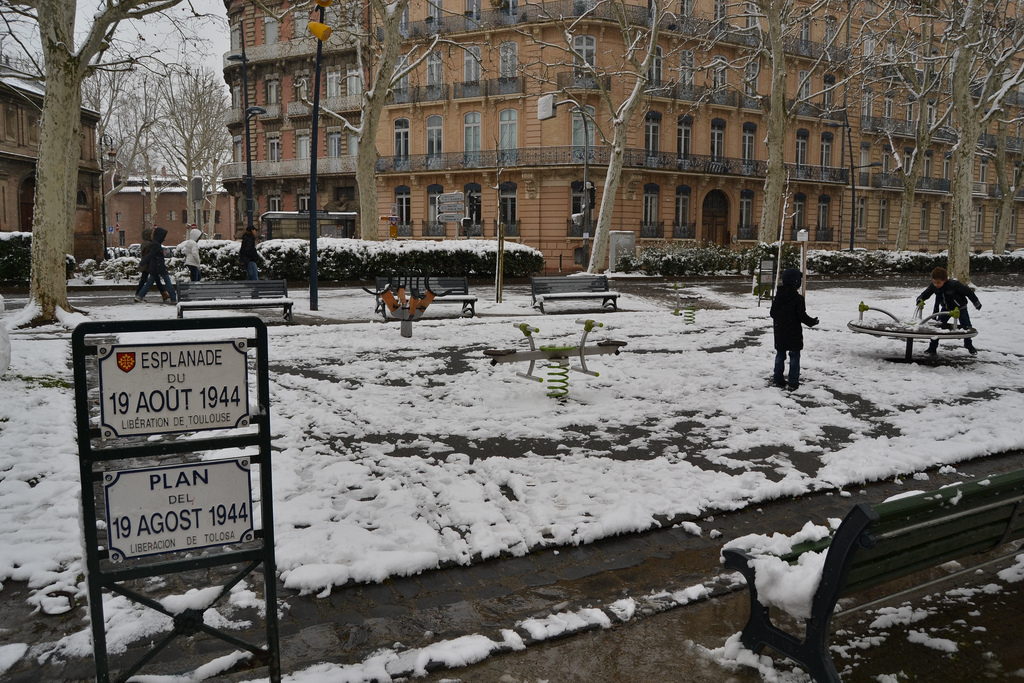 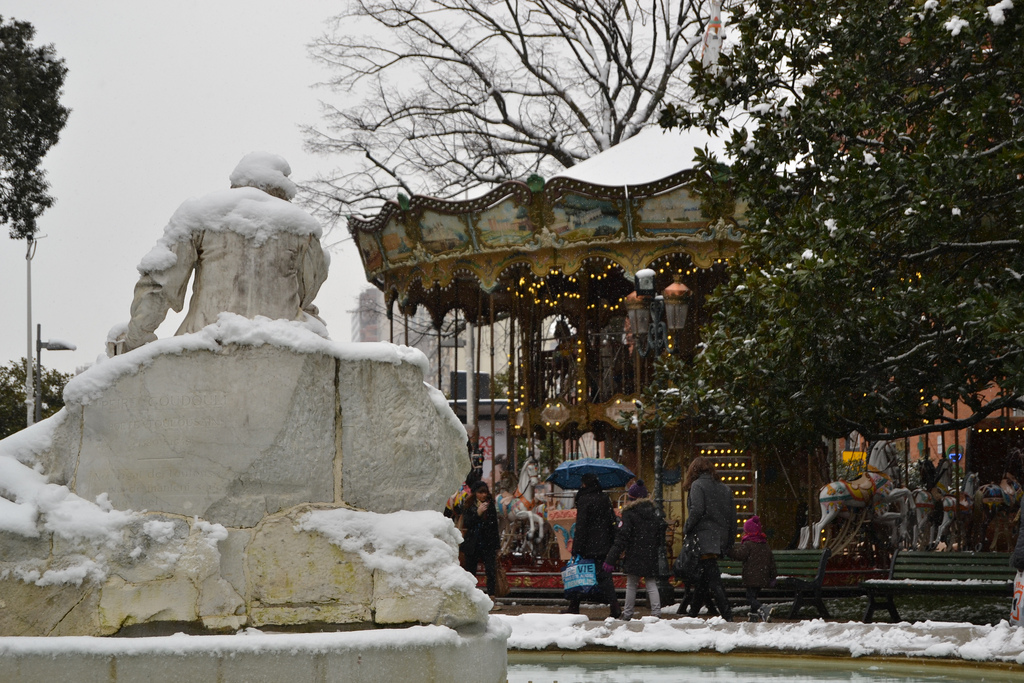 In the space of a day, the pink city is turned white. Recently, snow storms have been occurring all over France, but Toulouse resisted. Bad weather is widespread and, despite pleading with the skies, the snow lies in wait. Then, on a Sunday evening, the holiday weekend for French schoolchildren, it finally arrives. The white gold, if I may call it so, or the plague as others would prefer, finally falls from the sky. 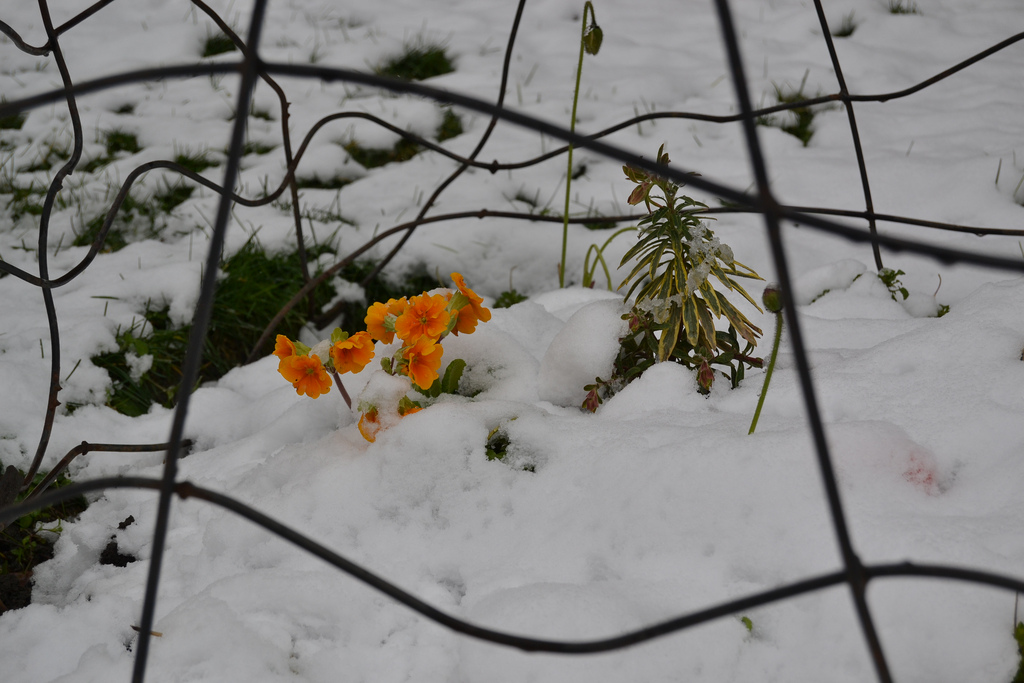 In the morning, everything is white. The rooftops glisten, the trees put back on their winter cloaks. It is time! The closed parks are once again covered in a white fur coat. It is early; nevertheless, people squeeze into the streets to take pictures of the city. In the South of France it is quite an event. A few children play in the snow like it is Christmas day while ephemeral snowmen keep watch over them. 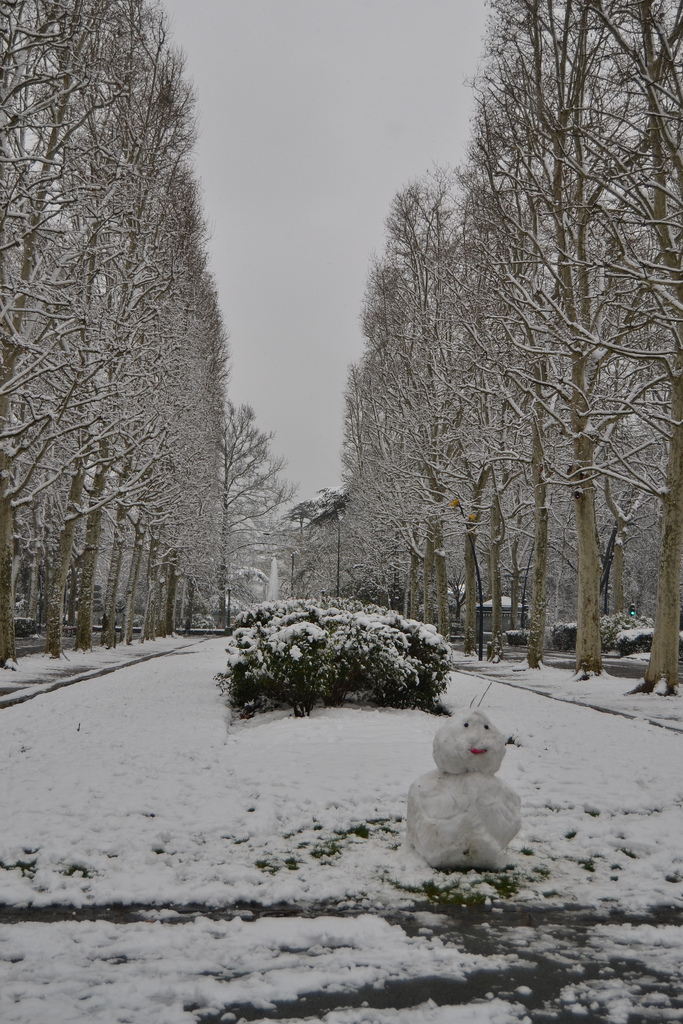 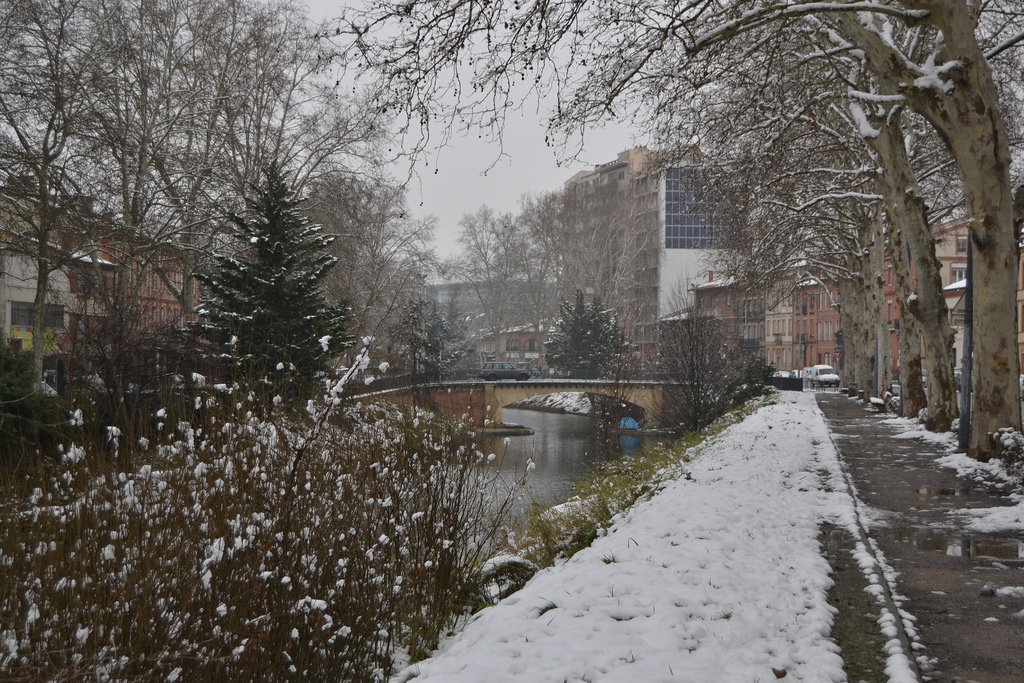 I am caught unaware by a ball of snow that falls from the trees. The snow is melting quickly. It will not stay for long. 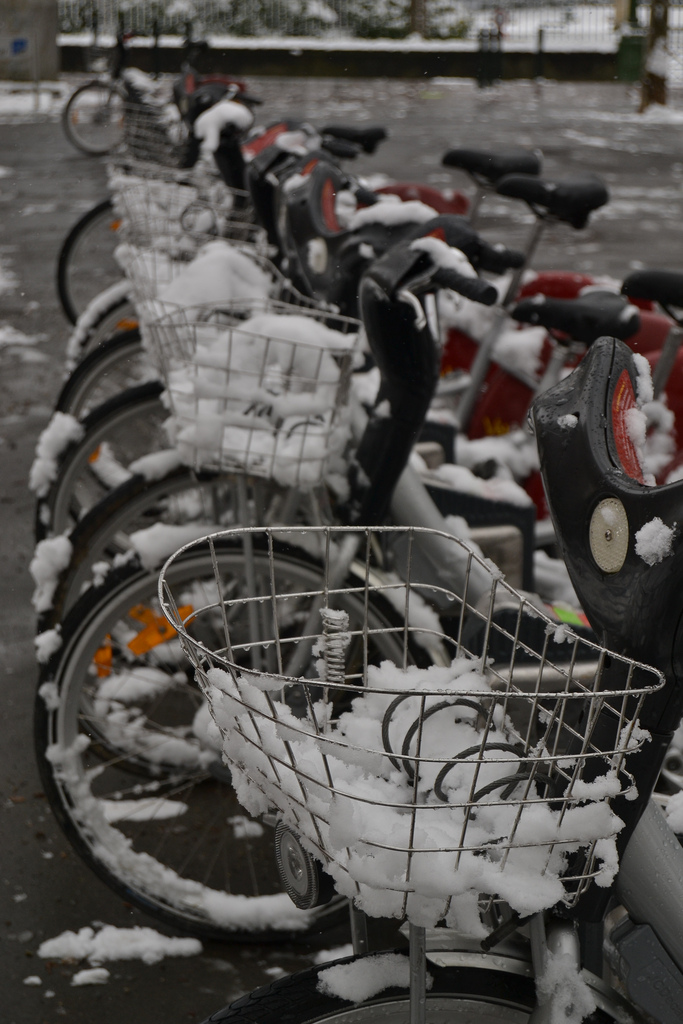 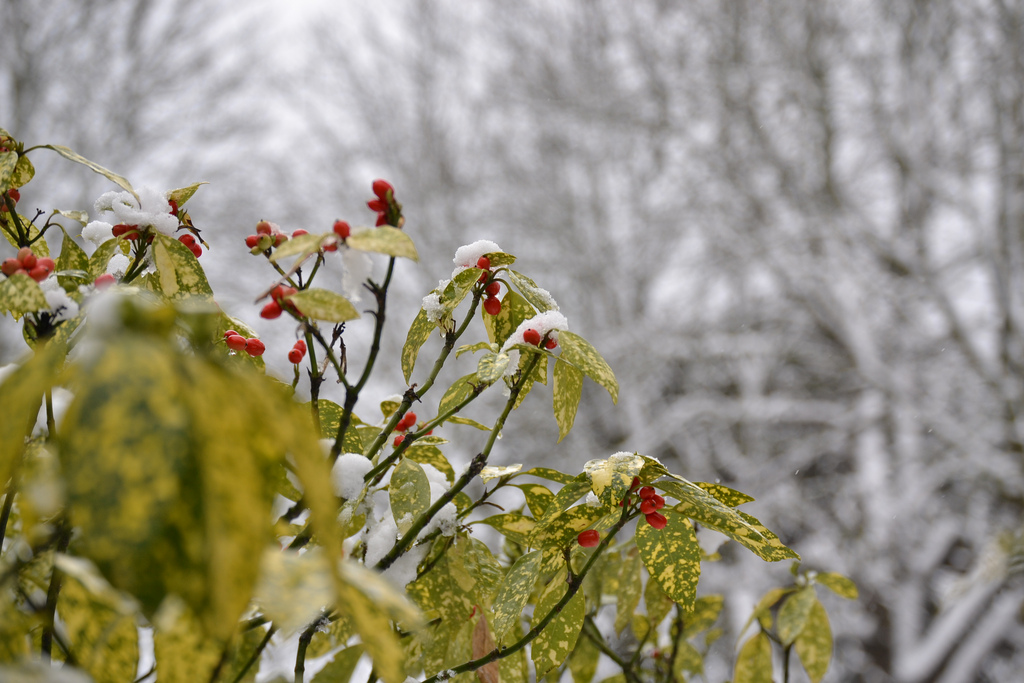 The banks of the Midi canal are calm, as always. The silence is almost deafening. The trees wash their leaves in the crystalline water. The snow is already starting to disappear as the weather resumes its normal course. The holidays in France are coming to an end and all trace of the wintry cold will be cleared with the arrival of spring.