WIN 1 of 3 passes to Melbourne French Theatre: French playwright Marivaux under the spotlight 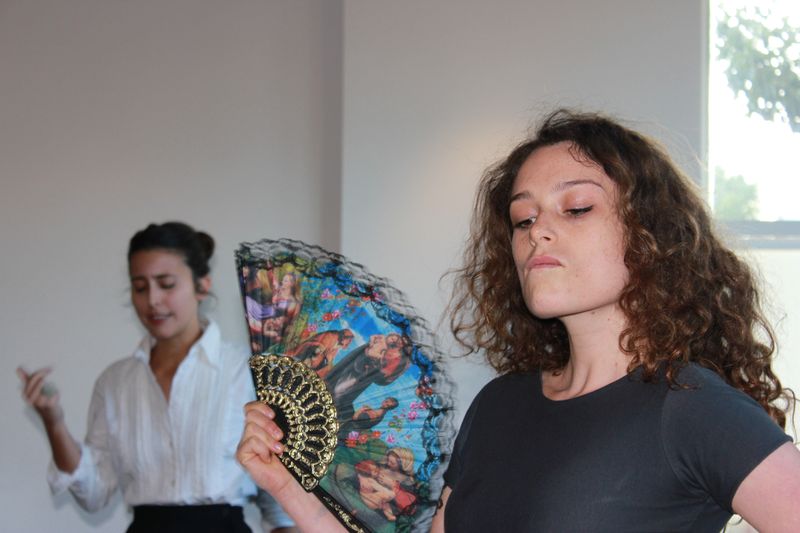 The Melbourne French Theatre will present the romantic comedy ‘Double The Risk in Love’ in just a few days’ time. Written by French dramatist Marivaux at the beginning of the 18th century, the production was perceived as a revolution of the genre – as was his previous play, ‘Les Surprises de l’Amour‘.

The adaptation of La Double Inconstance by the American director Paul Terrell will be performed in Melbourne from May 7 to 11, 2013, in French with English subtitles.

Marivaux – whose real name is actually Pierre Carlet de Chamblain de Marivaux – is a famous French character from the 18th century. A journalist, novelist, philosopher and above all, dramatist, he created around 40 theatre plays in his life. He tried several genres but is well known for light stories about happiness and misfortune in love. In French, the common word marivaudage (light-hearted banter) is attributed to him. 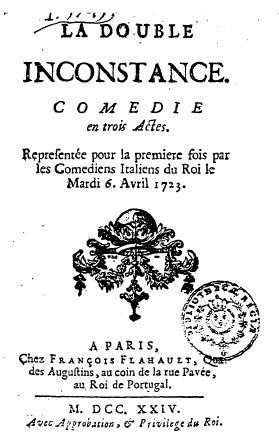 He wrote La Double Inconstance in the early 1720s. A comedy in three acts, written in prose, it was performed for the first time on 6 April 1723 at the Hôtel de Bourgogne in Paris, by the Comédiens Italiens. Marivaux enjoyed the Italians’ acting, and became the company’s assigned author from 1722 to 1740.

It was only after a few setbacks in the French theatre realm that Marivaux turned to Italian theatre. He first decided to take his fantasy Arlequin poli par l’amour to Italian theatre. It was the beginning of success for Marivaux. La surprise de l’amour, Le jeu de l’amour et du hasard, Les fausses confidences and of course La double inconstance are considered standouts amongst Marivaux’s 40 plays.

Today, Marivaux remains among the five most played authors at the Comédie Française after Molière, Racine, Corneille and Musset. 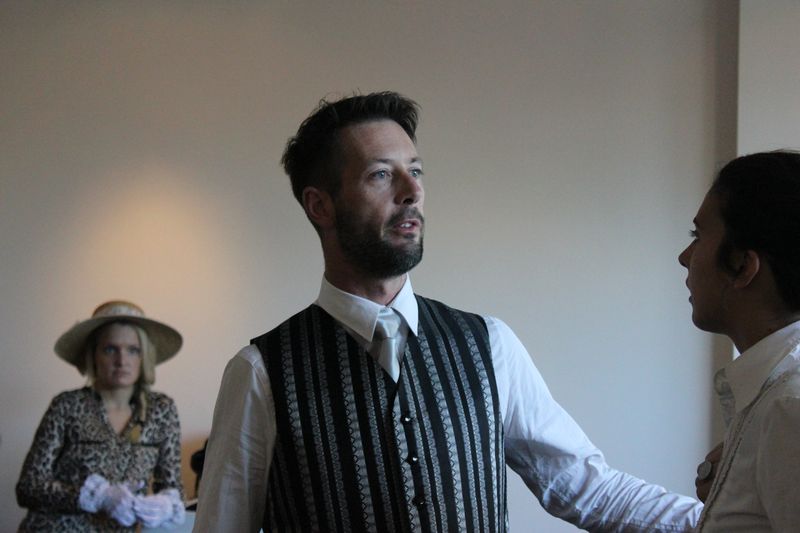 The story of La double inconstance, either translated as ‘Double the risk in love’ or ‘Double infidelity’, can be summarised by the words ‘love’ and ‘manipulation’.

A country girl named Silvia has been captured by a prince, who loves her. But she’s besotted with Arlequin, a charming man from her town. Flaminia, one of the Prince’s advisors, and other servants try to break the bond between Silvia and Arlequin. Despite their hesitation in
being unfaithful to each other, the two lovers slowly drift apart, manipulated by others. Indeed, Silvia falls in love with her ‘court officer’, who appears to be the Prince, while Arlequin gets closer to Flaminia…Does the story end with two harmonious weddings?

This new adaptation of La Double Inconstance mixes commedia dell’arte with fresh modern theatre. This is Paul Terrell’s first time directing in another language. The American stage director, who graduated from Melbourne’s Victorian College of the Arts Theatre in 2008, is mainly interested in absurdist theatre and adapting non-fiction to the stage. Amongst other work, he has already brought two French writers, Eugène Ionesco and Alfred Jarry, to the stage. 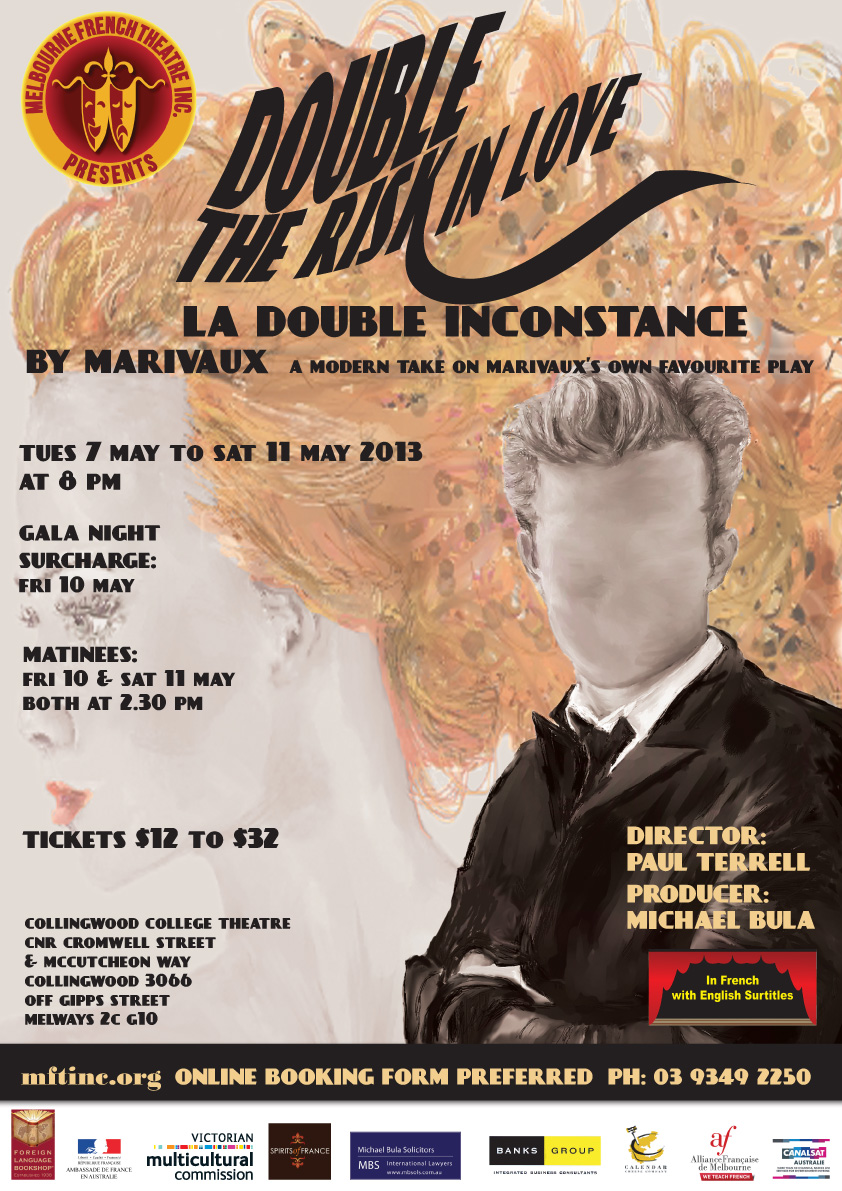 La Double Inconstance is the 83rd production by the Melbourne French Theatre since its foundation in 1977. It’s also the eighth Marivaux play produced by the theatre, which already presented Le Jeu de l’Amour et du Hasard in 1986, 1988 and 2005, Les Fausses Confidences in 1992 and 1993, Le Petit Maître Corrigé in 1997 and Le Triomphe de l’Amour in 2002.

The French Melbourne Theatre has also produced numerous plays written by George Feydeaux, and adaptations of movies by Francis Veber as well as films by Agnès Jaoui and Jean-Pierre Bacri. The next performance at the Melbourne French Theatre is slated for September 2013 and will be, in fact, an adaptation of ‘Dear Tax Office’ by Francis Veber.

WIN 1 of 3 double passes to the Melbourne French Theatre

MaVieFrançaise® magazine and the Melbourne French Theatre would like to give three lucky members the chance to WIN a double pass to the play ‘Double the risk in love’ in Melbourne.

2. In a COMMENT below this article, tell us which French author or playwright you like most, and why.