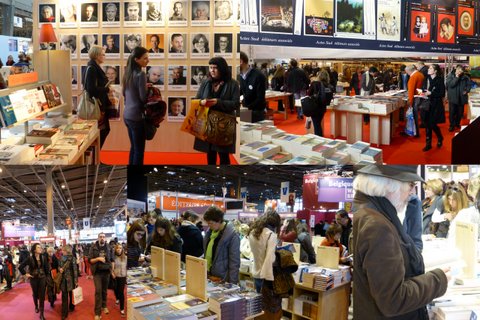 The Paris Book Fair celebrates readers, writers, publishers and the innumerable professionals involved in the book trade. Each year approximately 2,000 international authors and around 30,000 professionals attend the French fair and participate in debates and conferences.

The annual Salon du livre de Paris is the number one meeting place for all bookaholics, as well as industry professionals. The French exhibition hall is a labyrinth of stands touting new literature and a myriad of publishing houses.

I visited the Paris Book Fair this year on the opening day, at the Porte de Versailles exhibition hall, in the south of the French city. International stars of fiction and non-fiction come here to talk about their new books and to meet their readers, who invariably have to wait in line for hours to have their copy signed, dédicacé.

I spent two hours waiting to meet Amélie Nothomb, a supremely successful Belgian author, whose books are translated and sold worldwide. She is one of my favourite francophone authors, so I was delighted to meet her. She is an eccentric character and has a uniquely affectionate relationship with her readers. She told me, whilst signing ‘Barbe Bleue’ and sipping champagne, that her family originally came from England, from Northumberland, hence her surname. 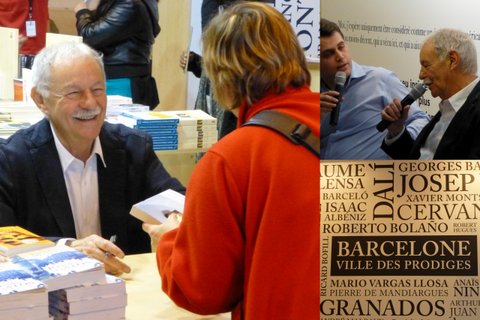 The French Fair always features a guest country or city and this year the guests of honour were Romania and the city of Barcelona. One of the authors representing Barcelona was Eduardo Mendoza, who is perhaps best known for his series about an anonymous detective and former psychiatric patient. His novels parody modern life and at the Paris Book Fair Eduardo talked about his latest novel, ‘An Englishman in Madrid’.

A day out for French school kids 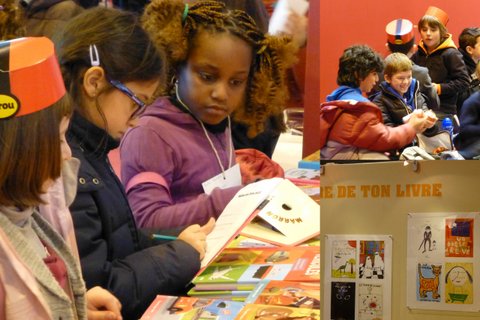 This year extra space was given to children’s literature, comics and the world of manga. Indeed, the opening day was inundated by French school outings and there were coach loads of visitors under the age of 18.

One of the numerous activities available for the young visitors was a workshop to design their own book cover and for both old and young crafters, lessons in ‘up-cycling’ old books. 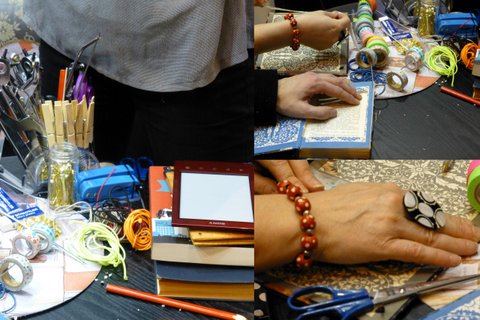 The newest additions to the 2013 French Book Fair

An important new feature this year was the creation of two new spaces: the ‘Art Square’, dedicated to artists’ limited editions, historical texts and book binding, and the ‘Square Culinaire’. 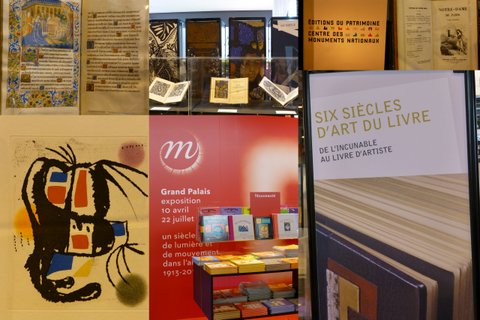 The Musée des Lettres exhibit celebrated six centuries of printing and publishing with original editions of such French literary greats as Michel de Montaigne, Victor Hugo and Jean de la Fontaine, amongst others. 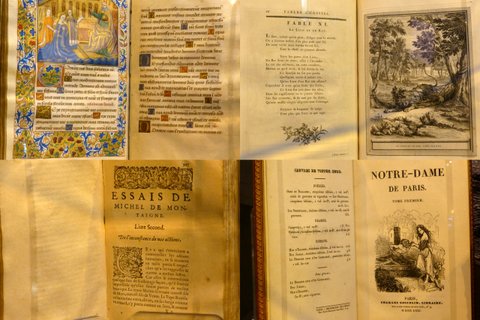 The French obsession with good food

The oh-so-French Square Culinaire presented 600 m2 of cookbooks, both real and virtual. The demonstrations by celebrated chefs attracted large crowds with culinary stars such as the omnipresent French television chef Cyril Lignac, the chef patissier Christophe Felder below, who was promoting his pâtisserie application for iPad, and cupcake decorating à la française with Chloé Saada, who makes traditional cupcakes, but also sugarless, vegan and gluten-free cupcakes. 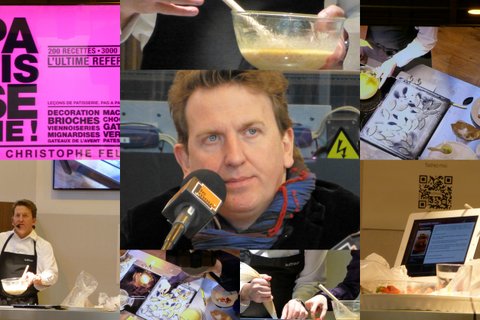 The Fair also promoted new methods of creation and distribution with more than 30 exhibitors in the digital publication sector. 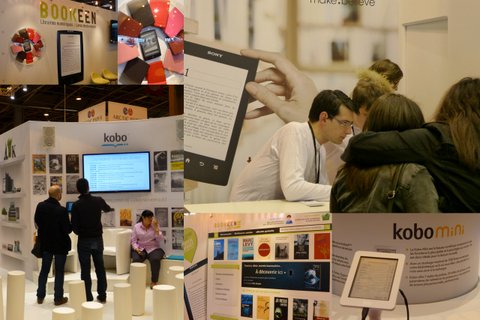 You can travel back in time and watch this video of the fair, in French, from the Livre de Poche – Revivez le Salon du Livre.

What do you think about the paper book vs ebook debate? Could you give up real books in favour of ebooks? I know I couldn’t.