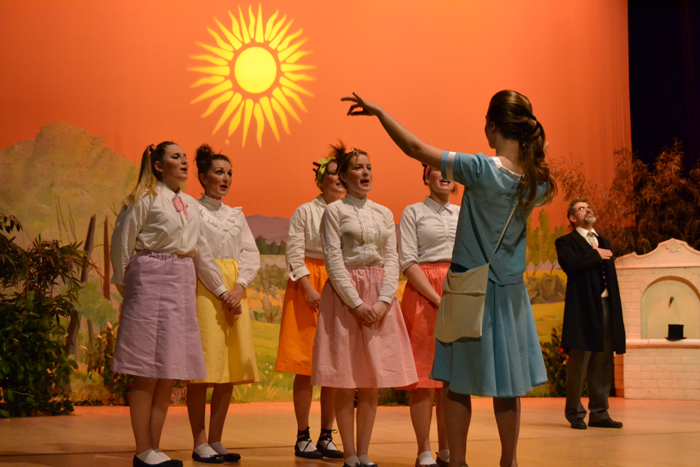 They’re a group of fifteen, aged between 15 and 18, and love theatre. Every year, the Maïti Girtanner acting troupe from the Lycée Saint-Jacques-de-Compostelle make an appearance at the Atrium, in the city of Dax in the Landes region.

And like every year, it is an opportunity to (re)discover the great classics of French or foreign theatre, as well as the works of Gerard Lavayssière, French and literature teacher at the Lycée. The teacher’s choice this year was ‘Intermezzo’, by Jean Giraudoux.

A satire of well-to-do French society

In 1933, in a small French village, the well-ordered life of the inhabitants is turned upside-down by the visit of a ghost, who has eyes only for the young Isabelle, the village’s new teacher. Each evening, the two souls meet together. Faced with the emerging scandal, an inspector is dispatched to return things to order. 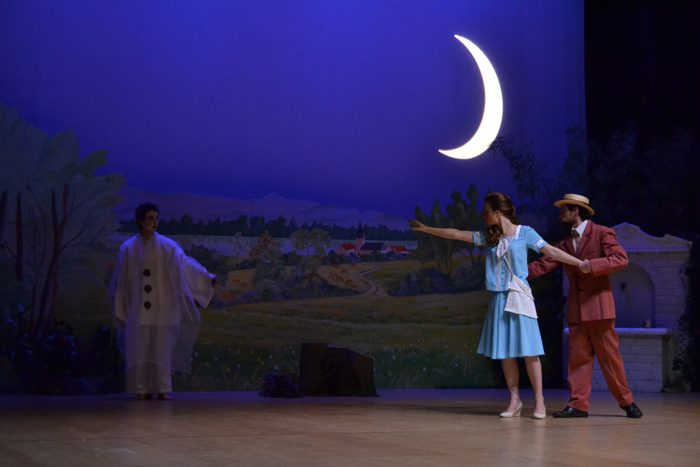 The students are entrusted to a weights and measurements supervisor, (contrôleur des poids et mesures) but he is in love with Isabelle, and thanks to this love, reciprocated bit by bit, the teacher will be led back to the world of the living. By renouncing the ghost, she agrees to become a rational woman and life gets back to normal.

A comedy about death, Giraudoux paints a satirical portrait of rural France from the start of the century. The beautiful scenery and costumes hark back to the world of Auguste Renoir and the impressionists. Modelled on the inspector, inspired by the characters of the Commedia dell’Arte, it is the civil servants of the Troisième République that are actively critiqued. In this overly ordered world, the ghost personifies the poetic face of the voyage into the unknown.

Maïti Girtanner, a French member of the resistance during the war, has given her name to the troupe, also accepting to become its sponsor. This is truly an honour for all of those who have once been a part of the troupe. Since its beginnings in 1992, the acting troupe has seen numerous students come and go, some of whom found there their true calling.

Each Wednesday, the young actors meet up with Gérard Lavayssière, who puts aside his role as teacher in order to take on that of director, so as to prepare for their annual performance.

Acting for a good cause 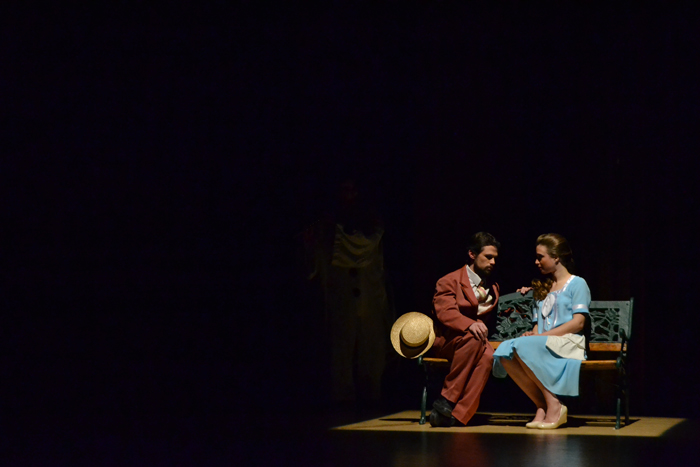 This year, a third date has been added to the calendar of performances. A special evening, where all profits will be sent to the French organisation Capucine, which helps children suffering from Leukaemia and encourages bone marrow donations. Let’s give a round of applause for this troupe of young talent, and allow Gérard Lavayssière to conclude:

“The moral of this comedy about death is clear: let’s accept our human condition, not in a fatalistic manner, but by trying to make it more beautiful.”