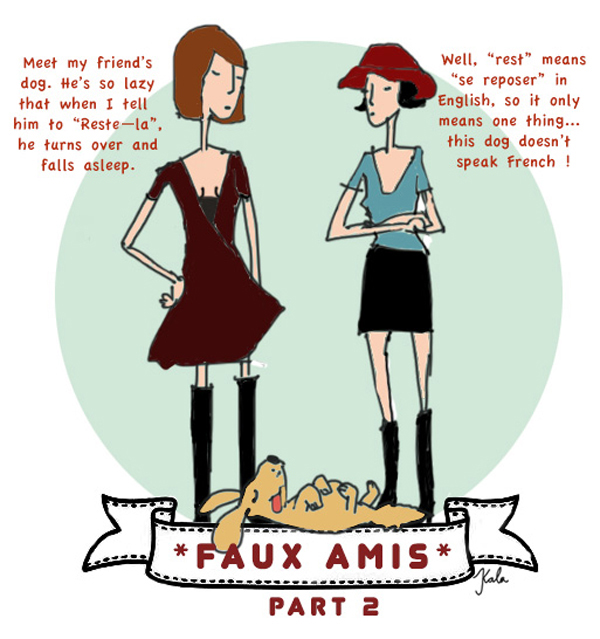 How good is your French? I do not in fact advocate fluency where fluency is not going to happen, and I always insist people try to not worry about it too much. As long as you get your message across, it really doesn’t matter so very much.

There are, however, a few pitfalls and many a person has found themselves in a difficult situation because of a misunderstanding.

Apparently there was an incident in World War II when a French commander told a British commander “nous controlons la situation” which, to the British ear, meant that they had control of the situation. But it meant “we are checking out the situation”. It resulted in a disaster that cost lives.

The French call these “les faux amis” – false friends. We just call them misunderstandings. So, exceptions to the rule, accents and situational differences notwithstanding, here are a few:

The English word control is maîtriser in French. The French word contrôle means a test or verification.

A prune in English becomes a pruneau in French, whereas the French word une prune is a plum.

To rest in English becomes se reposer in French, but the French word rester is to stay or remain.