The celebration of the vintage bike in the heart of France 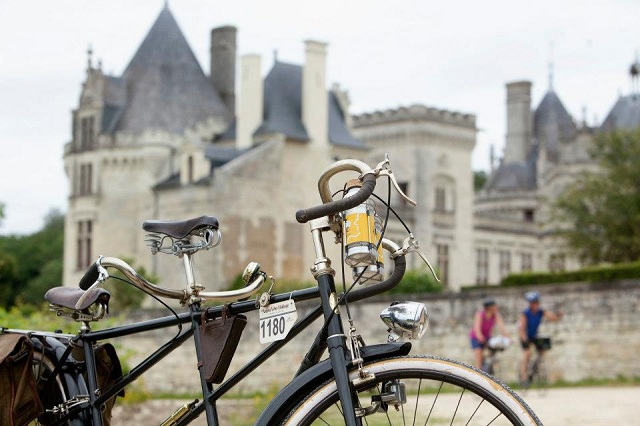 The Anjou Vélo Vintage celebrates the history of the bicycle through various programs and activities, including a retro-inspired ride around the castles of the Loire Valley between 22-23 June.

Established in 2011, the Anjou Vélo Vintage ride was met early on with much enthusiasm from cycling lovers. Coming from all corners of the globe (the US, Japan and Europe, amongst others), the participants mount their vintage bikes in period dress for an 82km ride, or three courses consisting of 35, 46 or 87km past the castles of the Loire Valley, vineyards and several French villages.

On the whole, the concept is quite simple: be the owner of a bike dating from the 20th century (up until 1987) and don clothes from the same period as the bike. Approved men’s attire includes knee breeches, suspenders and caps, while dresses, scarves and hats make up the essentials for the female participants. 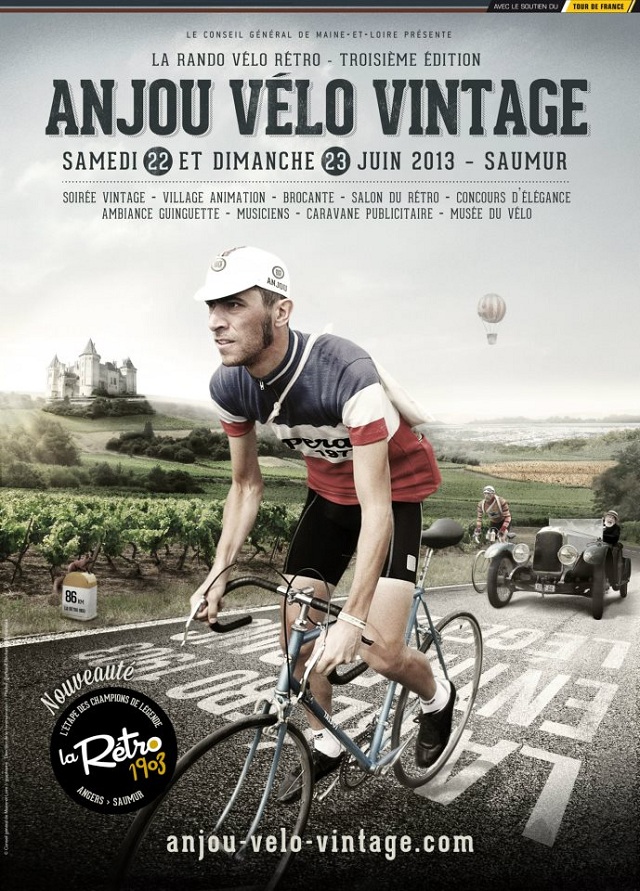 This year, the ride was inspired by the 100th anniversary of the ‘Grande Boucle’. Since the first Tour de France in 1903, cyclists departed from Nantes for Paris through the roads of Anjou for the last stage of the race. It’s a way to celebrate this anniversary and to pay tribute to the “convicts of the road” who, more than a century ago, set off on an adventure of more than 3000km – a race which still has its best days ahead of it.

Cycling in the Loire

The 82km ride, renamed ‘The Retro 1903; The Legendary Ride of Champions’, will cross the cities of Angers, Brissac and Saumur on 22 June, right in the heart of the Loire region.  A lunch break is scheduled at the Château de Brissac before arriving at the beautiful village of Saint-Hilaire-Saint-Florent, which is famous for its wine. The race will be started by a legend of French cycling, Raymond Poulidor. A frequent occupant of the podium but having never won first place, “the eternal second” will be accompanied by Jean-Marie Leblanc, former director of the Tour. 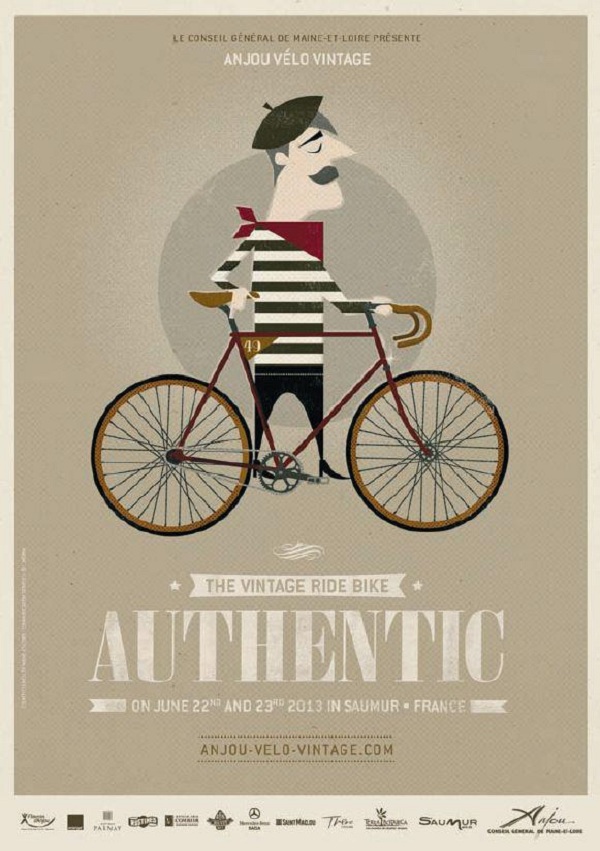 A 17000m2 village will be set up in Saumur, surrounding this race, with a hundred or so exhibitors. Various programs and activities are organised, such as the Anjou Vélo caravan, a near replica of the Tour de France caravan, only retro-themed. Cars of the era (Renault Caravelle 1966, Citroën Torpedo 1923) and old four-wheeled publicity vehicles will also follow the cyclists over the weekend.

The second concours d’elégance will also be taking place in Saumur. Free and open for all to participate in – solo, tandem or in a triplet – this uniquely French event rewards the most distinguished participants in four main categories: authenticity, trendiness, glamour and sportiness.

At the Retro 1903, the brand Rustines will bring back its famous trophy, which was once the glory of the cycling greats in prestigious races such as the Tour de France and the Criterium National de la Route. The Anjou Vélo Vintage Rustines Trophy will reward the most stylish of the Retro 1903 participants. Another village in Angers will be set up for contestants to get their bikes ready and spruced up before the race.

What about you? Would you be tempted to set off on a bike ride into the past?