French fashion: The history of the timeless ‘marinière’

Who would have thought that a simple military garment would one day become a wardrobe staple of fashionistas? Not many, let me tell you!

However, in the 1900s the famous marinière – the simple striped tee-shirt – would have its moment of glory. So much so, in fact, that many big names in French fashion would take an interest in it. Re-inventing the classic garment with each spring/summer collection, these designers would make the marinière one of the most famous items of clothing.

Time to discover the history behind the striped shirt from France. 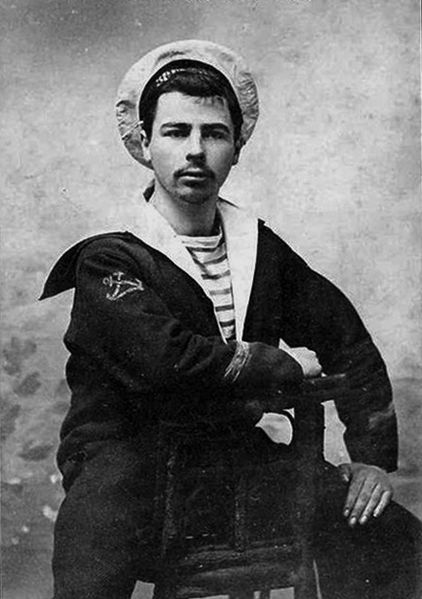 Far from the fashion world, the marinière originated in the national French Navy. Also known as the tricot rayé (striped undershirt), the marinière was actually one of the uniforms that the ordinary seamen of the national army wore. A simple working uniform, without any emblem or symbol, the striped shirt served as the sailors’ undershirt in the 1800s. Interestingly, men’s underwear didn’t even exist at this time. The marinière therefore played this role. It came to the knee and was known for its comfort.

In 1858, the French army officially adopted the garment by official decree from the armed forces, which gave a strict and precise description of the true marinière. It prescribed the number of stripes, their colour, the material of the shirt, and the length of the sleeves. These criteria would distinguish it as the real deal.

This basic shirt would have gone by unnoticed and never entered into the fashion world were it not for a young avant-garde designer who decided otherwise. At the beginning of the 1900s, the French designer Coco Chanel took the risky gamble of making this item of menswear into women’s wear, forever changing the fate of the marinère.

The marinière; darling of French designers 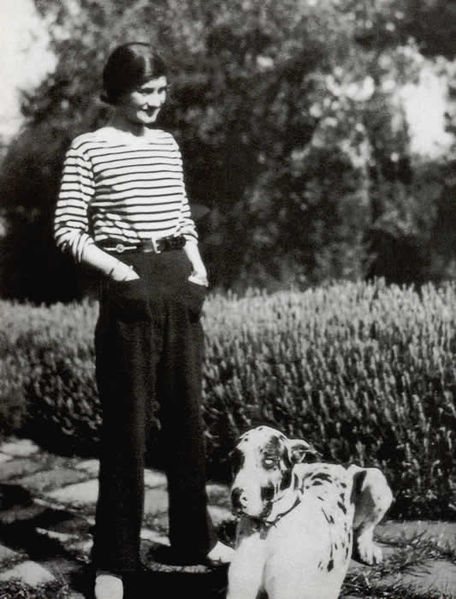 During her frequent trips to Deauville, having noticed the sailors in transit, Coco Chanel had quite the novel idea. Known for her unconventional tendencies, she took a risk that certainly paid off. In her quest to create practical outfits for women, she proposed a short and comfortable marinière that preserved all the main characteristics of the sailors’ version. This was the beginning of the marinière in the fashion universe.

At first it was worn by holiday-goers at seaside resorts, but this striped tee-shirt quickly became a must-have look and took over French women’s wardrobes.

Year after year numerous French designers have taken an interest in it, revising it according to the various trends over the decades, so that the marinière has found itself a permanent place in the spotlight. From Yves St Laurent to Sonia Rykiel, and even Jean-Paul Gaultier, the biggest names in French fashion have succumbed to the charm of this stripy tee-shirt.

As Jean-Paul Gaultier once said, the marinère has become one of the most famous wardrobe basics and one of the symbols of ‘Made in France’ fashion.

How often do you wear the marinière?