La Grande Boucle, a film inspired by the Tour de France, was released in cinemas in France on Wednesday 12 June, just a few weeks before the famous race begins in Corsica – just long enough to make cycling aficionados wait…

Before the professional riders take off, Clovis Cornillac kicks off the race with an appealing comedy about our passion for the Tour de France.

The story of a Frenchman’s passion for cycling 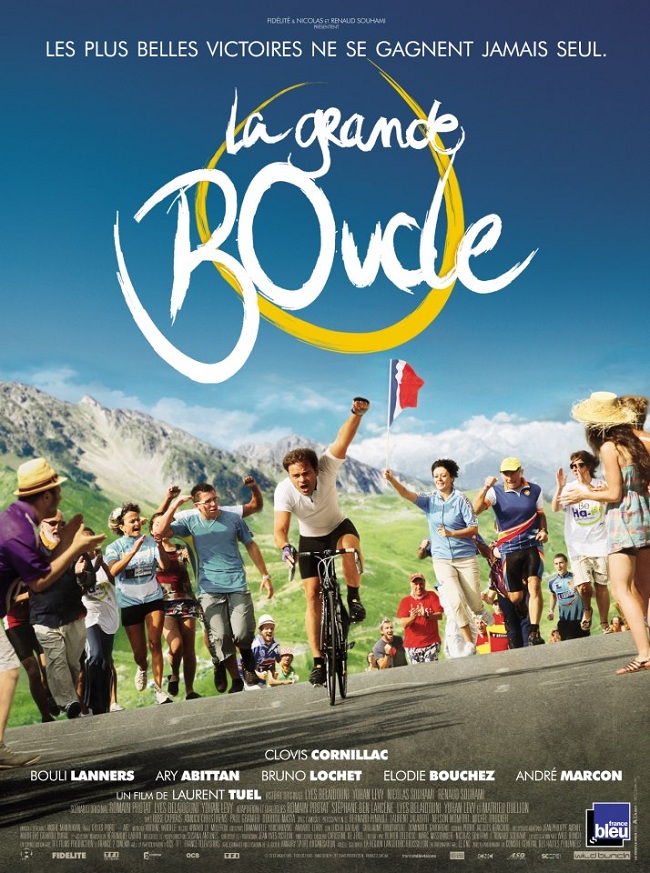 La Grande Boucle tells the story of François, a cycling enthusiast passionate about the Tour de France. A nobody, he decides to start riding the course one day ahead of the professionals, following the same course as the champions. Cycling is the only thing left in François’ life; his wife and his boss have both given him the flick, and his son doesn’t think much of him either. So François decides to pursue his childhood dream: completing the Tour de France.

Passionate and an expert on everything to do with the race, he starts cycling one day before the pros, so as to arrive in Paris before them. Alone at first, he soon finds that he is joined by a community who follows him and forms a peloton.

The public and the media go crazy for him, and even the leader of the Tour de France is jealous of the success that stems from François’ crazy idea. An unhappy man with no life, François soon achieves his dream, and his journey on La Grande Boucle – the French nickname for the Tour de France – helps him learn how to smile again and rediscover his joie de vivre. 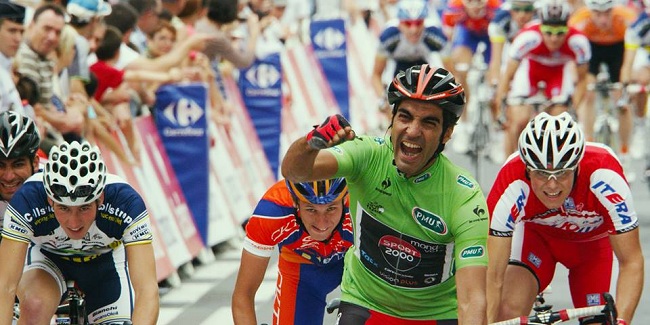 The comedy directed by Laurent Tuel (director of Jean-Philippe, starring Fabrice Luchini and Johnny Hallyday) features Clovis Cornillac, Bouli Lanners and Ary Abittan. Clovis Cornillac, one of the best actors of his generation, plays François Nouel, the hero who undertakes the Tour de France in his own way. He plays the role well, straddling the sadness following his marriage breakdown, his job loss; and his hopes of getting back on his feet by riding up mountains and of being reunited with his family.

He is supported by the entertaining Bouli Lanners in the role of Rémi – and as usual in a dark comedy, he has to deal with a spoilsport. Ary Abittan plays the yellow jersey who grows jealous of François’ success. An Italian accent on top of everything else, Ary Abbitan plays the perfect villain all the way through to the finale at the Champs-Élysées.

Keep an eye out for Laurent Jalabert and Bernard Hinault, two cyclists from the Tour who are credited in the film. Nelson Monfort, too, plays himself as the sports commentator on national television during the Tour de France.

The Tour de France above all else 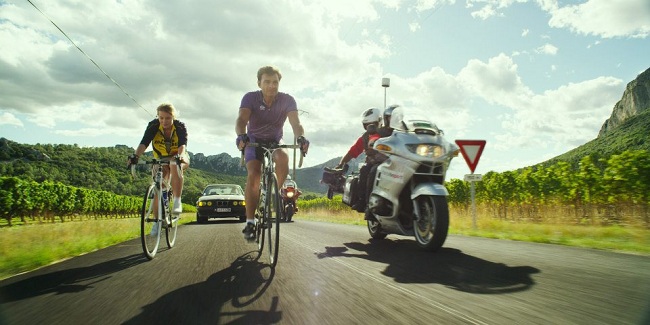 Thanks to the bond between François and Rémi, his directeur sportif on the Tour, this funny and touching comedy keeps you engaged the whole way through. Enlivened with breathtaking scenes from the Pyrenees and the Champs-Élysées, the cinematography is truly of a high calibre. From Paris to Col du Tourmalet in the Pyrenees, from Montpellier to the north, the diverse landscapes reflect the course of the real race that will take place several days later. A good way to make tens of thousands of spectators anticipate the real Tour de France.

Whether you’re in love with cycling, the French countryside or even touching comedies, you will enjoy this film for its original plot and its topical theme.

Will you be tuning in to the Tour de France in a few weeks’ time?