The Dreamtime comes to France: an Australian view from the Eiffel Tower 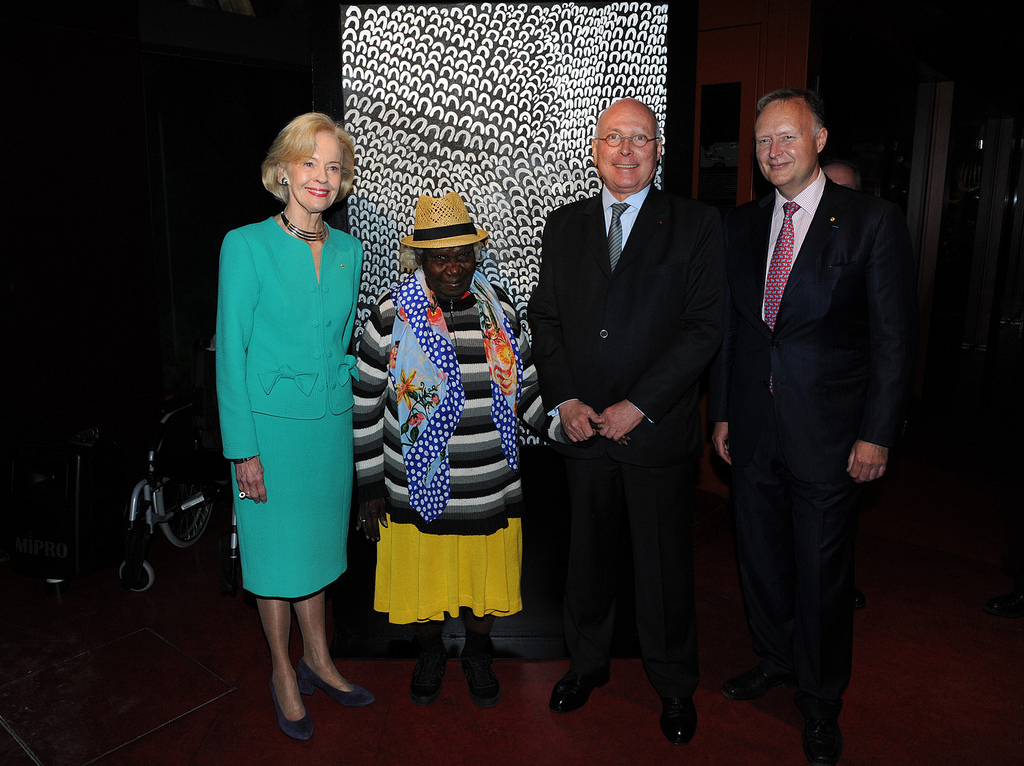 Eight million people scale the Eiffel Tower each year for the view over Paris. Now, among Notre Dame, the Louvre and Sacré Coeur, visitors will be treated to the sight of a great barramundi, floundering on the banks of the Seine, upon the roof of ‘Musée de quai Branly’.

The painting, which sprawls the nearly 700 square metres of the museum roof and terrace, was unveiled in Paris on June 6th.

Dreamtime, diamonds and dayiwul in France 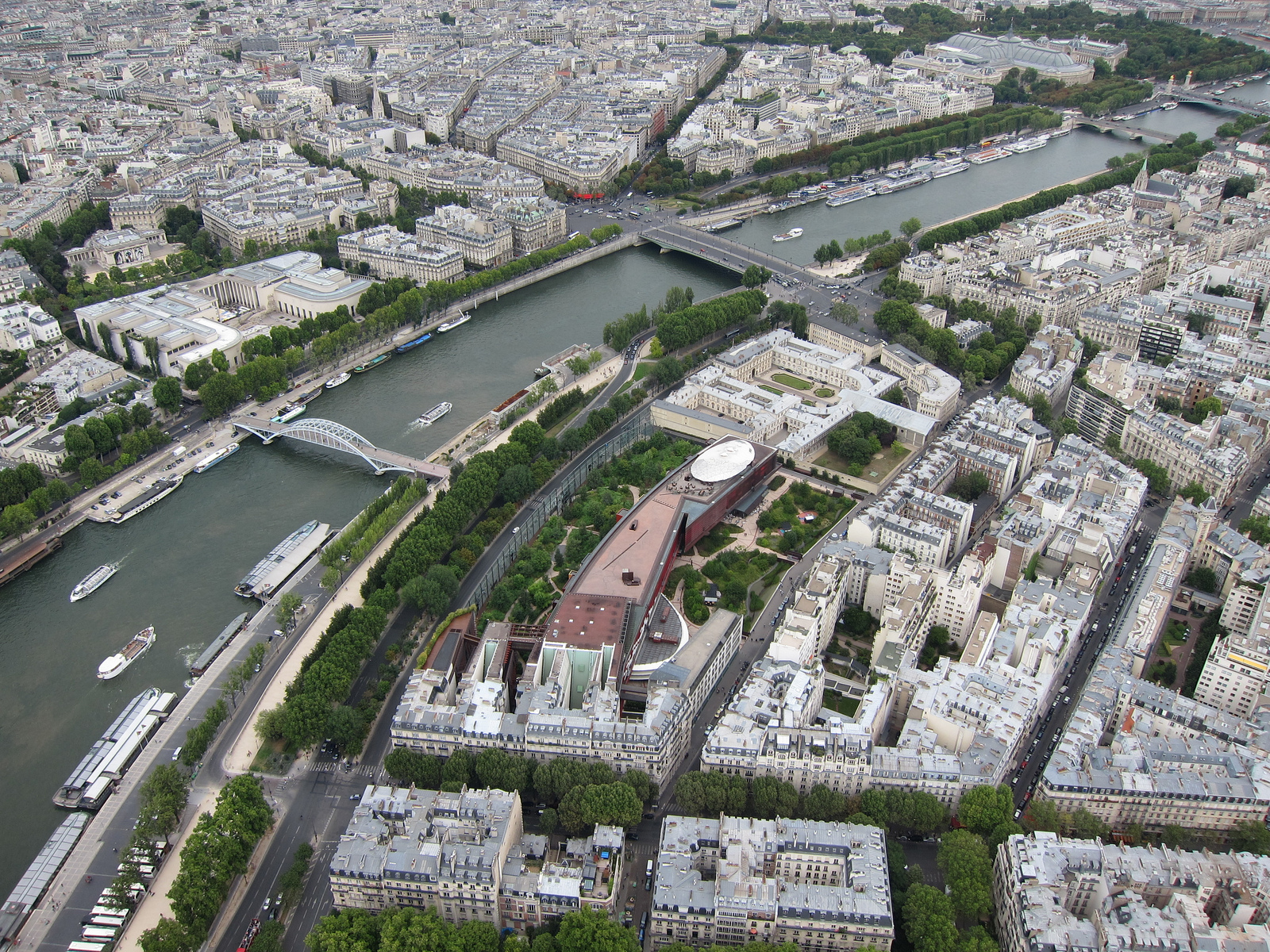 The painting’s artist, Lena Nyadbi of Western Australia, shed a tear as she reached the highest most point of the Eiffel Tower. From there she spied her Dayiwul Lirlmim (Barramundi Scales) prancing about the banks of the Seine, so far from her beloved southern land.

The painting illustrates the dreamtime tale of how diamonds came to be. According to ancient legend, passed down through generations, the barramundi escaped hunters by leaping out of the water. Upon landing on dry ground, the barramundi scattered its diamond scales over the earth.

The white arcing scales, painted on with the same paint used to mark road dividers, are tastefully visible among the terracotta chimneys and bustling grand avenues of the City of Light. It is a view that will tug at the heartstrings of Australian travellers and expats that spy it from now on.

Dayiwul Lirlmim isn’t the first piece of Nyadbi’s art to pierce the reputable sphere of the French art world. In 2006, then president, Jacques Chirac, commissioned another of Nyadbi’s pieces for a wall of the museum at quai Branly, which he opened in an endeavour to celebrate and bring light to international indigenous art.

The museum has received over 9.3 million visitors since its inauguration, seven years ago, and boasts the largest international collection of Australian indigenous art among other artworks from Oceanian, African, Asian, and American civilizations. Even the architecture of the museum building incorporates features of Australian indigenous art. The Barramundi Scales on the roof being, very literally, the icing on the top of it all.

Nyadbi, of the Gija people, quietly observed elders in her community for many years before herself picking up a paintbrush in 1998. She is now one of the most reputable members of the Warmun Art Centre in Western Australia. Her Barramundi Scales, commissioned with the support of the Australian Government and generous patrons, heralds a new era of international artistic demand. It also strengthens the trend for indigenous art, outside Australia – such as is the case in the United States and in other European countries such as the Netherlands.

Have you visited Musée de quai Branly? Have you seen other examples of Australian indigenous art in France?

Stay tuned for ‘A Guy’s Guide to Culture’ special on Nyadbi’s work for a partisan, Parisian perspective.

References:
1. Diamond dreaming lands in Paris – and on a grand scale, by Nick Miller, The Age.
2. Roof art in Paris opens window back in time, by Maria Alafouzou, The New York Times.
3. Tres bien, Barramundi scales the heights of art in the City of Light, by Harold Mitchell, The Age.
4. Warmun Art Centre.
Image credits:
1. The Australian Governor-General hands over custodianship of Indigenous artwork, by The Office of the Official Secretary to the Governor-General, via Flickr.
2. View of the rooftop from the Eiffel Tower before painting was added, by rougepied, via Flickr.
3. View from the roof of Musée du quai Branly, courtesy of Musée quai du Branly.