The views of a tropical French city: Noumea’s colonial lookouts 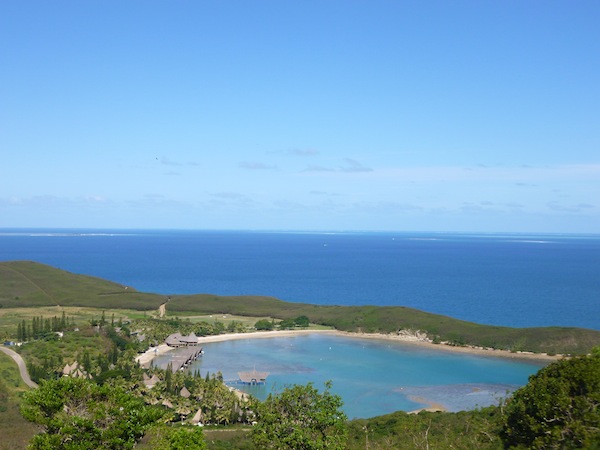 As an expat in the French territory of New Caledonia, I recently discovered a novel way to admire views of Nouméa, including the surrounding bays and lagoons, while also taking in a history lesson. Try combining military history with breathtaking views!

At the time of colonial settlement, and then again during World War II, strategic coastal locations were used for artillery defence of the capital. Today, three of them are now public lookouts.

Each of these vantage points offers a unique perspective of the city and beyond. From brilliant scenes of bays and distant reefs, to the city itself and a background of mountain ranges, these sites are beautiful places to learn more about Nouméa. 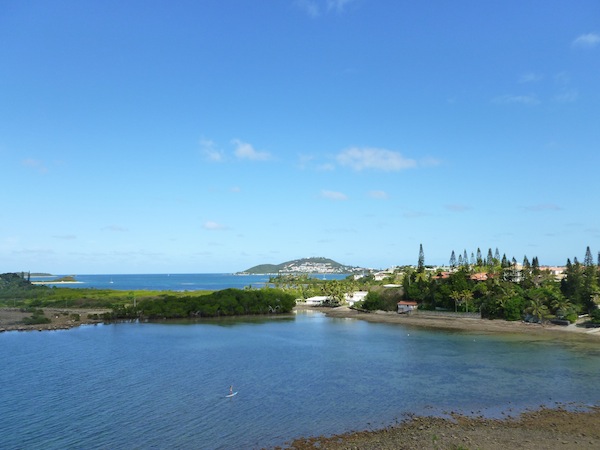 From the public pool at its base, to the 128 metre summit, Mt Ouen Toro is the active Nouméan’s recreational haven. This mountain, located at the south of the Nouméan peninsula, is often crowded with runners and cyclists who enjoy magnificent vistas of Nouméa and the bays after their arduous efforts!

Baie de Citron, Baie de Anse Vata and Baie de Sainte Marie all bask below, glittering in the mid-morning sunlight. In the distance, many islands, including Phare du Amédée and Islet de Canard, can be seen, as well as the mountains beyond Nouméa, including Mont-Doro.

By night, Nouméa twinkles to life. The tropical sunset yields to the hotel and restaurant lights of the Promenade. A departing cruise ship adds to the romance of the evening. 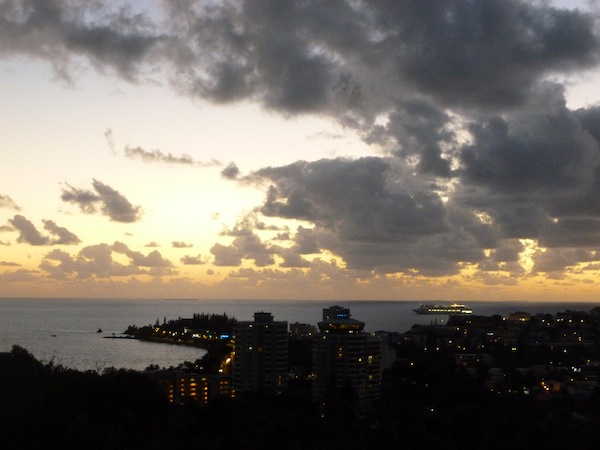 At the peak of Ouen Toro are two large guns installed by an Australian artillery unit during WWII. The Australian troops also helped to train local soldiers in their use. Today they point out to sea, once important in the defence of this tropical island but now silent sentinels.

To the east of the Nouméan peninsula, hiding at the edge of narrow streets, are the remains of Cove Fort at the edge of a picturesque bay, Anse du Fort.

Here at the crest of a modest hill are two guns behind some forbidding high wire fencing. The guns mark the site of an original, long-removed French colonial fort. These WWII guns were since decommissioned, removed and then reinstalled as part of small grassy coastal lookout. 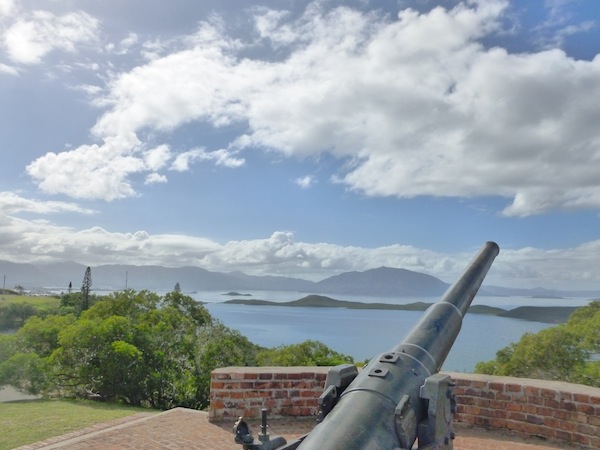 Despite being the furthest from the heart of Nouméa, the view offered from Fort Tereka is arguably one of the best. Situated to the northeast of centre-ville on the Nouville peninsula, the remnants of this colonial fort were converted into a tourist lookout in the 1980’s.

At the peak of the mountain overlooking popular Kuendu Beach is a lookout hut built into an old cannon dugout. Below it on the hillside surveying the deep waters of Grande Rade are four large guns. 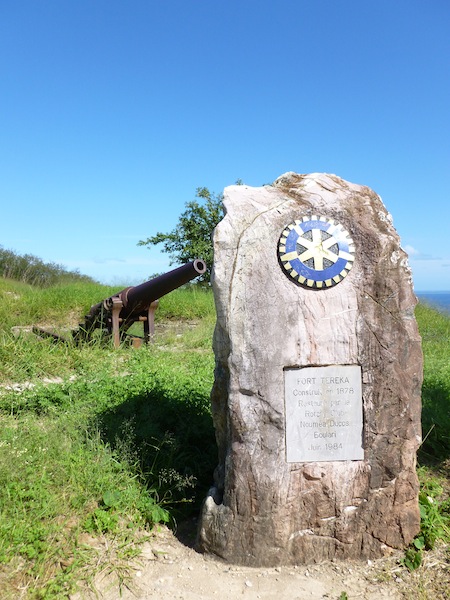 The views back to the city, Baie de Kuendu below and out to the reefs, even on this overcast and mild New Caledonian day, are stunning and worth the short drive from the capital.