There was a very good reason they didn’t show me the artwork but, hard to believe, it had nothing to do with my being who I am (this time). Nope, no one got to see the art… except for the 18 000 odd people who mounted the Eiffel Tower.

See, the painting on the roof is designed to be seen from above, and the neighboring Eiffel Tower offers the perfect vantage point. 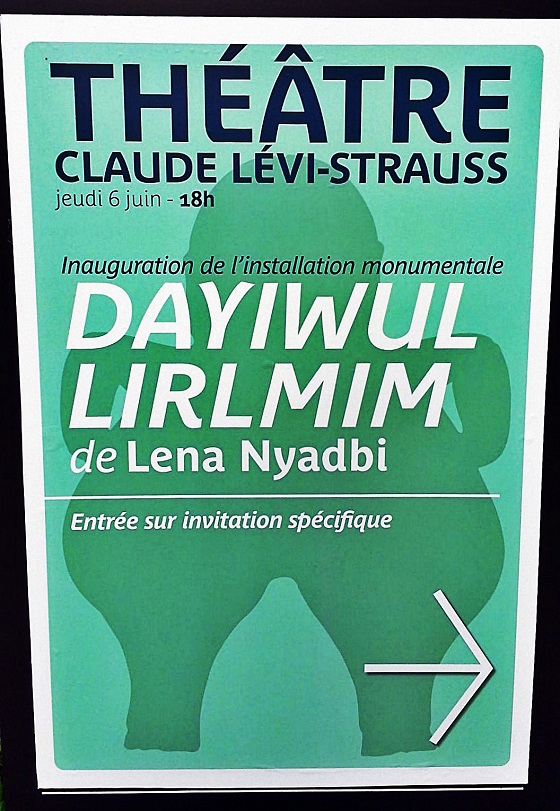 The French architect behind the scenes

If I didn’t get to see the masterpiece with my own eyes, I got to see other notable things that evening, like über famous Jean Nouvel (pictured below). How do I know he’s famous? Because he’s an architect and I’ve heard of him.

Plus, he is the architect behind tons of buildings in Paris, like the Arab World Institute, the Fondation Cartier for Contemporary Art, the Quai Branly Museum… 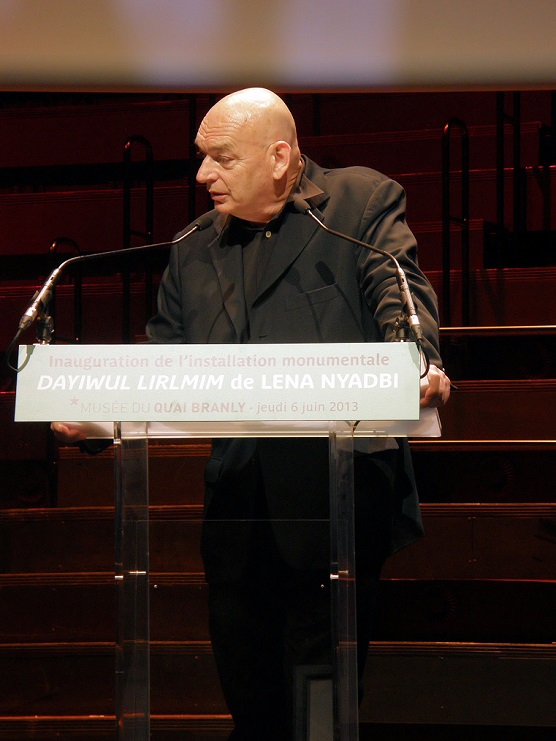 Jean Nouvel explained that he designed the museum to use the faces as a form of canvas, so that the outside displays the kind of artwork that can be found inside.

The roof is the museum’s fifth façade and, as artwork already graces the other sides, stencils made from rubberized paint define the pièce de résistance that now crowns the top of the building. 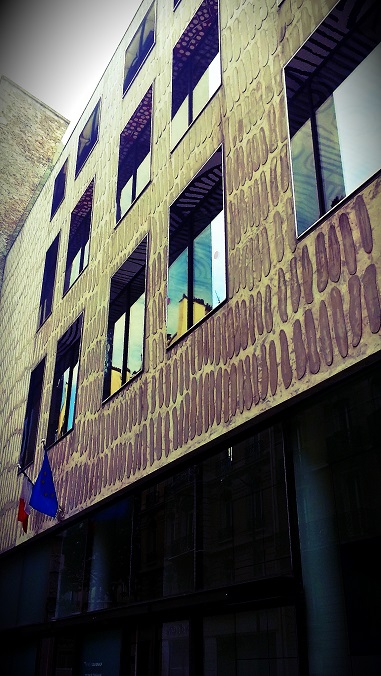 Artwork from Australia in France

The chef d’oeuvre sprawling across the rooftop is a copy of ‘Dayiwul Lirlmim’, or ‘Bermuda Scales’, and is the handiwork of indigenous artist Lena Nyadbi, who hails from Western Australia.

The original piece, done with paint she made herself using ochre and charcoal from the ground where she lives, originates in a Ngarrangarni, or ‘dream story’, based on an Aboriginal tribal legend.

Is her painting art? I’ll leave minds more invested than mine to decide, but I’m not going to lie, I sometimes find art reminds me of preschool hallways on the day of parent /teacher conferences.

That not said, Lena herself attended the unveiling and she reminded me of my grandmother, and being a guy who loved his grandmother, I admire Ms Nyadbi’s spirit and applaud her efforts. 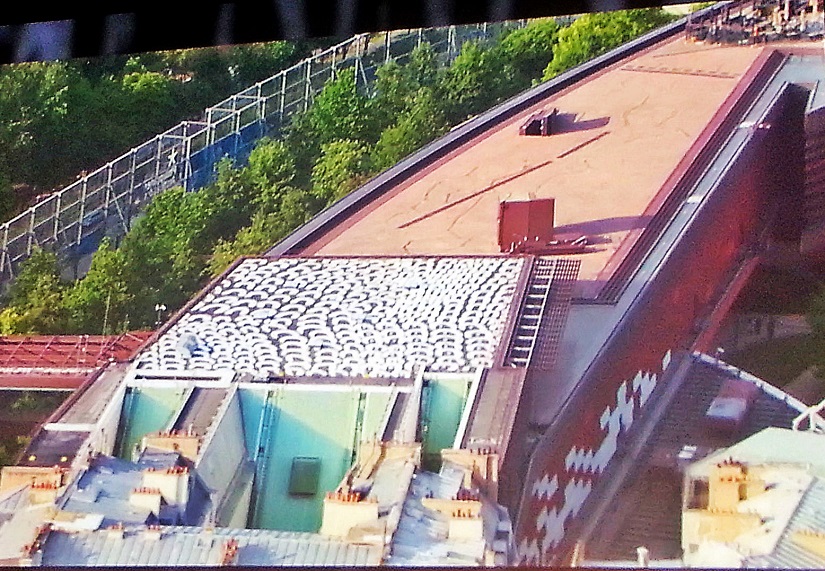 And hell, I’m no critic but I know what I like, and sometimes I even get that wrong. However, the next time you go up the Eiffel Tower, take a picture of ‘Dayiwul Lirlmim’ and, thanks to me, you can take home this story to accompany your slide show. That way, we both walk away with something.

What do you think of ‘Dayiwul Lirlmim’? What counts as ‘art’?