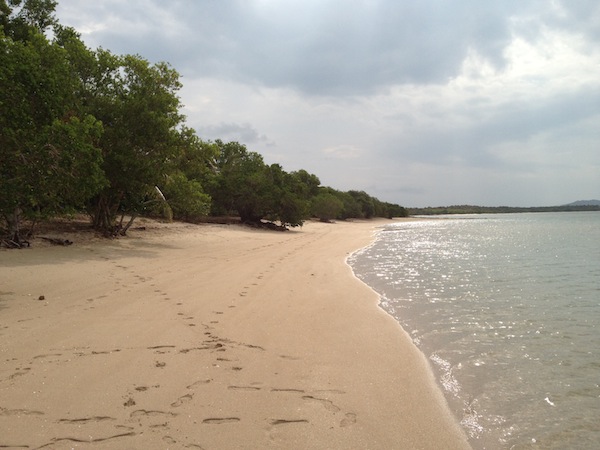 Since becoming an expat in the French territory of New Caledonia, I’ve discovered that it truly is a tropical paradise.

But there is one petit agacement, which is always lurking. The little troublemaker is a pesky mosquito. And it’s weapon? Dengue fever! But don’t panic – dengue fever can be prevented with some common sense.

Dengue fever, also known in some parts of the world as ‘breakbone fever’, is a mosquito-borne illness. In New Caledonia, it is spread by Aedes aegypti, a striped-legged mosquito which inhabits many other tropical areas of the world. 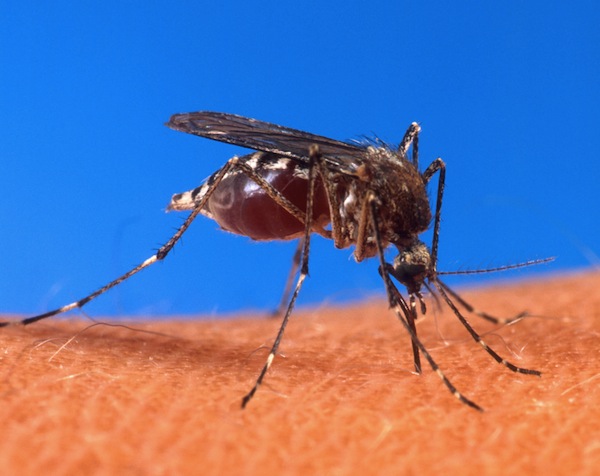 For the majority, dengue fever can bring mild to more severe symptoms but is largely resolved in a few weeks to months. For some it can develop into the more serious ‘dengue haemorrhagic fever’ which can be fatal.

In New Caledonia, over 10,000 cases of dengue fever have been reported since April 2012 and there have been at least 5 deaths. Currently there are about 40 new cases reported here every week.

As there is no vaccine, it is recommended to understand this disease before a visit to this French territory.

Symptoms and treatment of the French territorial ‘menace’

Symptoms of dengue fever begin 4 to 7 days after being bitten by an infected moustique. They include headache, fever, muscle and joint pain and skin rashes. Some people can be affected by nosebleeds or stomach upsets. 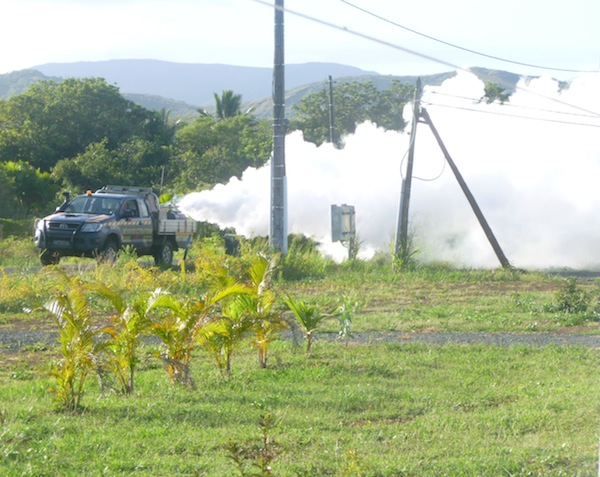 These symptoms don’t sound particularly pleasant, hein? But don’t worry – a few precautions will help to minimise the chance of mozzie bites, reduce the risk of dengue fever and ensure your stay sur le Caillou is a memorable one – for the right reasons!

There are some simple ways to reduce the chances of being bitten by mosquitoes. 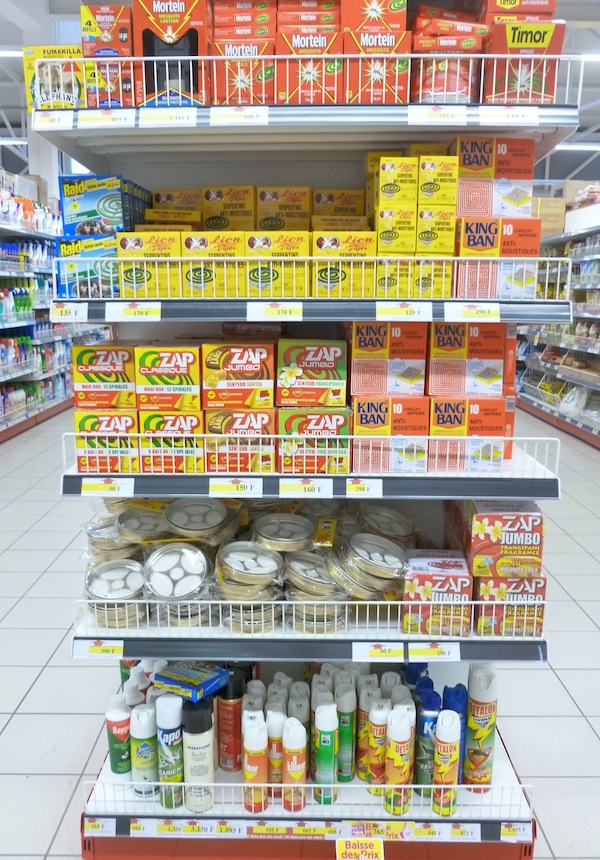 Firstly, protect your body – with long-sleeved clothing and using personal repellents. Small bottles of personal insect répulsifs are easily found in New Caledonia so make sure you stock up.

Secondly, protect your space. Mosquito coils are effective in discouraging mosquitoes. Citronella products can also be helpful. Inside, plug-in repellents and moustiquaire over beds are useful, too. 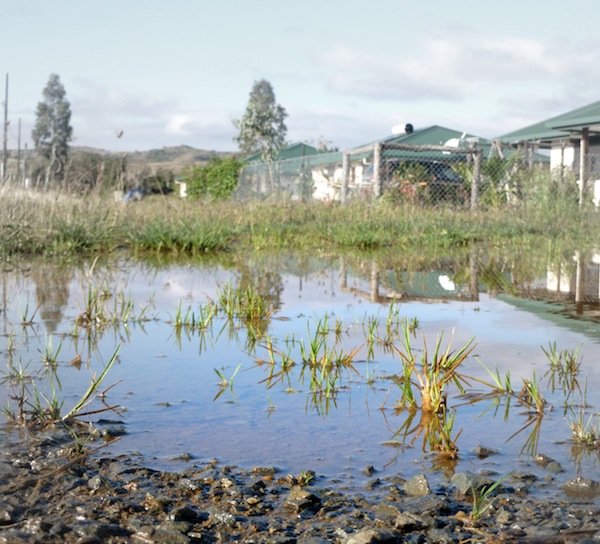 A l’extérieur, reduce places for mosquitoes to breed by removing areas where water can accumulate, such as buckets, blocked drains or saucers under pot plants. Mosquitoes lay their larvae in even the smallest puddle!

Many mairies also employ a regime of déinsectisation, whereby specially-fitted vehicles spread an insecticidal ‘fog’ through townships and regional areas to try to kill mosquito and their larvae.

Lastly, be aware of mosquito habits. They are mostly active in the early morning and early evenings. They are also active through the middle of the day in more humid areas, particularly near beaches, rivers and streams and after heavy rains. These are the times to take the most care!

Despite the presence of dengue fever, New Caledonia is a wonderful place to live and visit. Remember to protect yourself, and most of all, go directly to a doctor if you are unwell and think there is a chance you may have been infected.

In the year I have lived in our French Pacific paradise, I have learnt that the joy of New Caledonia far outweighs the inconvenience of mosquitoes. Just remember they are there, take precautions, and – have fun!

Do you have any other travel tips for those journeying to the French Pacific?