Impressions of France in Norway

ften when I travel beyond France, I can’t escape the country’s influence. It pops up in unexpected places and helps me feel at home.

Most recently this happened on a tour of Norway. In an upscale food market in Oslo, I was all set for smoked salmon and local craft beer. There was salmon and beer indeed, as I roamed the stalls at the covered Mathallen but also French bread, pastries and cheese.

France’s cuisine and culinary traditions continue to circumnavigate the globe, as they have for centuries.

My visit to a museum in Norway’s second largest city, Bergen, confirmed that it was the same story when it came to art.

The Rasmus Meyer Collection at the Bergen Art Museum, is named after the 19th– and early 20th-century Bergen merchant and art collector. It features key works spanning about two centuries of Norwegian fine art. A hallmark of the collection is the work of Edvard Munch, whose sesquicentennial is being observed this year. Born in 1863, Munch is perhaps best known for his painting ‘The Scream’.

Walking through the museum’s rooms, I was struck by how downright French the paintings looked. And perhaps with good reason.

Reading the information panels, I learned that in the early 1800’s Norwegian artists began traveling to Paris to study, as have so many other painters throughout history.

There they were exposed to new approaches and aesthetics. First, naturalism – the movement dedicated to representing the world as it was directly experienced, in the open air, or in every day situations. And later, Impressionism and post-Impressionism – new colors, strong outlines and compositional styles. 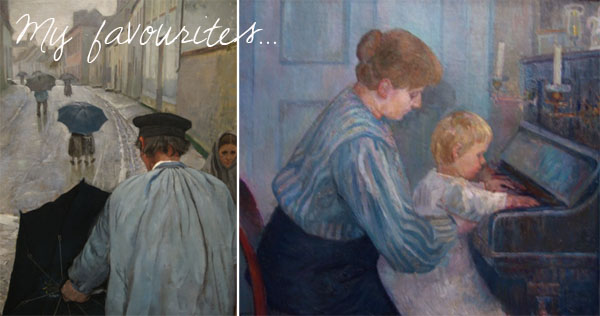 Munch, too, came under the French spell. According to the Museum, Munch made the first of several trips to Paris in 1885. These sojourns encouraged him to turn from an external reality to a depiction of mood and psychological depth. 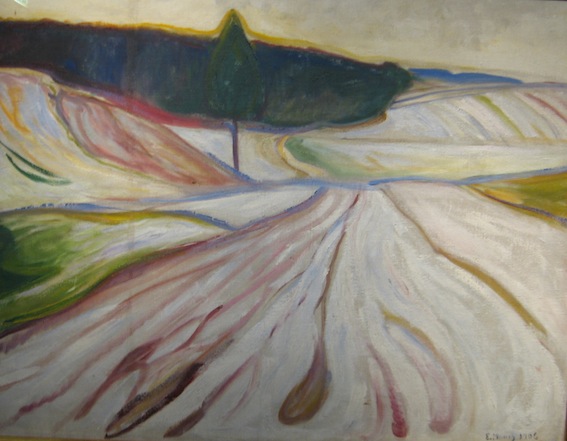 What French influences have you noticed beyond France? Share your experiences by commenting in the box below.