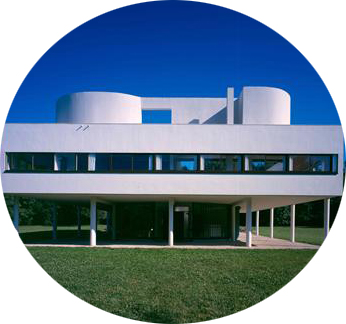 harles-Édouard Jeanneret-Gris, known to us as Le Corbusier, is arguably the most influential architect of the 20th Century.

Though born in Switzerland, he conducted the majority of his work in his beloved France, after receiving citizenship in 1930.

Much has been written about this controversial character, and whether he is indeed the master or monster of Modernism.

The foundations of a great architect

Le Corbusier sought to amalgamate his love of the ancient orders with a new age industrial aesthetic.

Travelling extensively across Europe, he made sketches of the architecture of antiquity. He reimagined the rules of classicism to create a new set of principles of construction for the 20th Century.

Alongside his classical appreciation of form, he embraced the machine age, celebrating the new building techniques and lifestyles it afforded. This culminated in his vision for an architecture of the zeitgeist: Le Corbusier’s ‘Five Points on Architecture’.

The Master of Modernism

‘Five Points’ were first published in 1923 in ‘Vers une Architecture’ (incorrectly translated into English as ‘Towards a New Architecture’) and were brought to physical realisation in his private French villa designs in the 1920s: Maison Cook (pictured left), Maison La Roche and Villa Stein/de Monzie.

Le Corbusier’s elegant design for the Villa Savoye at Poissy was the best embodiment of his ‘Five Points’. Here, the graceful collaboration of classicism through the Golden Ratio of proportion is bolted seamlessly with an industrial aesthetic. Take, for example, the tubular steel handrails, which are akin to an ocean-liner interior.

In Le Corbusier’s own words:

“Architecture is the masterly, correct and magnificent play of masses brought together in light. Our eyes are made to see forms in light; light and shade reveal these forms; cubes, cones, spheres, cylinders or pyramids are the great primary forms which light reveals to advantage; the image of these is distinct and tangible within us without ambiguity. It is for this reason that these are beautiful forms, the most beautiful forms. Everybody is agreed to that, the child, the savage and the metaphysician.” – Vers une architecture (1923)

The Monster of Modernism

Many, however, may see Le Corbusier’s all-encompassing hold on 20th century architecture as a stifling and dangerous grip. In particular, his largely unrealised urban planning has been widely criticised. 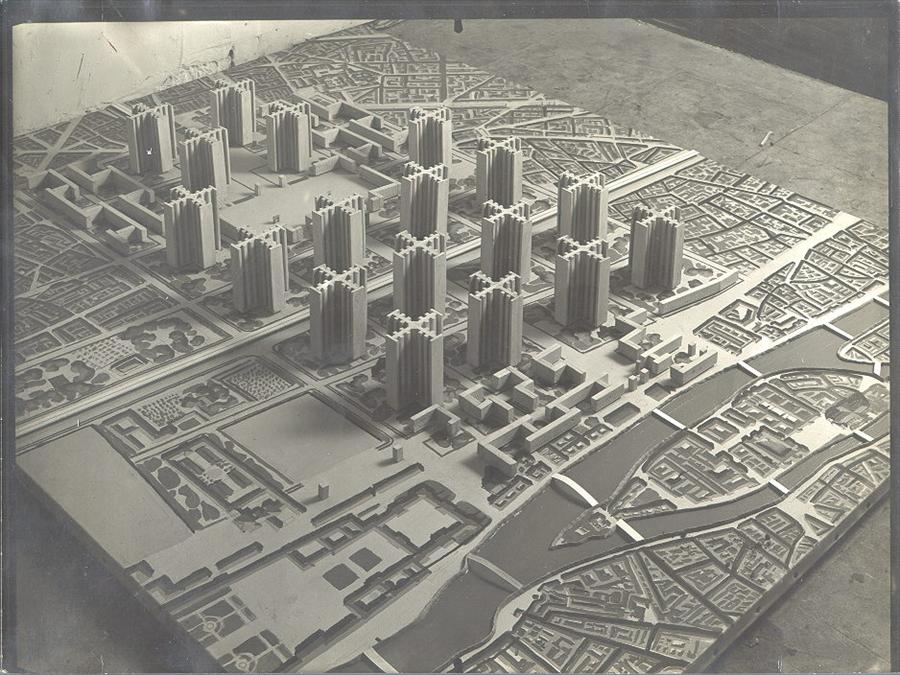 Plan Voisin – note the Seine and Île-de-France at the base of the photo.

In 1925, Plan Voisin was conceived, consisting of 60-storey blocks in open parkland, dropped like alien forms onto the streets of the French capital. What would the winding streets of the Marais look like now if Le Corbusier’s utopian vision had been realised? 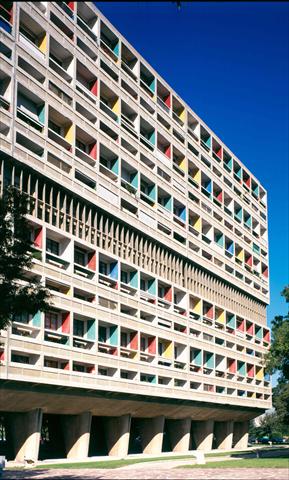 Another criticism of Le Corbusier is his impact on postwar reconstruction, specifically the high-rise tower blocks of the 1960s. These were born out of Le Corbusier’s Unité; a tower block set in open parkland (pictured left).

The single built example of this was his Unité d’Habitation in Marseilles, completed in 1952. This majestic building is, in my opinion, a truly elegant culmination of much of Le Corbusier’s theory.

It’s legacy has, however, been far less commendable.

Poor quality reinterpretations of the Unité, produced rapidly and poorly in light of the need for postwar reconstruction, have tainted the cityscapes of much of Western Europe.

These tower blocks of the 1960s and 70s proved to have significant social problems, far from the utopian idyll envisaged in the original French Unité.

In my opinion, Le Corbusier’s legacy is one of triumph.

Despite his fanciful and arguably far-fetched urbanism, he should be remembered for his unfaltering dedication to architecture and design of his own time; a practice that was lost in 19th century neo-isms.

It is in later works that his genius becomes truly evident, with a more sympathetic understanding of modernism. This is seen particularly in the Chapel of Notre Dame du Haut at Ronchamp and his extensive work in the Indian city of Chandigarh.

For me, Le Corbusier is a master, not a monster.

What do you think of Le Corbusier’s work and legacy? Share your thoughts in the comments box below.