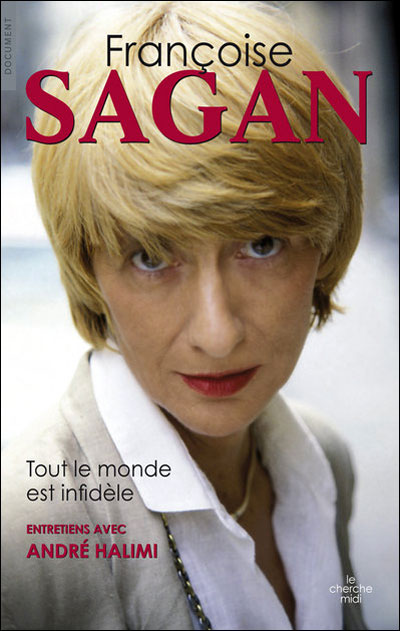 I started reading Françoise Sagan’s novels, in translation, when I was a teenager and still thought the smell of Gitane cigarettes was sexy.

She is one of the most famous French women and Parisiennes in modern literature. Her stories fuelled my love for everything French, and especially for the city of Paris.

I liked to imagine myself living the protagonist’s Parisian life in her Haussmannian apartment, chambre de bonne or in a villa on the French Riviera, wearing her fifties clothes and falling in love with French men.

French author Françoise Sagan is best known for her first novel ‘Hello Sadness’, (‘Bonjour Tristesse’), which is set on the French Riviera.

The novel caused quite a scandal when it was published in 1953, as Sagan was only eighteen, and the story is about adultery and the sexual education of a teenage girl. 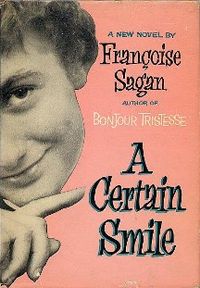 Her second novel ‘A Certain Smile’, (‘Un Certain Sourire’), was and is one of my favourites, being set in 1950s Paris. The narrator is a twenty-year-old law student at the Sorbonne. She is bored by her studies and her loyal boyfriend, Bertrand, who introduces her to his businessman uncle Luc and his wife Françoise.

Dominique finds Luc far more exciting, risky and forbidden than boys of her age. She falls in love with the older man and they become secret lovers. As the French say, “Les histoires d’amour finissent mal en general” (“Love stories usually end badly”), and this story is no exception.

The novel would probably be classified as chick-lit today, but it has become a classic of modern French literature. When the book was published, a reviewer at the ‘San Francisco Examiner’ wrote:

“The reader is given the feeling of having opened a young girl’s intimate diary by mistake. But whoever put such a diary down? – especially when the author is as sensitive, experienced, gifted and freshly talented as Mlle Sagan”.

Her life: onscreen and offscreen 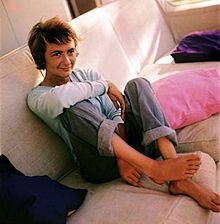 Sagan was a celebrated French author from the very beginning of her career and led a dangerous life driving fast cars, partying and having relationships with both men and women. Indeed, she became so well known that French director Diane Kurys released a biographical film about her – ‘Sagan’, starring Sylvie Testud.

‘The Film Catalogue’ concludes: “Flamboyant, scandalous and underrated, Sagan lived her life at the furthest edge of excess. She won and lost fortunes at the roulette table, bought and crashed superb sports cars, drank, danced and partied, leaving a trail of lovers in her wake.”

Who is your favourite French author? Share your thoughts in the comments box below.