The Institut Français: a bit of France in London 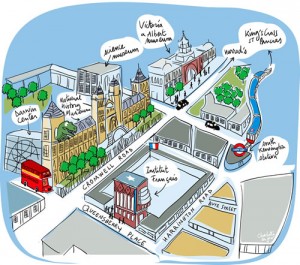 Are you a francophile looking to broaden your cultural horizons?  Would you like to sit back and relax in front of a French film?

Whether you want to get lost in French prose, put your language skills into practice or simply indulge on French cuisine: the Institut Français is a great place to start.

When I am longing to return to France, a trip to the Institut Français is the best cure for my cross-cultural hang-ups. Here, I can immerse myself in a little francophile heaven, and picture myself back in a country whose mysterious spell I have fallen under.

Comprising a language centre, multi-media library, cinema and bistrot, this slice of France tucked away in South Kensington brings French culture to Londoners in all forms. Opened in 1910 by Marie d’Orliac, the Institut Français has continued to flourish as London’s hub of French language and culture. 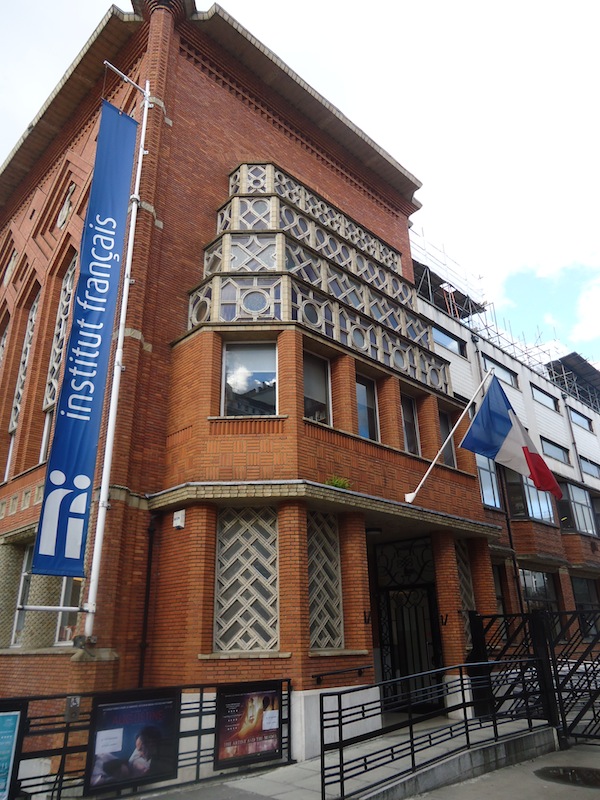 With the largest collection of French items in the UK, this is any French literature lover’s heaven. Bookworms will be spoilt for choice rummaging amongst shelves lined with classics from Tartuffe to Madame Bovary, as well as contemporary novels.

The French language corner is great for those wanting to go over conjugations or the subjunctive, while the newspapers and magazines section offers a lighter read over a coffee break.

If you are umm-ing and ahh-ing over your next read, ask for a recommendation from the library staff – they are always willing to chat in French about their favourites. I also love taking advantage of their second hand book sale – I managed to pick up three books for three pounds during my last visit!

For those who are more digitally inclined, there are films (subtitles et tout) and CDs also available. The Mediathèque also hosts a number of events throughout the year, from book groups, to music festivals and wine tasting sessions. 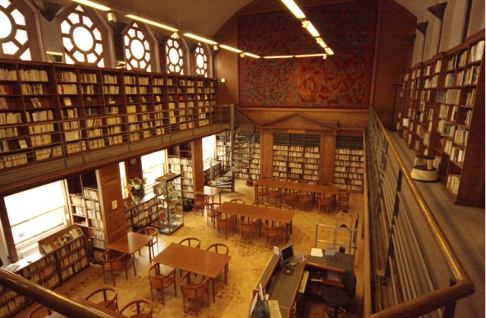 It doesn’t matter what your level of French is; you can choose your programme à la carte according to your flexibilities and needs. Or, if your French is already up to scratch, why not look at taking a course in French cinema, literature, society, currents affairs or business?

The Ciné Lumière is where I go when I am in the mood for something a bit different.

As well as screening new French releases, film fanatics can experience French cinema through the ages, starting with golden oldies before moving onto the Nouvelle Vague or controversial cult films. With an interest in European cinema, the Ciné also holds various film festivals showing a wide range of foreign films. 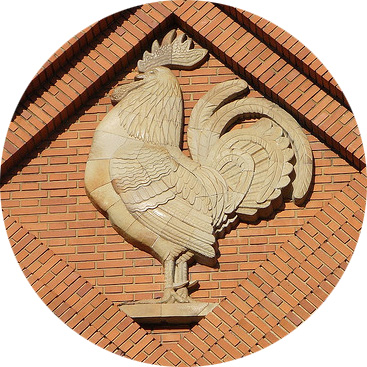 If none of that is yet to have tickled your fancy, French cuisine is bound to. Serving typical French breakfasts and a range of bistrot dishes, this is the perfect place to stop off for your croissant or croque monsieur after a culture-filled francophile day.

The authentic food and French chatter from customers and waiters often makes me forget that I am actually en Angleterre.

Bref, the Institut Français is the perfect place to go for any Londoner wanting to soak up French culture without even having to cross La Manche!

Have you discovered any great francophile finds while adventuring around London?  Why not share them with us!

Image credits
1, 3 & 4. Selina Sykes
2. La Médiateque, via copac.
5. Institut Français, by Metro Centric via Flickr.
6. Via the official website for the French Institute