Do we really dislike the French? Ponderings of a British francophile 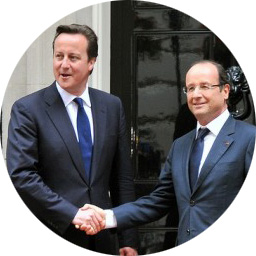 The cliché of the English disliking the French has never made much sense to me, particularly when so many Brits flock there each year and keep second homes in Le Beau Pays.

I find myself defending French people quite frequently, be it for their manners, two-hour lunches (only bad if you are waiting in line!), infamous bureaucracy or closing shops on Sundays. All of this I have accepted and find, alongside many other particularities, endearing about the great Hexagone.

So, is the anti-French sentiment just a myth? Where does this way of thinking come from?

Throughout history, France and Britain’s relationship has not always been amicable – to say the least. Both nations have fought with the intention of conquering one another at various times, before becoming allies in the 19th century.

“When Paris lost the bid for the 2012 Olympics to London, former president Jacques Chirac was condemned for declaring that ‘only Finnish food’ was worse than British food.”

I’ve noticed that the older generation especially favours a negative view of the French. I recall a conversation with my elderly neighbour, who told me repeatedly that the French ”let us down in the war”.

Being a young French Studies undergraduate and keen on French history, I tried to reason with him, by informing him of the geographical position of the country and its political situation at the time. Unfortunately this did nothing to change his opinion. Plus ça change… 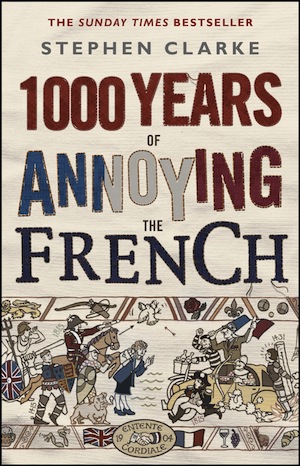 Further light research into this stirring subject uncovered some (in my opinion) comical statements from prominent historical leaders. Can you imagine seeing this on Twitter today?

Horatio Nelson said, circa 1800: “You must hate a Frenchman as you hate the devil.”

The Duke of Wellington announced some 30 years later: “We always have been, we are, and I hope that we always shall be, detested in France.”²

And Mark Twain put it in his inimitable style: “In Paris they simply stared when I spoke to them in French. I never did succeed in making those idiots understand their language.”³

Next time a Frenchman gives me an odd look for my French, I shall simply smile and think of Twain. Speaking French in France will always be better than not at all.

Yet it seems the jibes go both ways across La Manche. And there is nothing like sport to encourage out the worst rivalries of all.

When Paris lost the bid for the 2012 Olympics to London, former president Jacques Chirac was condemned for declaring that “only Finnish food” was worse than British food.

And though many Britons might show some disdain for French food in return, France has plenty of enviable attributes: good weather, high culture, film and wine.

For all these reasons and more, I am hoping to move to France following my final year at university, and plan to unashamedly embrace any Frenchman’s satire that may be directed towards us Brits. One can only laugh…

While les Français may sigh at the thought of us prude Rosbifs, I am interested in what they really think of us nowadays.

To them, and my neighbour on this side of the channel, I say: chacun sa route.

What are your thoughts on this topic? Is it important? Join the conversation by commenting in the box below.