French music in the tropics 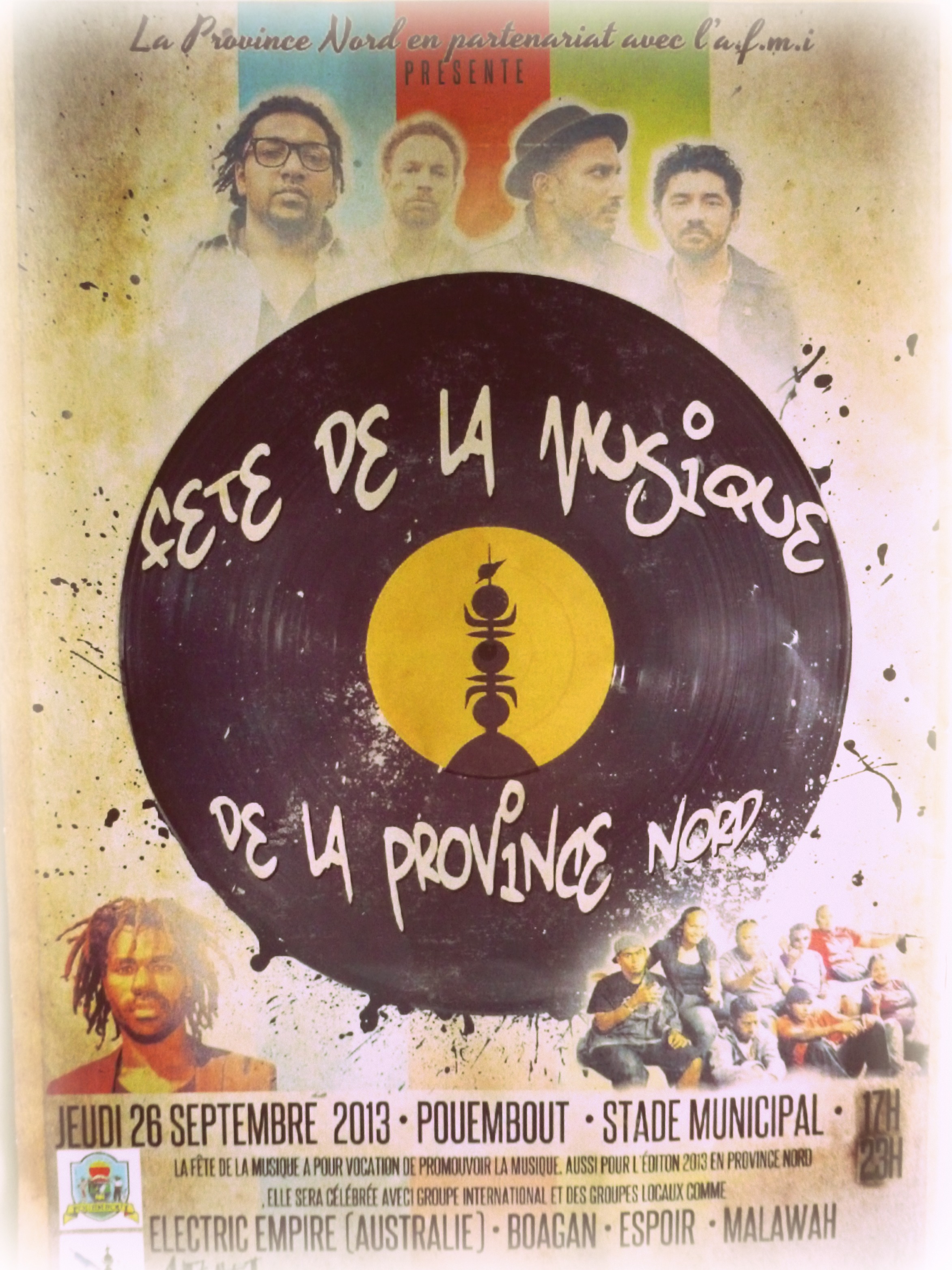 A few weeks ago, our little rural town in the tropical French territory of New Caledonia hosted a live French music festival.

The sun is setting as we arrive and the vibe is increasing. The sleepy ville of Pouembout will party late into the evening, enjoying local and international performers.

On this beautiful evening, the crowd is slow to arrive. The first band begins as the audience files in with picnic blankets and the brochette stand begins to cook its wares.

Malawah is a local drumming band made up of a mix of locals and expats playing a variety of drums. They begin with original pieces and exciting rhythms. Then, as the distinctive beats of ‘We will rock you’ fill the dusk air, la Fête is underway.

Espoir is from the nearby town of Koné. Their style is a traditional blend of reggae and hip-hop. The crowd is building and the sun almost sunk into a clear horizon. Children are chasing each other as Espoir finishes to rousing applause. 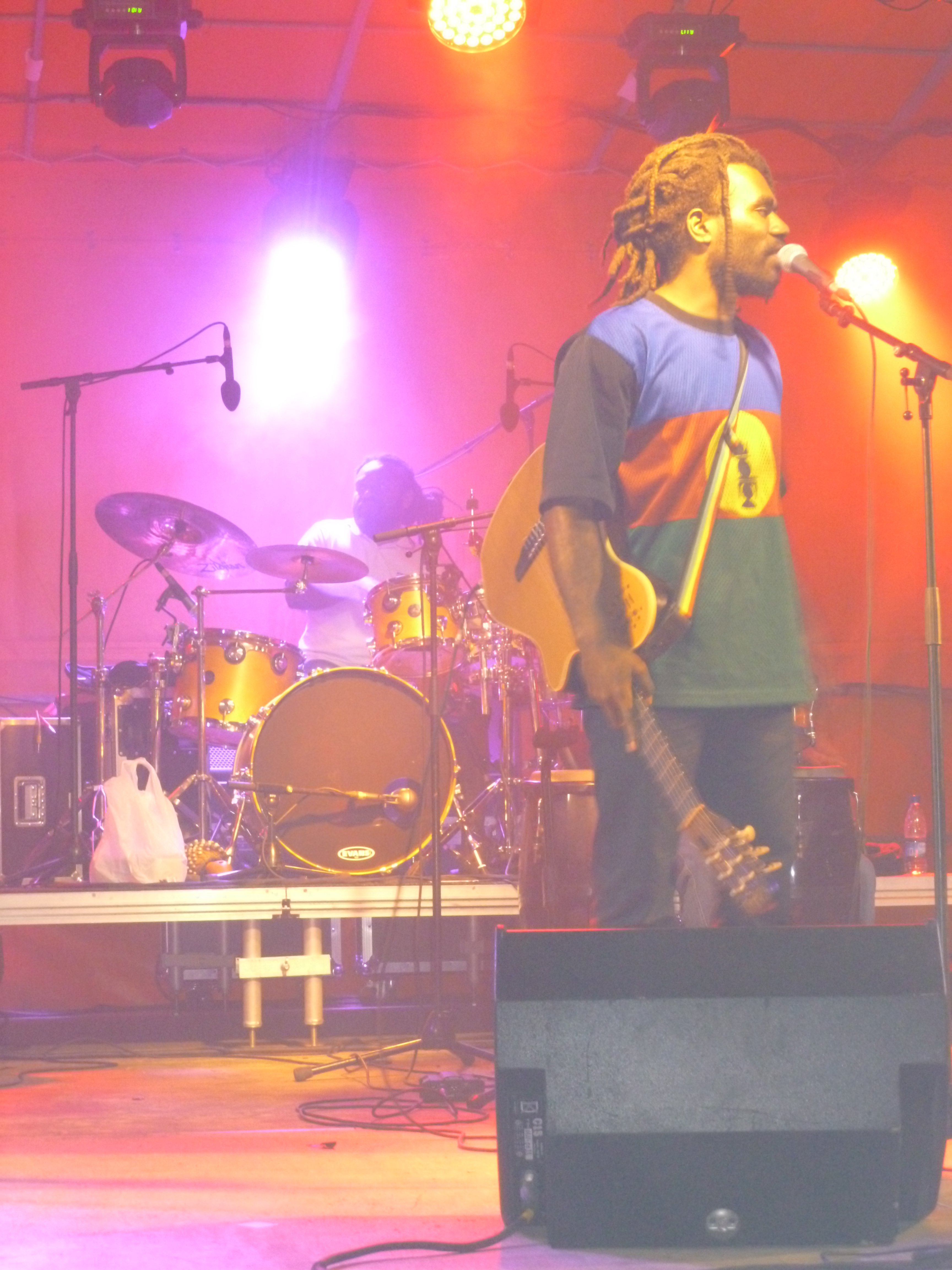 Boagan, another Koné local, is the next act. A well-rounded musician and composer, he has a large band, from trumpet and trombone to keyboard, guitarists and several singers.

His songs range from reggae, popular in the French tropics, to blues and soul. Several support chanteurs sing solos and are talented in their own right. I’m impressed, as is the audience who are singing along to many songs.

The crowd, now adding layers in the evening chill, knows Boagan and his repertoire well and applause loudly after every song.

Lastly, the little stage welcomes Electric Empire, an Australian band who display their years of experience with a tight performance of pop, rock and funk.

Most songs are original, but when they dip into some Stevie Wonder they win over even the casual observer. Later in the act, Boagan returns to the stage to sing with the band. It’s a real international affair and the fans love it.

In the now chill night air, sounds of rock and roll drift over nearby cornfields and into the farming valley of Pouembout. Those with young families take their sleepy children home while the faithful remain into the night.

The happy memories of the evening linger. Days later, as we drive past the sports oval which hosted our local music festival, my young son asks, “Can we go to the rock and roll again tonight, Mum?”

Not tonight, mon fils. But soon.

How does your part of France celebrate local music and musicians? Join the conversation in the comments box below.