Behind the French love affair with London 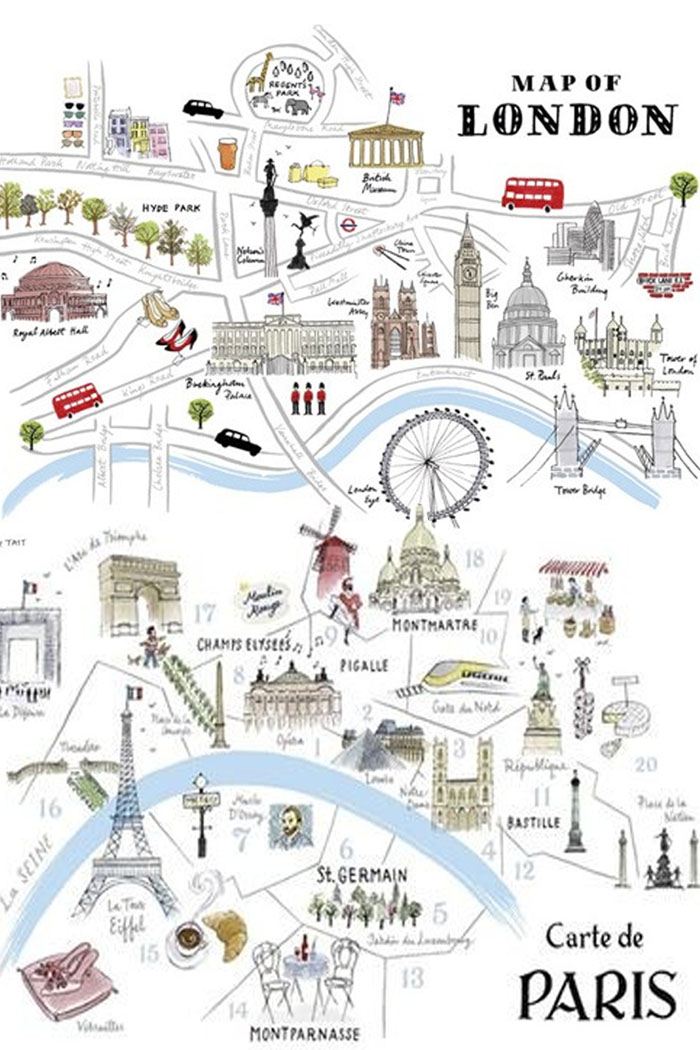 After years of mutual loathing between les rosbifs and the frogs, what if the French were actually in the grip of a fervent love affair with Britain?

An increasing number of French expats are revelling in life over the other side of the Channel. So what exactly have us Brits got to offer a nation with top cuisine, chic fashion and an irresistible mother tongue? It certainly cannot be our food or weather.

The French take a fancy to London

A growing number of Gallic outposts are springing up across the capital to cater for the growing community of expatriates. 2012 even saw the first ever election for a ‘Paris-on-Thames’ MP for compatriots living in Britain.

So it seems the French’s love affair with London is set to continue. As a born-and-bred Londoner and wannabe parisienne, I decided to delve into the matter further and ask some French friends for their opinions.

While Paris is superior in beauty and cultural history, this often comes at the price of dynamism.  While high-income earners are saying au revoir to Hollande’s 75% tax rate, twenty-somethings are drawn in by the city’s ‘anything goes’ culture. Often regarded as the gateway to globalisation, the capital’s cosmopolitan nature is enticing the French to a global swirl of people and ideas.

Grégory Romer is from Martinique. He is 26 years old, and moved to Paris two years ago to train as a gynaecologist. He has made several trips to London and says he grows fonder of the city with every visit.

“The British way of life is attractive for French people,” he says.

Caroline Chauvet, a student from Vichy living in Paris, agrees. “What I really like about London is that it is livelier and more diverse than Paris.”

“Londoners are so much more approachable than Parisians,” she adds.

Parisian Emeline Idil loves the British accent, and the nightlife: “London has great nights out!”

London: better for finding a job than Paris?

Young French arrivals say they are fleeing from rigid social codes and an inward-looking mentality. Careerists regard London as a more influential financial centre with more opportunities on offer. Business owners relish freedom from the infamous red tape of French bureaucracy.

“The young in particular are relieved to escape the stuffiness of Paris where class, contacts and family background are essential.”

In an interview with the ‘Times’, Julien Thierry, the founder of an online TV video game channel says: “It took us a month to open bank accounts and find flats and houses for our staff.  In France, it would have taken a year.”

In France, social connections are paramount

The young in particular are relieved to escape the stuffiness of Paris where class, contacts and family background are essential. And this begins with education.

The French are justifiably proud of their educative system. Valuing economics, maths, and political science, grandes écoles breed a fiercely competitive environment. Rigour and selective intake make them first-rate, yet it leaves little room for manoeuvre. Where you were schooled really matters. 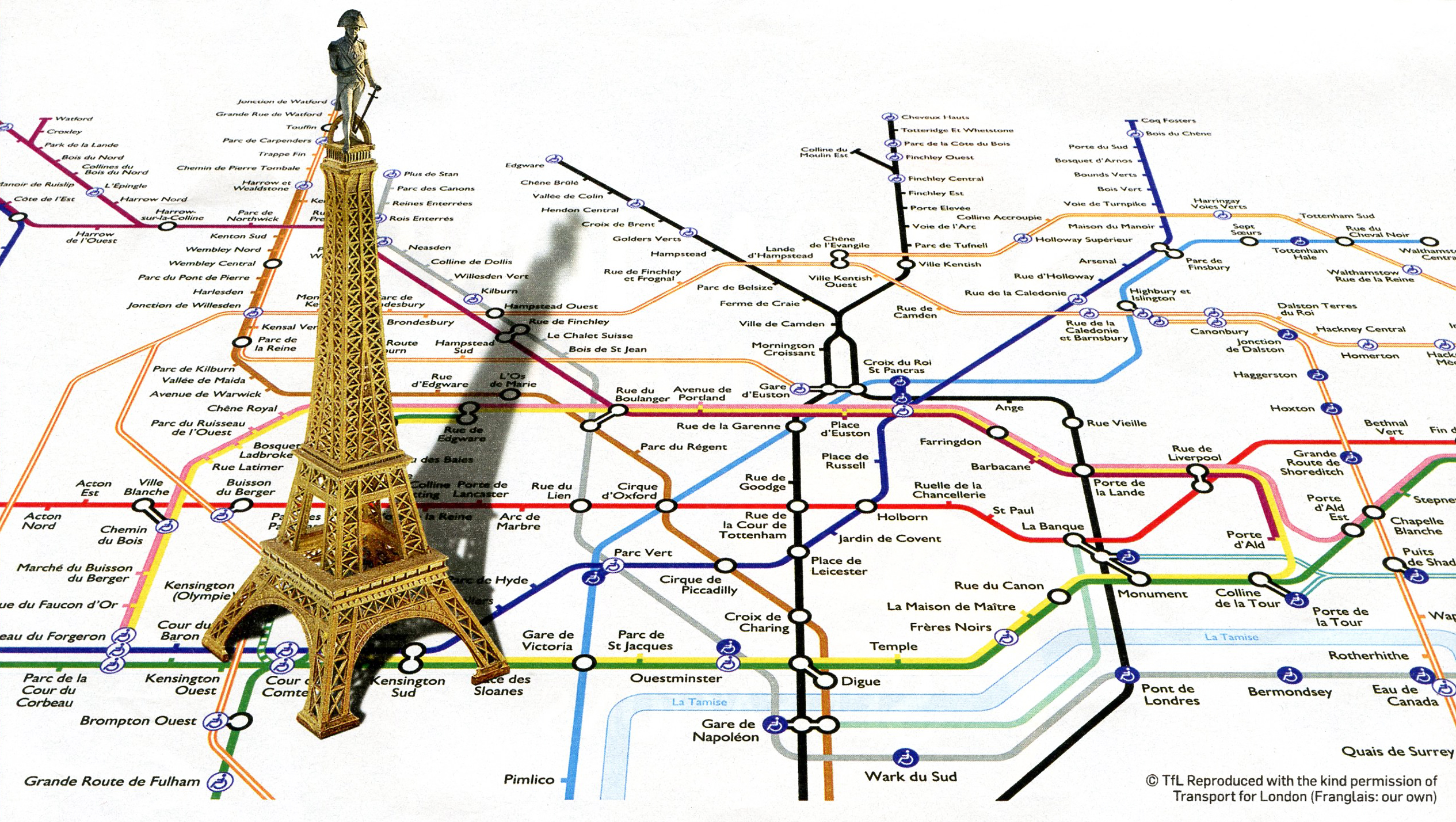 Seven of the last 12 prime ministers went to the Ecole Nationale d’Administration (ENA), which was set up in 1945 as a meritocratic institution intended to produce a post-war academic elite. According to an article in the ‘Sunday Times’, the share of working-class students at the top four grandes écoles fell from 29% in the 1950s to 9% by the mid-1990s.

While there are few prospects in Paris to those who have not attended one of the grandes écoles, the London labour market is more accessible regardless of qualifications. A degree in France also defines one’s employment very stringently, whereas British graduates can find work in subjects not necessarily related to what they had studied.

London is increasingly stealing the limelight from the traditional fashion capital. Paris may be the home of understated chic, yet its youth are turning away from Parisian conservatism towards London’s fun, daring attitude. French fashionistas love the freedom of expression you don’t get in Paris. While one may get looks on the metro for clashing colours or merging patterns, in London anything goes.

“Paris has not only been dethroned by London as ‘Best City in the World 2013’, but is increasingly losing its habitants to the British capital.”

Emeline particularly appreciates this aspect of London. “I love Primark, Topshop and Camden market.  You don’t get quirky style like that in Paris,” she says.

Additionally, Paris is definitely taking notes on London’s attitude towards multiculturalism. Celebrated as part of the capital’s buzzing identity rather than a source of conflict, London is one of few cities where hundreds of nationalities live side by side in a tolerant and unselfconscious way.

Where the French will always win

There are two areas in which London is certainly behind. The first is, of course, cuisine. “French food is better,” says Emeline.

And while Grégory loves the splendour and beauty of Paris, he often says how much he misses all-year-round sun and golden sandy beaches of his pays de naissance, Martinique. He admits that is even harder to acclimatise to the weather across the Channel.

“The French consulate in London estimates that between 300,000 and 400,000 French citizens are living in the British capital.”

Yet despite our pitiful lack of dough-based finesse and the terrible weather, the French have fallen for our British charm. They have even admitted they love British manners and our sense of humour!

Mon dieu! It looks like the French are here to stay.

Have you noticed more French people in London? Why do you think they’re leaving Paris for the British capital? Share your thoughts in the comments box below.