Is Paris accessible for wheelchair travellers? 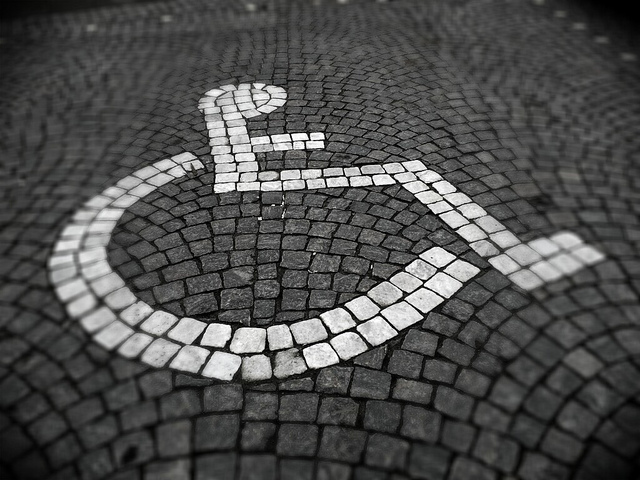 I believe that reaching my goals in life has more to do with the excuses my mind could invent than those that could be seen as legitimate.

Granted, I have the disability of quadriplegia and use a wheelchair, and some may see those reasons as valid. I maintain it is more disabling to use excuses as genuine reasons to not pursue a goal.

However, the fact remains that Paris doesn’t have the best reputation for wheelchair travellers. Access obstacles do exist and I can’t magically make them disappear just by thinking positively.

So what do I do when I am confronted by inaccessibility when I travel to Paris?

France or a ‘modern’ country 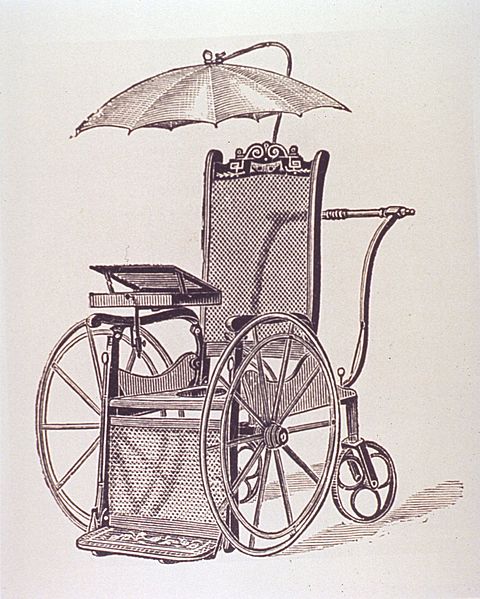 You might wonder why I would bother going to Paris if the French virtually invented winding staircases and tiny multi-floored buildings. Why not just go to some modern city, where I can wile away my holiday going up and down lifts and watching automatic toilet doors slide open and close?

Because to me, limited access is just an excuse for not having adventures. It’s just an excuse to not strive for more, to not live my life and to not reach my goals. So far, in the years I’ve travelled, everything has worked out in the end – yes, sometimes after tears and swear words. I have to travel with a combination of foolishness, and extreme preparation to the point of insanity. 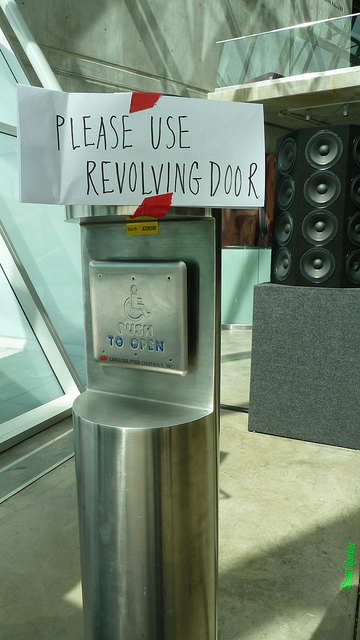 When I landed at Paris Charles De Gaulle airport, I thought, “Wow. This looks so modern.” How wrong was I…

“Où est l’ascenseur?” I practically shrieked. “There is no lift on this level Madame,” came the reply, “Many wheelchair users travel on this system without issue.”

I love that argument. So logical.

I decided I’d feel too vulnerable going down this moving ramp facing forward – it was far too steep. Having realised I had absolutely no other choice (except to go back home) I turned my wheelchair around and reversed onto the ramp. Great. Now I couldn’t see where I was going (although my frazzled ‘I’ve just flown from Australia’ brain decided that Hell was a distinct possibility).

I do maintain that it’s the worst moments that (sometimes) make the best adventures. But I’m not always that positive. Sometimes a wine or three helps.

Powering along in Paris 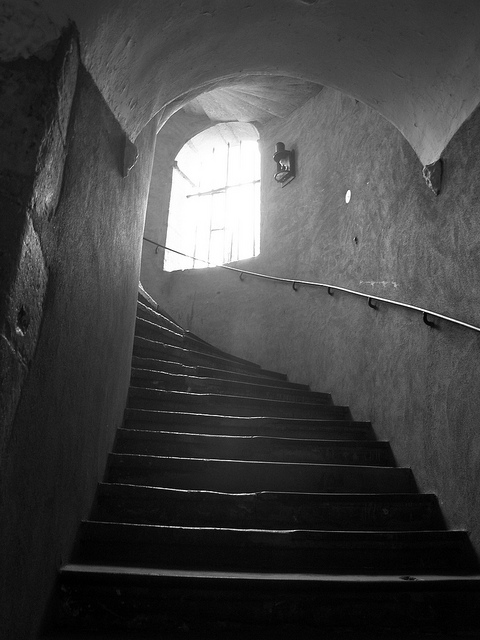 My motorised wheelchair power can last all day, up hill and down dale. It has a lot more energy than me at times! So, unless I need to travel to another town (in which case I’d catch a train), my wheelchair is a handy mode of travel.

However. Yes, there had to be a downside.

However, using a wheelchair can mean a rude smack in the face at times. Often, in Paris, I’d joyfully wander off to find a building, café or shop I’d read about, only to be confronted by steps. It’s Paris after all. It’s squillions of years old.

On one of these occasions, I decided to sit outside the café I’d set out to find and if not enjoy the delights I’d been told were inside, then at least experience the French café culture outside.  Ah well. At least I’m in Paris! 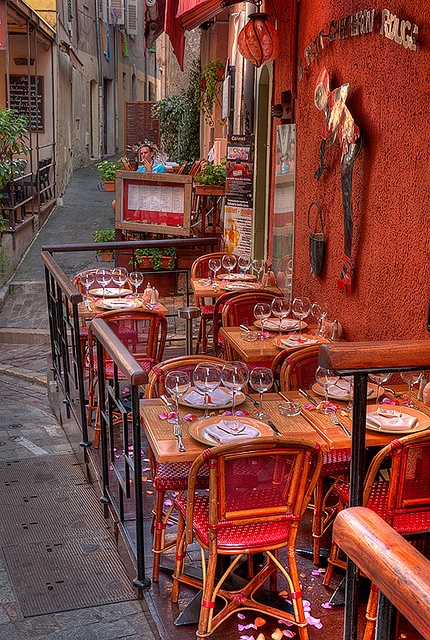 So I squeezed into a little spot and made myself comfy with une verre de vin blanc. During that hour I chatted to two guys sitting on one side of me who were from Canada and an older lady from France on the other. It doesn’t matter that she spoke only a little English and I didn’t speak much French then, we just used up all the words we had and when we had none – we just smiled happily at each other. She taught me how to say good-bye in a way that suited the occasion. Being a year ago, the actual words have left my memory!

During my trips to Paris, if I was confronted by a speciality shop without access, I briefly thought, ‘Grrr’ (and sometimes worse), before moving on to find another shop of the same type. Let’s face it, there’s a fromagerie, boulangerie and pharmacie on every street. At least one had to be accessible!

There is no point being annoyed about something that can’t be changed. I would only be spoiling my (and other’s) fun. And, I would be annoyed a lot!

So while I can’t control the physical obstacles, I do have control of the ones in my mind. Now I often don’t even see the inaccessible parts of Paris. I just focus on what I can do, not what I can’t.

Have you had any experiences with overcoming ‘excuses’ to reach your French goals?  What were they?  What did you do? Share your experiences in the comments below.

Images credits
1. P, by Henrik Ström on Flickr.
2. Wheelchair with writing desk and umbrella, by Georges Sargent on Wikimedia Commons.
3. Handicap Entrance Broken, by A. Currell on Flickr.
4. Spiral staircase, by Krisztina Konczos on Flickr.
5. Cannes, by Jenny on The Artist Book.