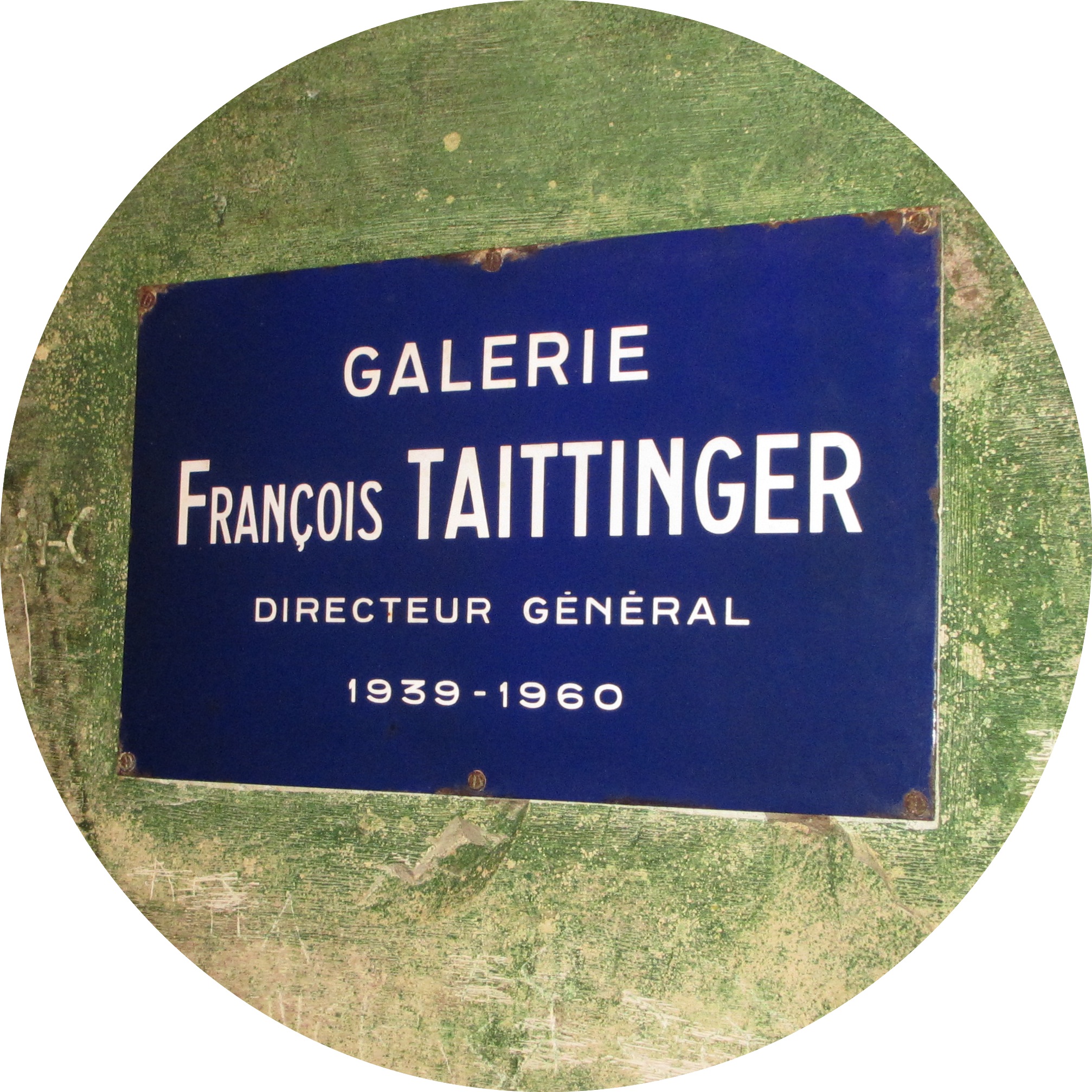 Despite being one of the newest premium champagne houses (it was founded in 1932), the family Taittinger occupies some of the oldest and most historic champagne caves in Reims.

I was privileged to be given a private tour of their caves in central Reims, allowing me to explore one of the two win cellars not open to the general public.

This one is not only special for its history, but it is where  larger bottles are nurtured (think magnums, all the way up to a Nebuchadnezzar that comes in at a gluttonous 15 litres!), premium blends and vintages.

So, join me 18 metres below ground (where the temperature is a chilly 12 degrees Celsius) to discover just some of the three million bottles spread over the 3km of these historic caves! 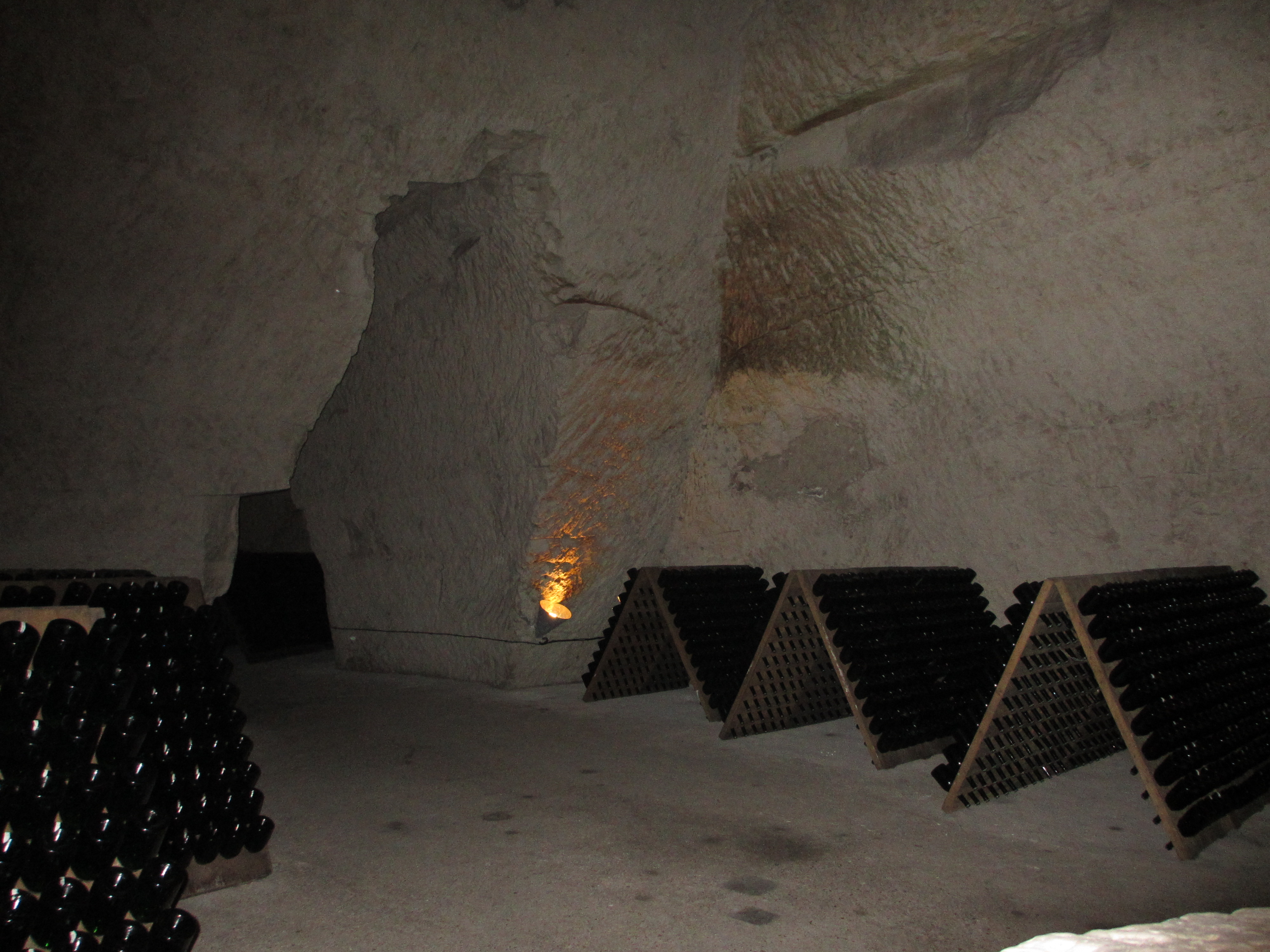 Roman origins of the French delicacy

Reims was a Roman town, and while few remnants of this legacy remains, Taittinger can claim one of them! Their wine cellars were originally the site of a Roman chalk quarry that dates back to the 4th century.

It is an inauspicious origin for these caves – hand-hewn marks made by slaves are still clearly visible in the old quarry walls.

Meeting with Dominique Garreta, Communication Director of Taittinger after my tour, it was certainly timely to be reminded by her that: “champagne is a delicate wine for delicate people”.

The Taittinger buildings and caves were also the site of the Saint Nicaise Abbey. From the 13th century, monks expanded the old Roman quarry to cellar their own wines. 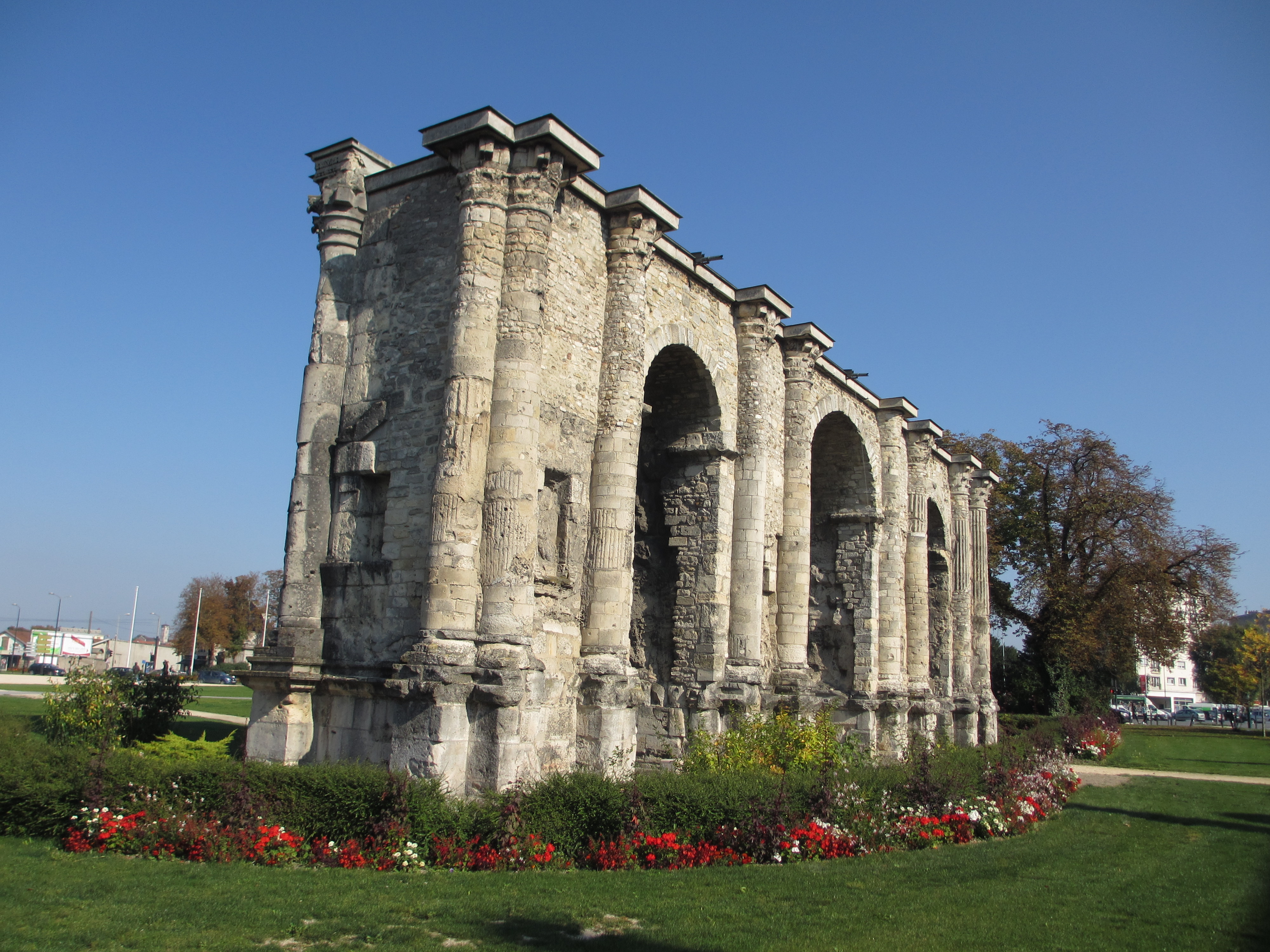 While the Abbey itself was destroyed during the French Revolution, the underground extensions of the Abbey and the cellars survived intact. I particularly loved some of the old medieval doors, and some very gothic wall carvings still visible in the walls – a medieval take on graffiti perhaps?

A safe haven during the First World War

Reims and its neighbour, Verdun, were important parts of the Western Front; indeed, Reims was invaded twice by German forces. By the end of the war only 60 buildings were left standing, so the underground champagne cellars served as an important source of shelter for both the population and Allied soldiers. Exploring the old tunnels, I found numerous examples of WWI soldier carvings on the walls – it felt like touching history! 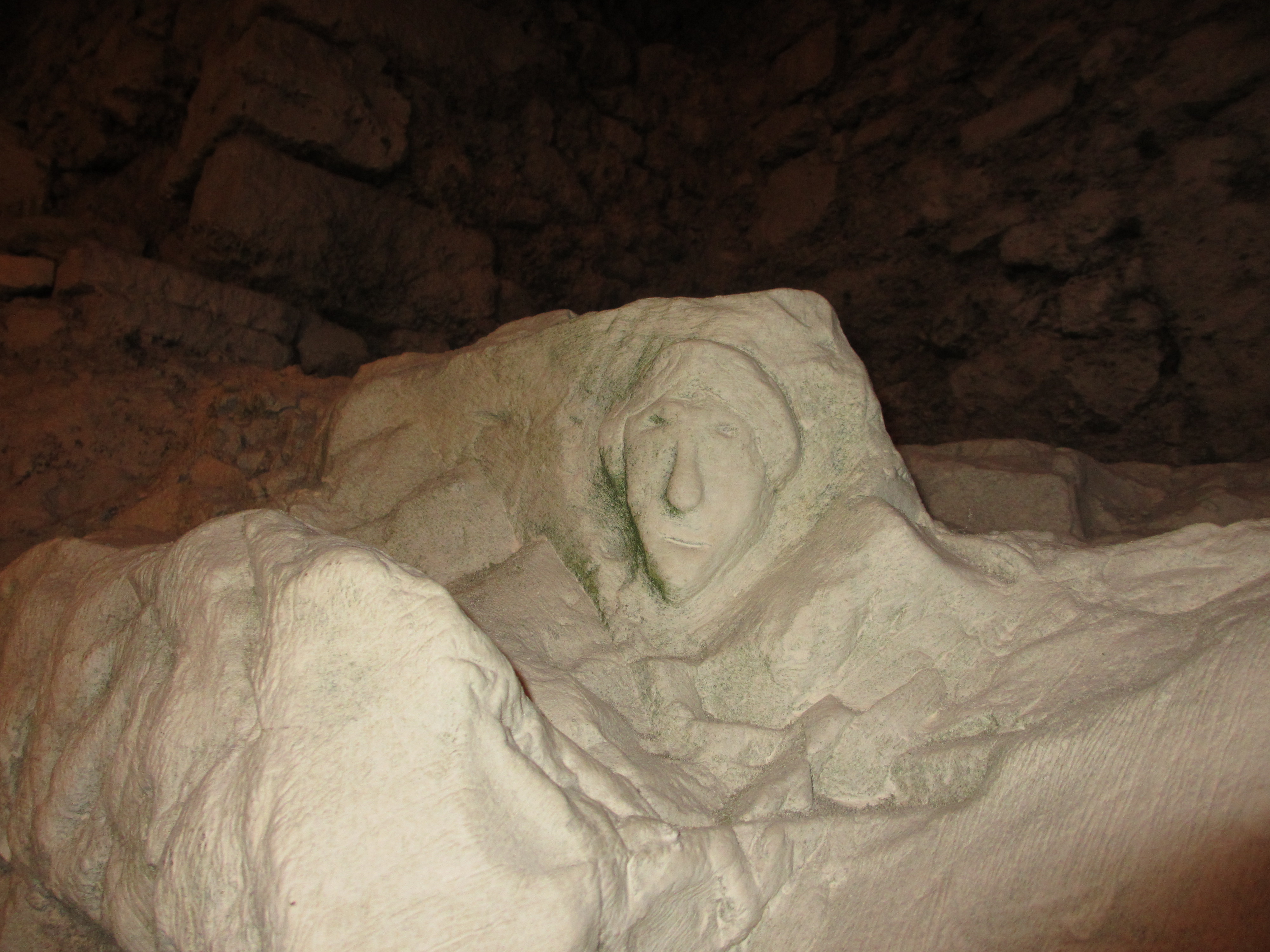 The Taittinger family and the modern champagne house have also left their marks on these historic caves, as French street signs pay homage to members of the family.

And of course, the bottles of delicious champagne are the real stars of the show! Each bottle in these particular cellars is still turned by hand, as the cool, dark atmosphere works its magic. 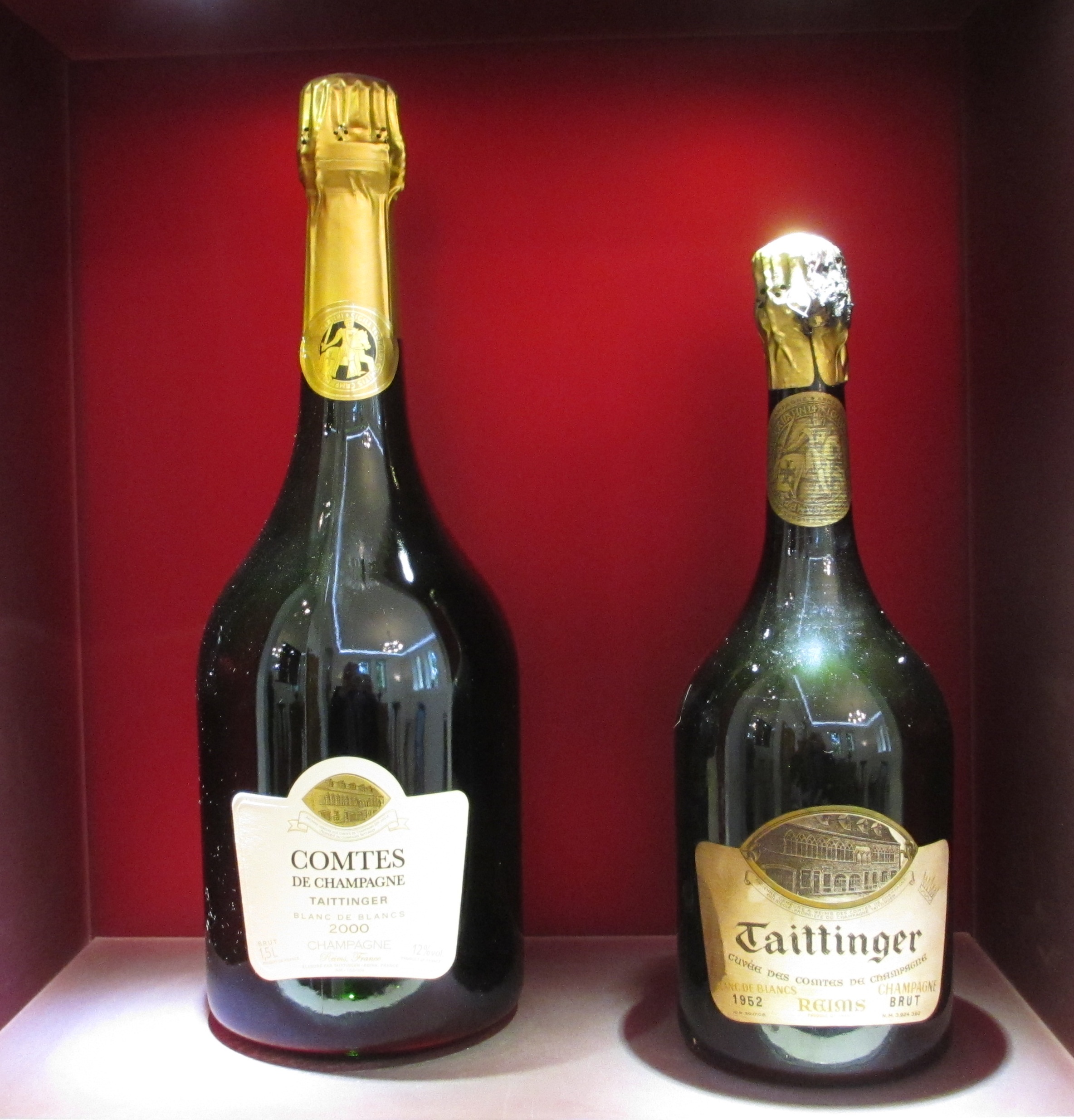 Every bottle will spend a minimum of 3 years cloistered here, until it is deemed to be just perfect.

During our meeting Dominique also gave me a tip that I’m happy to share with My French Life® readers: despite its small quantities, 2013 will be a great year for vintage Taittinger champagne.  The only problem?  We’ll need to wait until September 2018 to try it!

I was fascinated to explore these wonderfully historic cellars. Oh, and the very modern champagne was fabulous too!

What’s your favourite historic site in France? Share your experiences in the comments below.