French bureaucracy is lost in translation 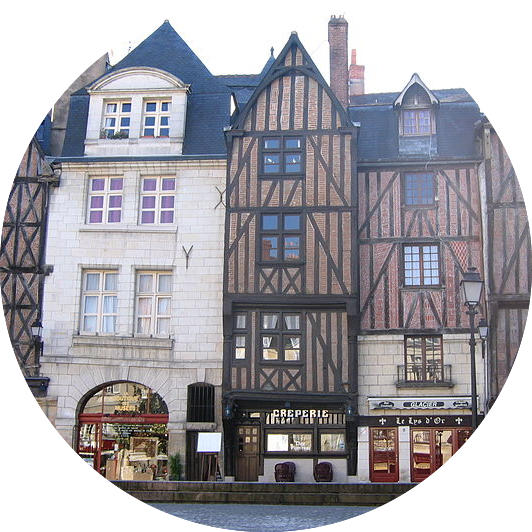 The phrase ‘banking on the pig’ comes to mind for the story I’m about to tell… It has the ring of the medieval about it, but it’s really about something a bit more modern. Well, sort of…

After I finished my PhD, I spent a year in Tours at the Centre d’Etudes Supérieures de la Renaissance attached to the Université François-Rabelais. This seemed the right place to gain a deeper and broader knowledge of the Renaissance, sitting right in the heart of the Loire Valley.

It was somewhere I thought had a pace of life more relaxed than Paris, but was less than an hour on the train from the capital if I needed a hit of excitement (or the major national archives and library).

Besides, I have a sentimental attachment to Rabelais (the namesake of my university); he (and his views of women) being the subject of my honours dissertation many years ago.

So I enrolled in a Diplôme d’Etudes Approfondies (DEA), a year-long qualification which would give me the chance to take some coursework units on varied topics as well as a further thesis. It was a fabulous opportunity to get stuck into the archives, read lots and lots of books, and do nothing other than explore my surrounds.

This trip, I discovered, was quite a different thing to my earlier stays during my PhD research. On these visits, I’d lived in a young women’s hostel in Paris, where I had learnt the joys of shared accommodation etiquette and the experience of mass bulimia – tales for another time…

This embarassment “eased me over the doorstep of my first apartment in France, so I am forever grateful to at least this one of my pronunciation errors.”

Now I had to learn about how to rent a property, get a phone connected, set up a bank account and all the rest of it. I also spent a bit of time traipsing around town armed with a full-sized chest x-ray to show I was free of TB. At the time, this was one of the visa requirements. But having done it, no one seemed remotely interested in ever even taking the slightest peek.

The reality of French bureaucracy

One of the things that stumped me for at least the first few weeks after I arrived was that you couldn’t get a rental agreement sorted out without a French bank account. But you couldn’t get a bank account without some sort of fixed address and evidence of bill-paying to it (i.e. a phone line). And you couldn’t install a phone, of course, without being able to show that you were the contracted tenant of any property. 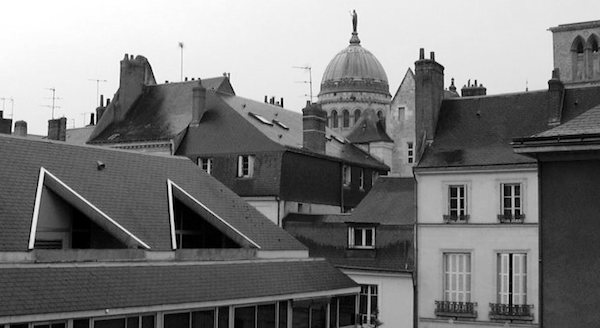 On top of this, in strictly a fortnight I had to be able to report back to the town council on my fixed place of residence, and this had to be signed off by the Student Services bureau in Tours. How could I get that signed in time if I couldn’t get anything in place?

Of course any reader who’s lived in France for any length of time will be quietly chortling at my innocent newbie mistake: actually trying to comply with the regulations and fill in every form correctly. I was soon to learn that this just isn’t the way things transpire in France.

So two weeks up, I came back – almost in tears – to see the head of the Student Services bureau and ask her advice on just what to do to break the deadlock. Could I risk putting down a deposit for the apartment I wanted to rent, and hope that I wouldn’t be deported straight after for non-compliance with the requisite government forms?

The head of the bureau listened carefully – silently; she seemed to be giving the situation a good deal of consideration. This didn’t exactly seem a good sign. But then, she began to laugh. In fact she laughed her head off. I waited for her to stop. But she kept going, for rather a long time. Finally, she wiped her eyes.

“Now I had to learn about how to rent a property, get a phone connected, set up a bank account and all the rest of it.”

I thought we might be moving on to what was so funny, but no, she got up and went to the next office. Two seconds later, more laughter. Yep, I was a hit. But what had I said?

Well, it turns out that although in my head I was saying caution – the French word for deposit or surety (or bail in a legal context) – when I said it out loud I was in fact saying cochon – a pig. (Tip: it shouldn’t have a ‘sh’ sound, break it into its parts – ‘cau-ti-on’.)

So I’d just spent five minutes wailing about who was going to take my pig, was I to pay it to the bank or to the landlord? Did anyone want my pig and how was I to deliver it to them?

She, and the now three colleagues who had come into her office to share the joke, sat me down and ran through remedial pronunciation lessons. They were aimed, it felt, at a five-year-old. It was well intentioned, and I suffered through it, although I was pretty sure this was one word that was fairly firmly etched correctly into my brain now.

“And finally, the form?” she said, “Now, let’s have a look at it.” She reached over and took it from me. “This is what you should do with the form”, she said and promptly ripped it up. “Proceed as if you’ve filled in the forms.”

“Any reader who’s lived in France for any length of time will be quietly chortling at my innocent mistake: actually trying to comply with the regulations and fill in every form correctly.”

Yep, folks, Système D in action – the beautiful workaround system which acknowledges that the French don’t expect compliance with the level of bureaucracy weighing the place down, and only foreigners are naive or stupid enough to try.

From then on, I never got in and out of the bureau during my time in Tours without someone recalling the hilarity of Australian porcine surety, but never mind.

In the grand scheme of things, ‘banking on the pig,’ so to speak, eased me over the doorstep of my first apartment in France, so I am forever grateful to at least this one of my pronunciation errors.

Does anyone have a similar story of impossible French bureaucracy? Share your experiences in the comments below!