A traditional ski weekend in the French Alps 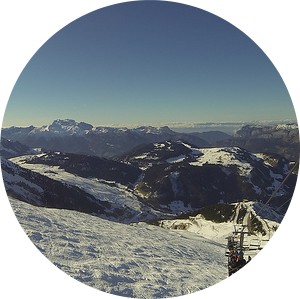 Just before Christmas I was invited to spend a weekend with friends at Grand Bornand. A mile away from its internationally renowned cousins, Grand Bornand is a smaller mountain in the French Alps known and loved by locals. I jumped at the chance.

With only a few trips to the Australian mountains under my belt, it was no surprise that the weekend involved a great deal of falling over (on my part), and a great deal of laughing (on theirs).

However I was pleasantly surprised to learn of the many traditions upheld during a French weekend in the snow.

A chalet nestled in the French Alps

I was lucky enough to stay in a beautiful old chalet, a friend’s holiday home not far from the slopes. Broad beams of rich wood held the chalet together, a sign of its past life as a barn for a neighbouring farm.

Though it was most likely similar to many European winter holiday homes, I couldn’t help but notice a few French touches; the cheese cellar, chocolate Christmas baubles hanging from kitchen shelves and Ricard (pastis) sitting in the liquor cabinet. 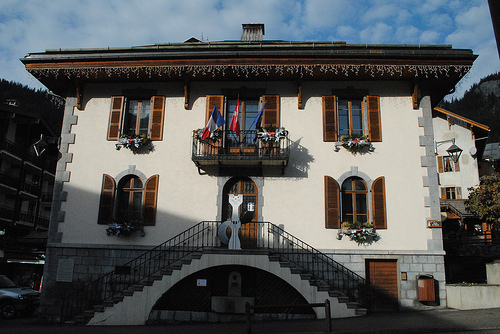 A decent breakfast was important as  often we would ski through lunch and return mid afternoon. For the bread collector, this meant a minimum of ten baguettes each morning. Oh yes, that was ten baguettes. Each morning. 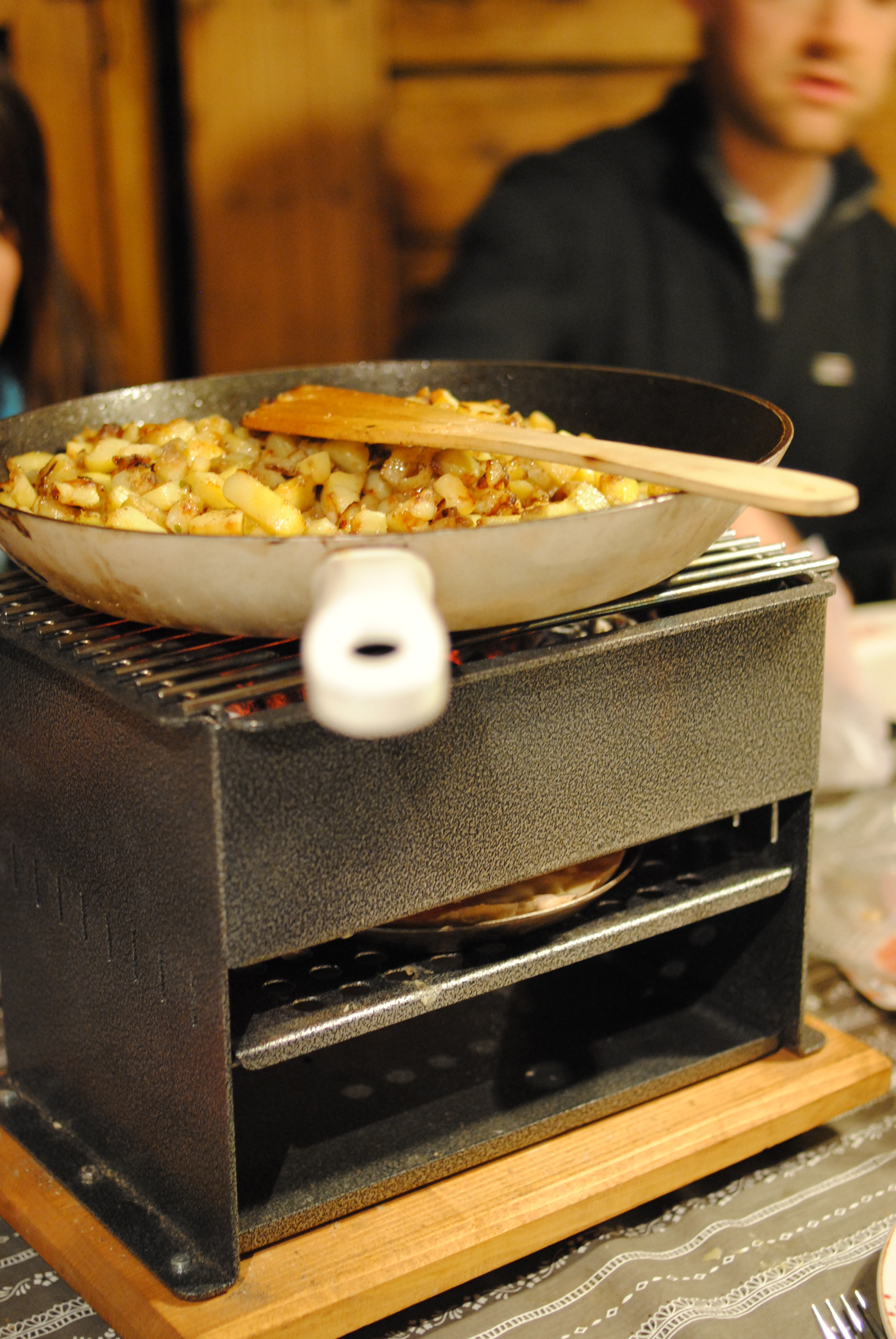 “Oh you don’t know Reblochon? Ah les Australiens”. From the first evening at his family’s chalet, our host was keen to properly introduce me to this French Alpine cheese.

Reblochon de Savoie is a soft, washed rind cheese that comes from the Alps region of the Haute-Savoie. A little stronger in flavour than brie but just as creamy.

We were lucky enough to have a farm producing Reblochon just down the road from the chalet. Each evening another lucky member of our group had the very important task of cheese collection.

Over the weekend we enjoyed three French meals featuring Reblochon. There was Tartiflette, a dish that resembled gratin dauphinois but carried the strong flavour of the Reblochon.

A variation on that theme was the Croziflette, a dish featuring the same creamy Reblochon and bacon sauce with Crozet pasta (unique to the Savoie region) instead of potatoes.

On our final night we indulged in a Raclette de Reblochon. The wheel of Reblochon was split lengthways, grilled under a raclette machine and scraped over boiled potatoes. Enjoyed with charcuterie and cornichons it was the perfect reward to a tiring day on the pistes.

Perhaps it was for our benefit but each evening activity had a French touch to it, whether it was listening to Indochine with a pre-dinner pastis, or watching a live show by Florence Foresti (a French comedian I’ve come to adore). 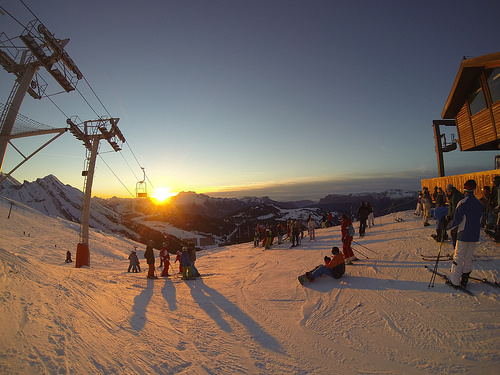 The true pièce de résistance was a cult film; `Les Bronzés font du ski`. My friends quoted their way through the film, yelling at the screen and laughing at every possible joke. That evening I had a real sense of how my international friends feel when I show them `The Castle`.

Trips to the local town

In Australia a trip to the major slopes can be an isolating experience. Once you are up on the mountain it takes time and effort to come down again, particularly when the weather isn’t great. So you don’t do it often.

In Europe the weather is often much nicer, and you can stay in valleys of mountainous areas, meaning there are more opportunities for day trips to nearby towns. Our group enjoyed an afternoon in Annecy, a vibrant city with a spectacular lake and beautiful old town. 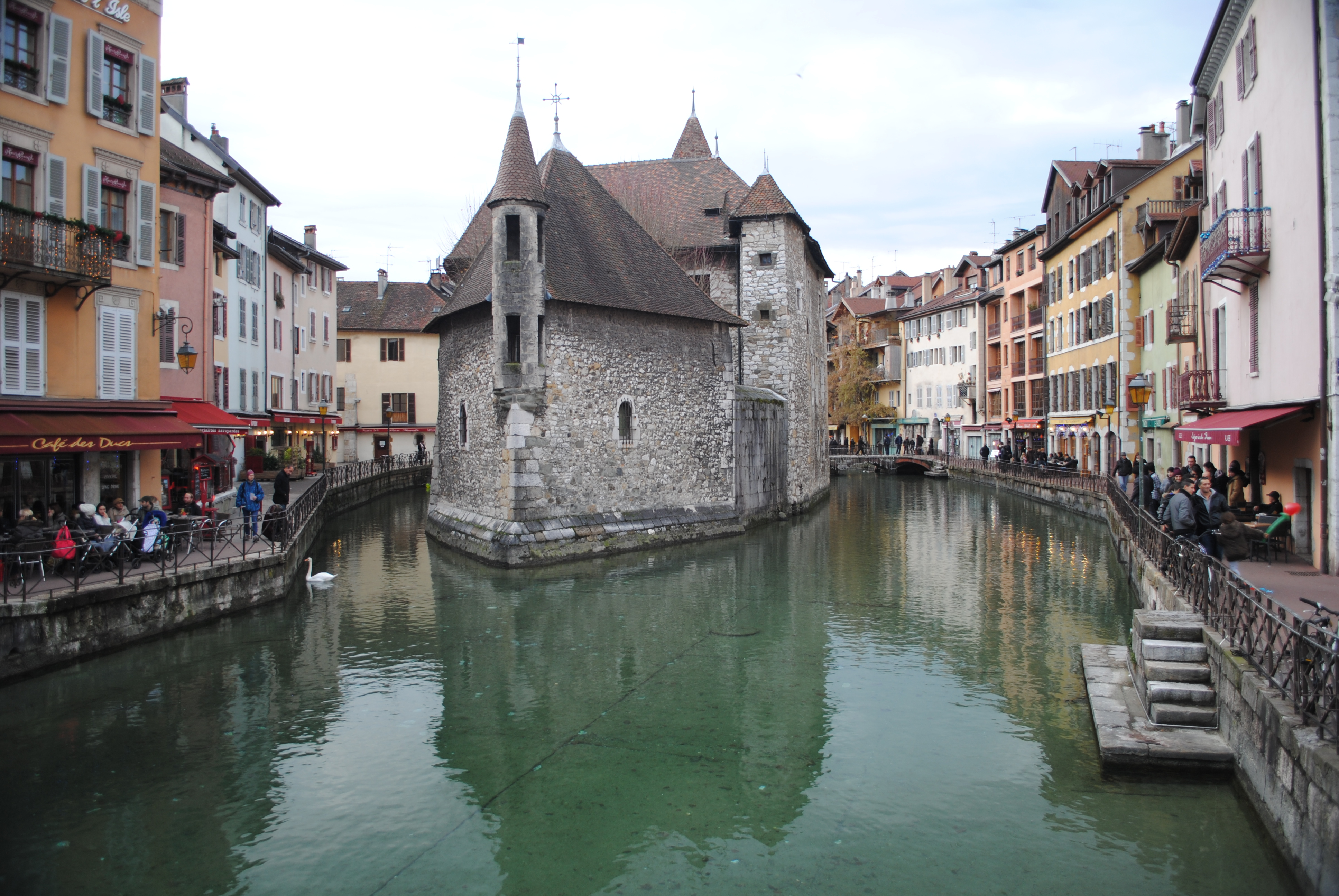 We strolled through the Christmas market, watched an impressive street performer and nipped inside for a hot chocolate when the weather turned (and we had forgotten our umbrellas).

My weekend in the French Alps was filled with learning and laughter. Along with stiff limbs and blue knees I came home with some useful lessons in alpine and French culture.

Discovering a different culture is an ongoing journey! If you have a snow related story (especially a French one!) please share it in the comments below!