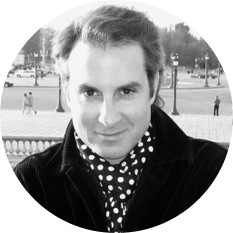 A Parisian by way of Los Angeles, talented tenor Scott Emerson is soon to feature in the French premiere of Stephen Sondheim’s ‘Into the Woods’ at the Théâtre du Châtelet.

We had a chat with Scott, who told us about his road to success, his favourite haunts in the ville lumière, and how he memorises multilingual roles.

Scott, how would you describe yourself in three words?
Eclectic, tenacious and vivacious.

Tell us about the moment you decided to become a professional singer. Was it a hard choice to make, given how difficult it can be to break into the industry?
A natural progression…which seems logical now. [It] did not happen overnight:

Piano lessons at a very young age led to other performing venues, progressing to a university scholarship in music – and summer programs, apprenticeships, winning a few competitions, eventually leading into debuts in both North and South America, and Europe. 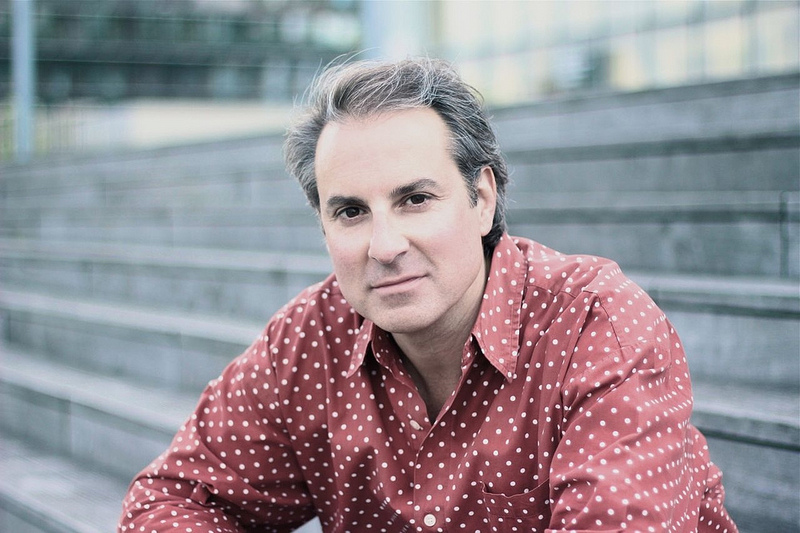 Tell us now about the moment you decided to make your home in France. What was the motivation behind the decision?
After working six consecutive seasons in France (three years with the Opéra National de Lyon, and then another three at the Opéra-Comique, Paris) I became eligible for a carte de résident (French ‘green card’).  When that work period was over, I really wanted to stay permanently – and have – in Paris!

It must be hard to learn parts in Italian or French when it’s not your native language. What are the tricks to memorising something in another language?
I studied Italian for four-plus years in university, and French was learned in France.  I was fortunate to have great coaching and help along the way. I was a company member for six seasons in two French opera houses, singing many roles in Italian and French.

Tell us about your most challenging experience as a performer. What was it, and how did you overcome it?
Memorising in any language, including English!  I must begin the process as early as possible.

Out of all the characters you’ve played, which was your favourite? Why?
Le mari (the husband) in Francis Poulenc’s ‘Les Mamelles de Tirésias‘.  The role and the opera fit my personality. I’ve been fortunate to have sung the role in three different productions. As a foreigner I had the privilege of debuting the role as part of the of the centennial celebrations in 1998 of the Salle Favart (Opéra-Comique) in Paris, where the opera was created in 1947. 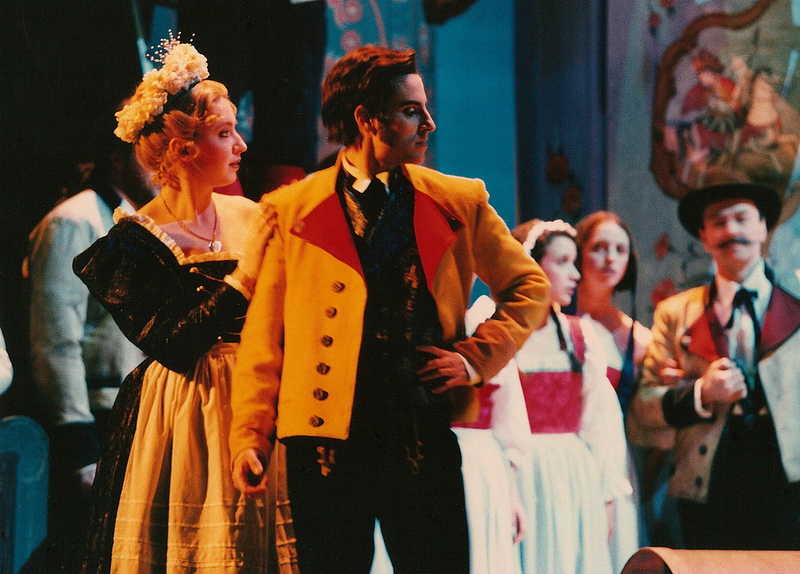 Tell us about your upcoming show, ‘Into the Woods’. What is the premise of the show, and which character do you play?

I will be playing Cinderella’s Father in Stephen Sondheim and James Lapine’s 1988 Tony Award winning ‘Into the Woods’ at the Théâtre du Châtelet in April. This production will be directed by Lee Blakeley and conducted by David Charles Abell.

The synopsis – taken from Playbill®, from the original Broadway production:

A childless baker and his wife endeavor to lift their family curse by journeying into the woods, where they encounter Rapunzel (and her witchly ‘mother’), Cinderella, Jack (of Beanstalk fame), Little Red Riding Hood and other classic fairy talke characters, and they all must learn the responsibility that comes with getting what you want. 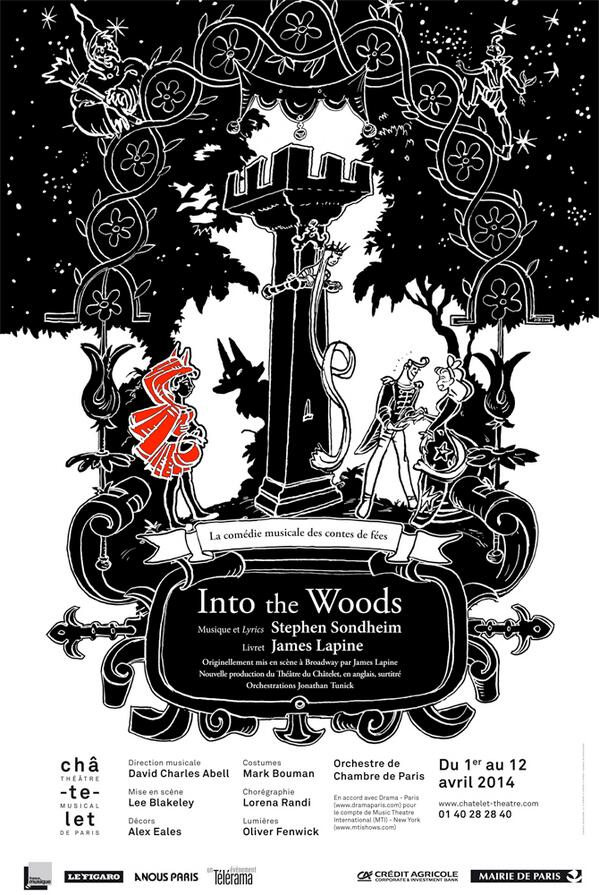 You performed in many Sondheim productions already – ‘Sunday in the Park with George’, ‘Sweeney Todd’. Coud you tell us more about him and why you enjoy these in particular?

I have been slightly obsessed with Stephen Sondheim for some time. I was lucky, (and am old enough) to have seen the original productions of ‘Sweeney’, ‘Sunday’, and  ‘Into the Woods’. ‘Sweeney Todd‘ had a profound impact on me when I was in High School. I decided after seeing ‘Sweeney Todd’, that I was going to be a performer of some sorts, professionally, which inspired me to study music and theatre at University.

I have been fortunate to have already participated in two of the Châtelet’s LUXURIOUS Lee Blakeley Sondheim productions: ‘Sweeney Todd’ and ‘Sunday in the Park with George’. These productions were directed by Lee Blakeley, who gave Paris its first taste of Sondheim (in V.O.) in 2010 with ‘A Little Night Music’ and ‘Sweeney Todd’ in 2011, followed by ‘Sunday in the Park with George’ in 2013.

Last season’s ‘Sunday in the Park with George‘ was an exceptional adventure with a newly commissioned Michael Starobin expanded orchestration played by the Orchestre Philharmonique de Radio France, conducted by David Charles Abell.  Both Sondheim and James Lapine were present and happily it was recorded for both radio and television. This production is expected to be released on DVD in the future.

“I decided after seeing Sweeney Todd, that I was going to be a performer of some sorts, professionally, which inspired me to study music and theatre at University.”

Speaking of Sondheim…In the 2013/2014 season, I pulled a Sondheim ‘hat-trick’!  Three Sondheim shows in one season!

At the beginning of the season in October 2013, I was Franz/Dennis in Sarna Lapine’s new staging of ‘Sunday in the Park with George’ at Short North Stage in Columbus, Ohio.

In April 2014, I will be Cinderella’s Father in the Châtelet’s new Lee Blakeley production of ‘Into the Woods‘, and at the end of the season I get to sing one of my favorite roles again, Pirelli, in ‘Sweeney Todd’, directed by Olivier Bénézech, starring Jérôme Pradon – coproduction in France with the Clef des Chants and the Midsummer Festival – Château d’Hardelot in June/July 2014.

Thanks to the bold vision of Jean-Luc Choplin (General Director of the Théâtre du Châtelet) and his programing of these French Stephen Sondheim premieres,  others have followed.  Opéra de Toulon presented the French premiere of ‘Follies‘, in 2013, which will be revived at Opera Metz in 2015, and the upcoming ‘Sweeney Todd’ in 2015 at Opera de Reims (Version Benezech) and the possible French premiere of Passion in 2016 at the Châtelet…

These are exciting times for discovering Sondheim in France! 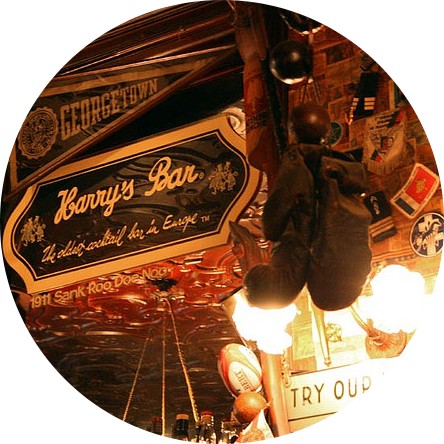 Dreamland: Bar 8 Mandarin Oriental Hotel  (Their ‘Sputnik’ cocktail is deliciously decadent.)
Reality: Playtime, for a ‘Spicy Sazerac’, or my old standby: Harry’s Bar, for an ‘Opéra’. 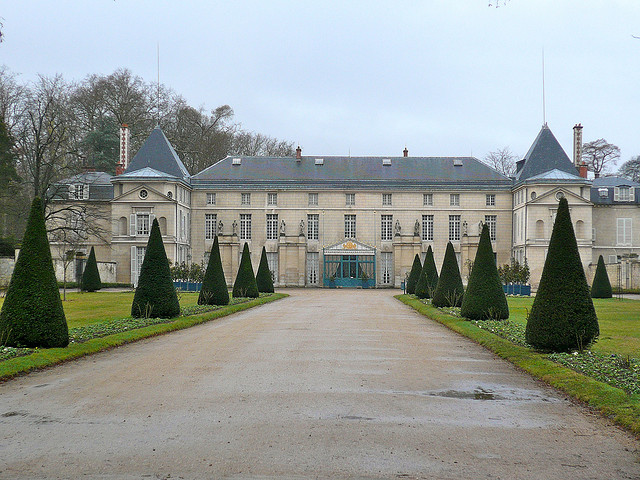 Thank you, Scott, for talking to us at MaVieFrançaise®, and all the best for your upcoming performances!