Chenonceau: the women behind the French château 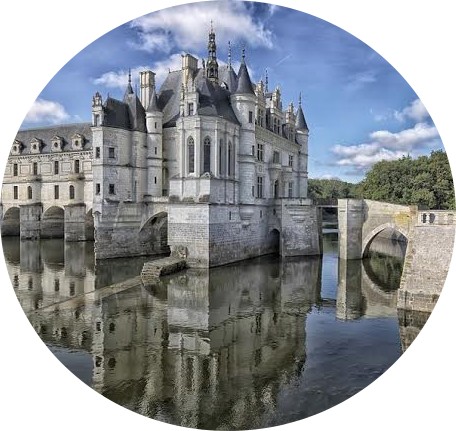 The French Château de Chenonceau is among the most beautiful jewel palaces of the Loire Valley. This delicate structure bridging the river Cher has a dramatic and romantic story to tell.

Now owned by the Mênier chocolate-making family, the palace is full of nooks and crannies, perfumed with fresh flowers from the surrounding gardens, and boasts delightful woods, a working farm and caves à vin to explore.

But the centerpiece is certainly the château itself. Originally the first steps towards the elegant palace we know today were developed under the watchful eye of Katherine Briçonnet, wife of Thomas Bohier, chamberlain of Charles VIII.

From 1515 to 1521, she oversaw the building of a compact square house by the side of the river where once had stood an old mill. The location was an attractive one. The mild climate and game-filled forests not too far from Paris made the Loire valley an ideal leisure and hunting playground for the French kings, hence why there are so many pleasure palaces from the era in this region today. 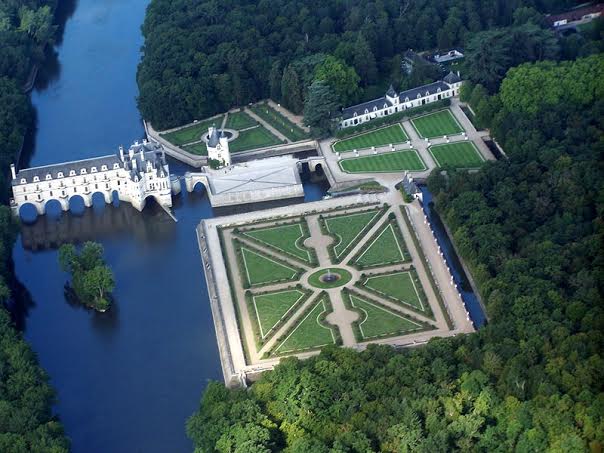 But when Thomas and Katherine’s son defaulted on debts to the French crown in 1535, François I seized his chance to appropriate the residence. Henri II then gave the French château as a present to his long-standing mistress, Diane de Poitiers.

A fervent hunter, Diane commissioned the leading architect of her day, Philibert de l’Orme, to create a bridge over the river to access more easily the hunting grounds on other side. 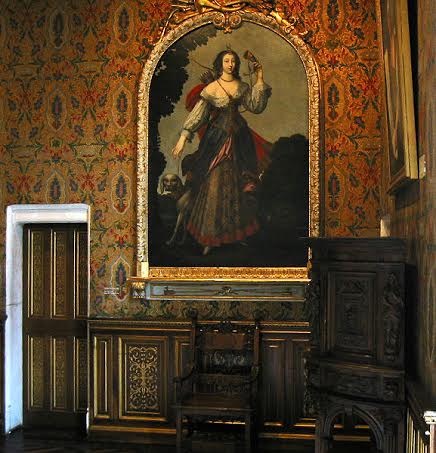 Diane was rumoured to slip every morning through the cool basement kitchens of the palace, lapped by the waters of the Cher in order to take an early morning dip in the freezing waters, which was said to keep her ageless complexion bright – all before Henri arrived to join her in the hunt.

(Recent analysis of her hair also suggests she was also drinking gold dust, a popular French elite anti-ageing agent, which may have in fact caused her death.)

Diane’s extensive plans for the French château were to go unrealised, however, because of the untimely death of Henri II in 1559, following an accident at a ceremonial jousting match to celebrate the marriage of his daughter Elisabeth to Philip II of Spain.

Henri’s long-suffering wife, Catherine de Médici, seized her chance to take back Chenonceau (as well as a long list of French crown possessions and jewels Diane had accumulated).

Some Italian additions to the French château 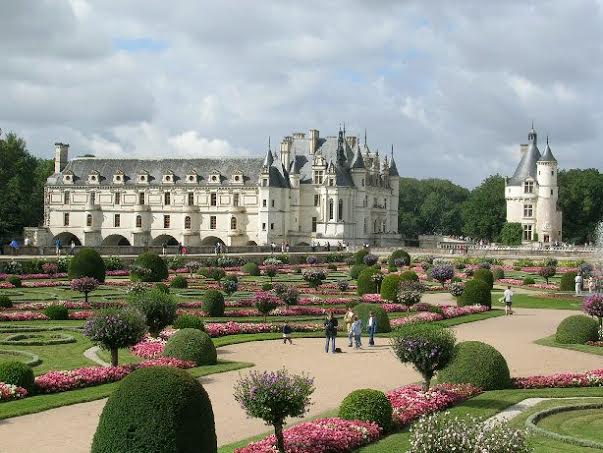 She set about adding Italian flourishes to the building and built the enclosed gallery over the bridge, including roundels celebrating the glory and antiquity of the (actually rather nouveau riche by Renaissance standards) Medici family. Catherine also developed the formal pleasure gardens which became the site of many a glittering party and ball during the reign of her son Henri III.

After Catherine’s death, the palace passed to her daughter-in-law Louise de Lorraine-Vaudémont who used it as an escape from life in the French court after the assassination of her husband Henri in 1589. She threw herself wholeheartedly into mourning and her time at the château is remembered in the somber black-painted room embellished with cornucopia of silver tears, grave-digging implements and skulls and crossbones. 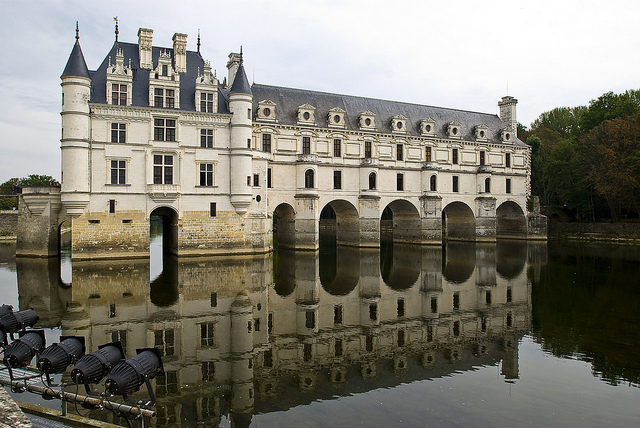 By the eighteenth century, Chenonceau had passed into private hands and was the site of an elegant salon hosted by its aristocratic mistress, Louise Dupin, welcoming the Enlightenment intellectuals of her day. She is widely credited with saving the château during the French Revolution, but it was also a pragmatic move by the revolutionaries – the gallery over the river was one of the few crossing points in the area.

This fact became useful again at a later time, when the château’s gallery served as a key access point from Nazi-occupied to ‘Free’ France during World War II.

Women have been integral to the loves, lives and losses of this French palace, and their memory is reflected through the furnishing, artwork, decorative motifs, and even the floral bouquets of the varied rooms and landscapes we see today.

Have you visited this chateau, or even heard of it? What did you think? Share your comments with us below- we love to hear from you!