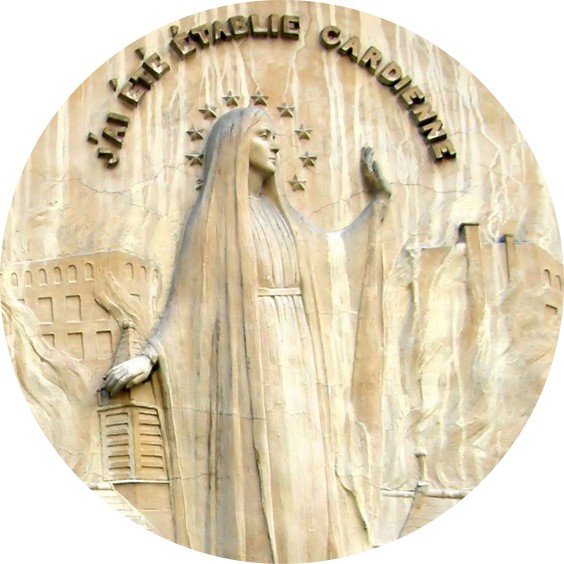 Most Parisians don’t know that there is a place in the city where the incorrupt body of a Saint is on display in a glass coffin. Yet this secret is not so well kept.

The Chapel of the Miraculous Medal welcomes 2 million international pilgrims each year. So what do these visitors know that the residents don’t?

La Chapelle de la Médaillon Miraculeuse sits tucked neatly beside premier department store Le Bon Marché, on the Rue du Bac in Paris’ 6th arrondissement. Hidden behind the discreet facade waits a veritable treasure chest of stories and riches, accessible to all who cross the threshold into one of the most hidden Paris churches.

The chapel was consecrated in 1815 as a home for the ‘Daughters of Charity’ religious order, and became famous throughout the country in 1832, all thanks to a 24 year-old novitiate.

Catherine Labouré awoke one night to find her guardian angel waiting at the foot of her bed. The spirit led her to the chapel, where the Virgin Mary appeared to the young woman. The two conversed for a number of hours, until Mary left 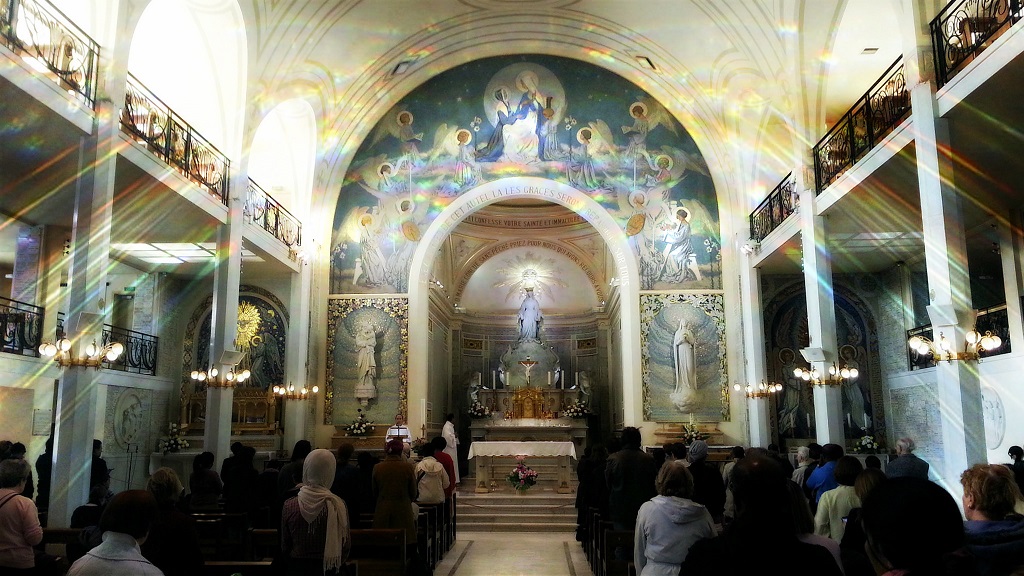 She reappeared again 4 months later, and this time gave detailed instructions on the design for a medallion she wished to be constructed.

Catherine confided in Father Abelard, her spiritual director, under the condition that he not tell anyone how he came to learn of the design. The priest agreed on both counts: he began construction on the medals according to the model Catherine gave him, and he took the secret of their origin to his grave.

Not long after the medals were minted, the miracles began.

A cholera epidemic tore through Paris in 1832, and the medals were distributed to the infected patients filling the hospitals. Many of the ailing recovered, and consequently the medals garnered the name “Médaillons miraculeuse”. 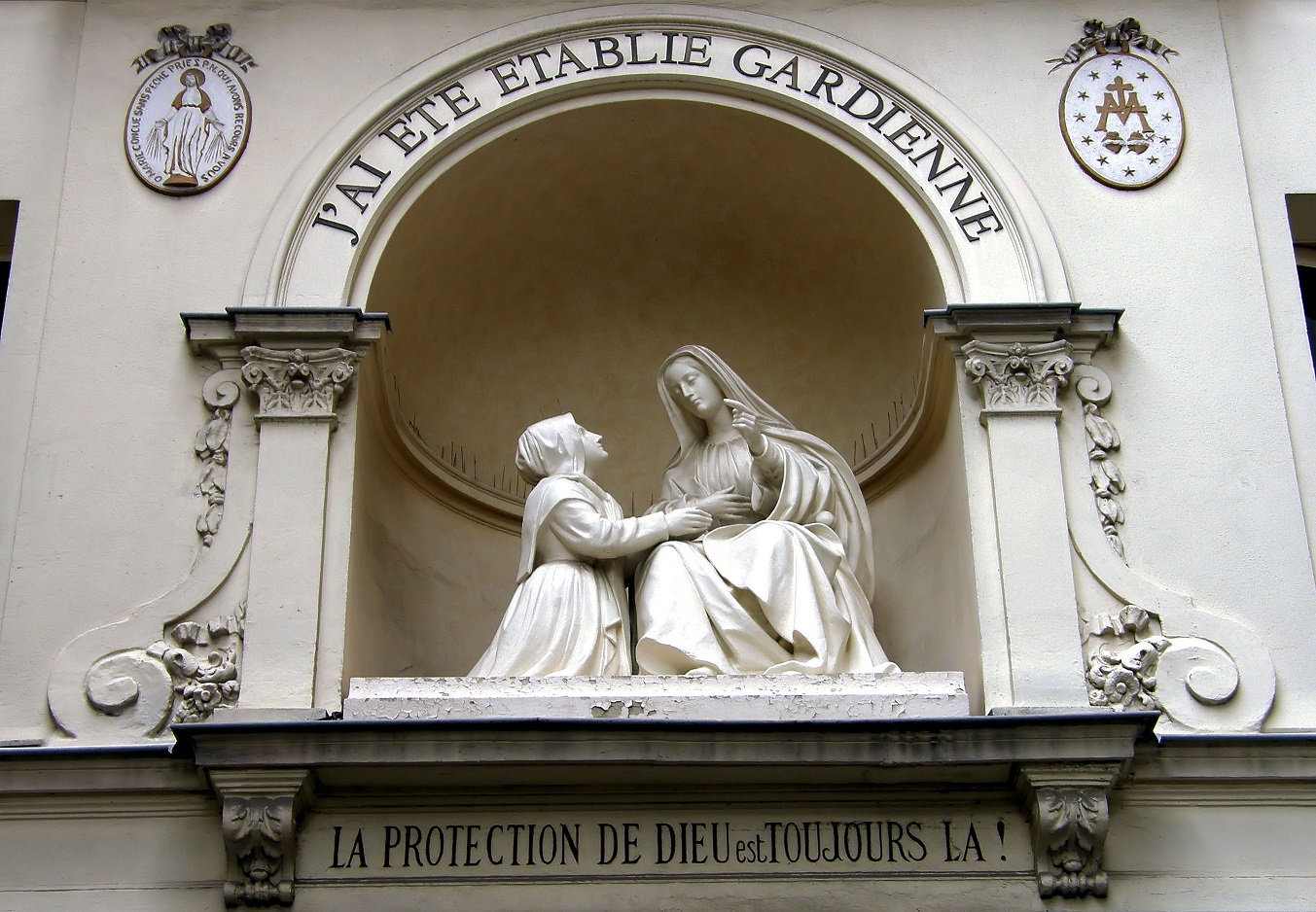 On November 22, 1915, the Bon Marché caught fire, endangering the convent beside it as the flames began to spread. Firefighters came and ordered the evacuation of the convent, but the sisters refused to leave.

Instead, they stood in the path of the pyre and prayed, clasping their medallions in their joined hands. Rather than destroying them along with their sanctuary, the blaze inexplicably changed direction and spared the church and its inhabitants.

However, Catherine Labouré’s miracles were far from over.

Catherine Labouré maintained the veil of secrecy over her part in the medal’s origins for her entire life, revealing it only shortly before her death.

After her passing, the Catholic Church canonized this simple country girl who had stayed so humble when touched by greatness. When she was exhumed in 1933, her body was found to look exactly the same as it had the day she was buried! 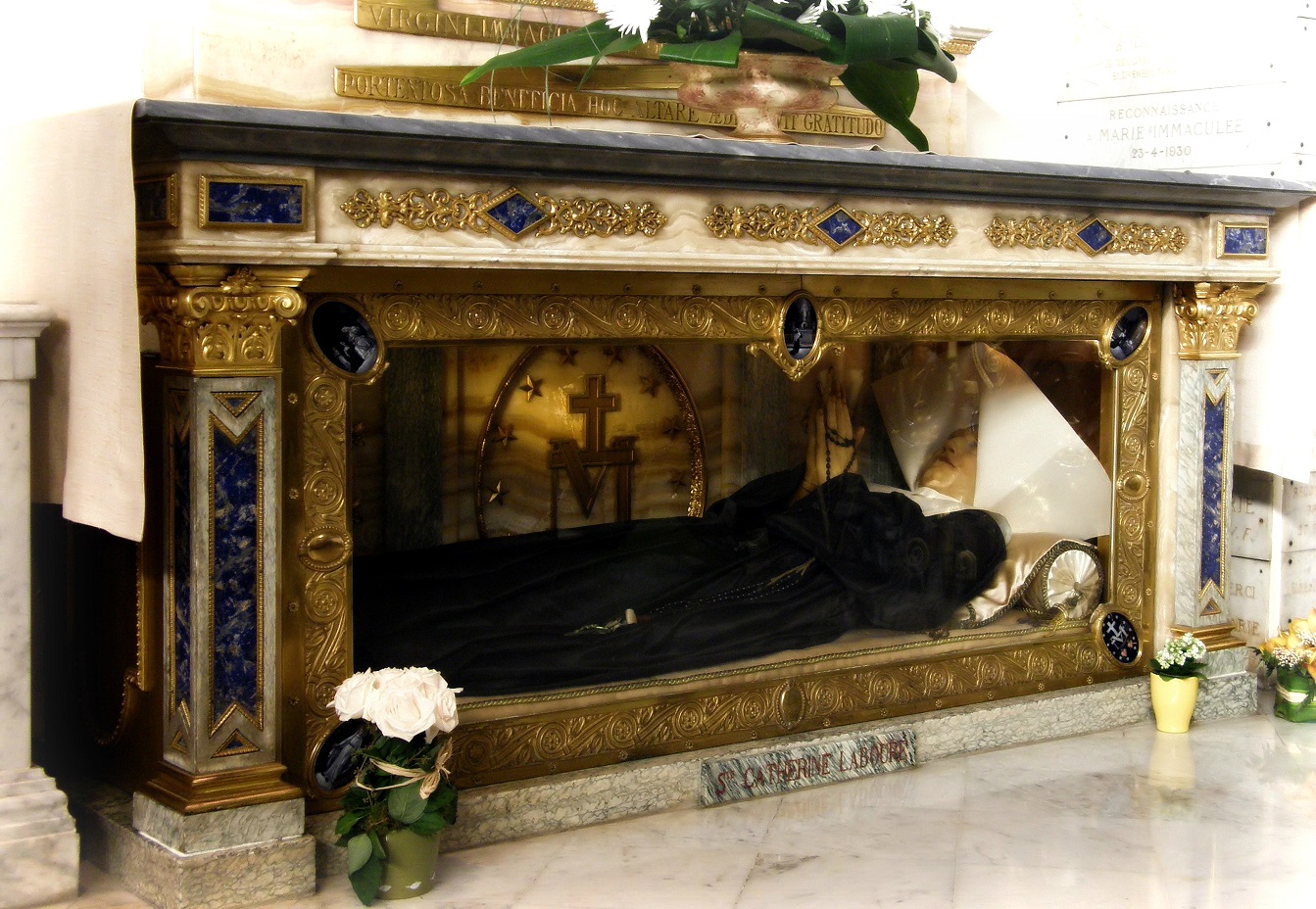 To celebrate this last miracle, Catherine Labouré’s incorrupt body was placed in a glass coffin at the front of the Chapel of the Miraculous Medal, where anyone who cares to approach may still see the miracle first hand.

What about you? Does seeing the incorrupt body of a dead saint fascinate or shock you? Add your opinion to the comment box below.