Paris in September – what’s on? 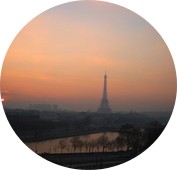 As the months creep into the dustier shades of autumn, it’s easy to remember why Paris in September is one of our favourite times of the year. The city quickly finds its regular rhythm again as Parisians return, prompting shops and restaurants to re-open their doors. Comme d’hab, there’s a lot going on, whatever you fancy! En fait, the list is seemingly endless, which is why we’ve put together a list of our top favourites juste pour vous. 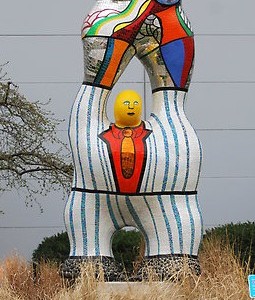 Niki de Saint Phalle was something of a force to be reckoned with. Her work is prolific, ranging from her well-known voluptuous Nanas (un mot d’argot for ‘women’) sculptures to her impressive sculpture garden found in Tuscany, in the Giardino dei Tarocchi (Garden of Tarot). One of the first female artists to achieve international acclaim, her ferocity when it came to portraying socio-political issues through a variety of media made her into one of the least conventional artists of the 20th century. This exhibition works as a retrospective of her work, offering a chance to pay tribute to her skill and range of pieces. 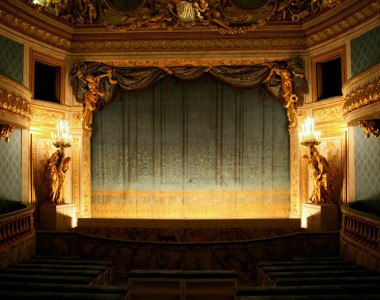 In September, the Chateau de Versailles is hosting Philippe Jaroussky and Nathalie Stutzmann for renditions of Vivaldi and Handel. Given the setting, it promises to be an evening of the utmost elegance. If you haven’t yet ventured outside the périphérique to revel in the extreme beauty of Versailles, this is the perfect opportunity. An added bonus is that you’ll skip the usual queues and hordes of tourists by choosing to attend this fabulous event. 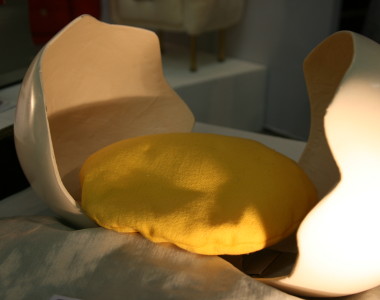 Paris is known for fashion, but it’s also becoming a player on the design scene. Paris Design Week is now in its third year, and has quickly become a great way for promising young designers to showcase their work. Luckily for us, the events are open to both the trade and the general public. What we particularly love about this event is that it was designed as an itinerary through the city. Every day, the events move to a different design district, so the designs will be showcased in over 150 venues all over the city – ranging from showrooms to concept stores, and from designers’ workshops to galleries. Throughout the week, the city will play host to artists, designers, architects and designers, and the agenda will be filled with design-related events, lectures, workshops and even cocktail parties.  It’ll be a bit of a whirlwind, but you can at least attempt to keep track of the events by liking the Facebook page.

When: 6-13 September
Where: All over Paris
Metro: Changes according to location!

Paris Design Week may be a bit of a newcomer – albeit a popular one – on the Parisian calendar, but the Autumn Festival is now a classic: it’s been running successfully since 1972. At MyFrenchLife™, we really love this event: quite simply, it sets the bar impressively high for the cultural agenda for the rest of the year. The list is extensive, with more than 50 events and over 100 000 visitors each year, and is an excellent opportunity for both emerging and established artists to showcase their work. The festival is composed of a mixture of dance, theatre, sculpture and music, and although the programme varies from year to year, events always take place in some of the most iconic buildings and museums of the city, from the Orsay Museum to the Theatre des Champs Élysées. There are many events to choose from, but we’ve picked some of our favourites just for you… 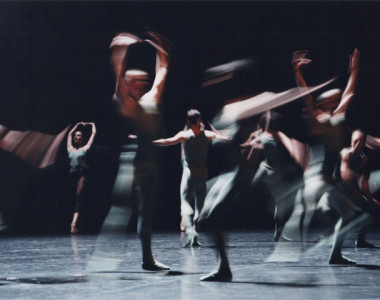 William Forsythe is recognised as one of the world’s foremost choreographers. He is famed for moulding the practice of ballet into one that, despite its connotations of the classical, is considered a dynamic art form of the 20th century. The Autumn Festival includes a presentation of his choreographed ‘Limb’s Theorem’, which the NY Times called “dreamlike yet chaotic”. 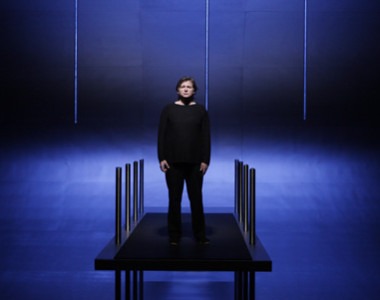 Intérieur is the second piece we’ve chose out of the Autumn Festival line-up. Considered by many as a play that pioneered a new form of theatre, Claude Régy takes Maurice Maeterlinck’s symbolist masterpiece under his wing for the second time and attempts to portray the power of silence. He seeks to go beyond what can be heard and study existence itself. 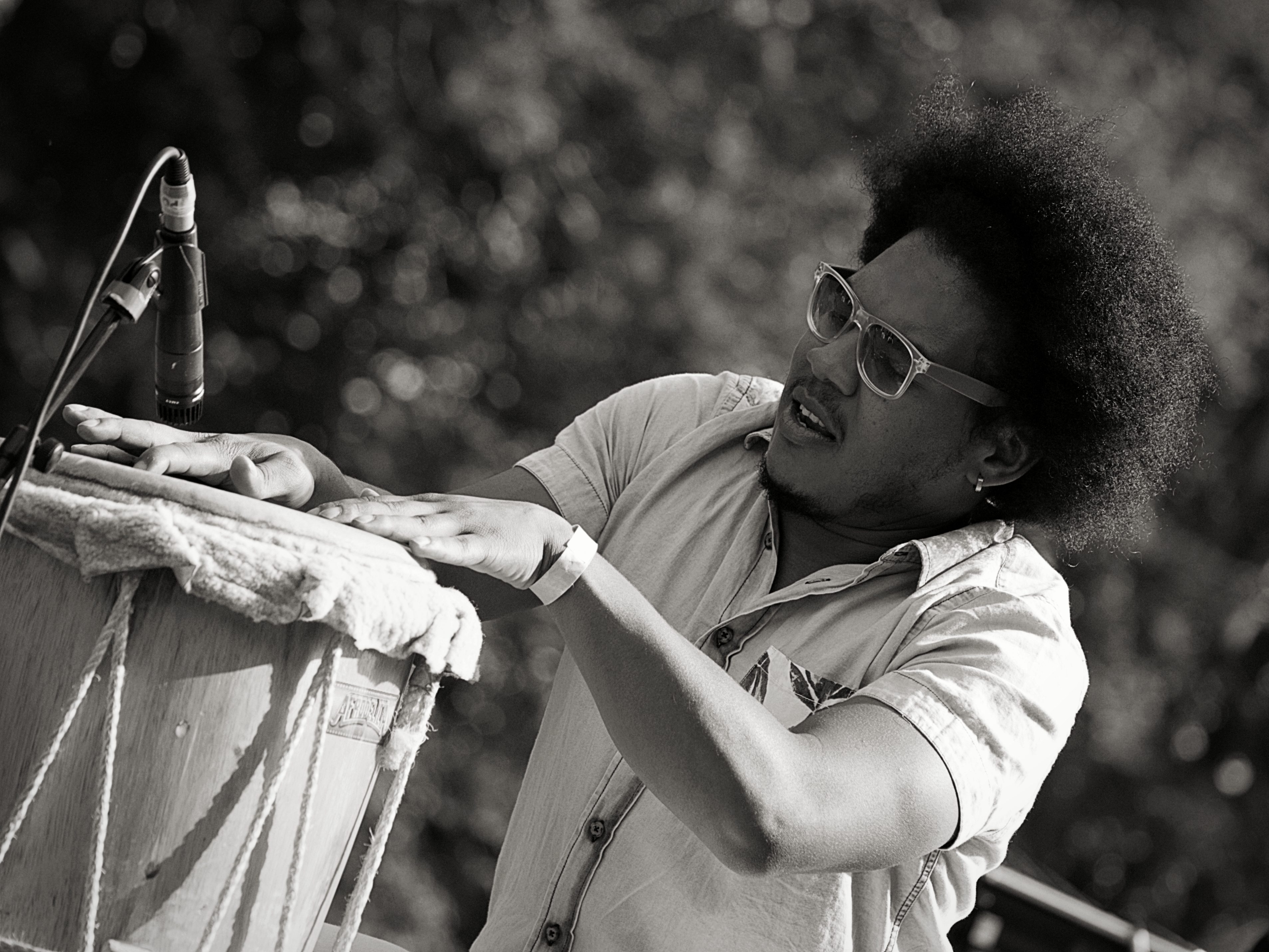 Now in its 38th year, the Festival d’Ile de France brings together music from around the globe and across centuries. The festival will host 30 concerts in 25 locations around Paris, including heritage buildings and parks, and runs until 12 October. This year’s theme is ‘Taboos: music and the forbidden’, paying tribute to music and musicians that have been censored or banned over the years. Whether your tastes favour wild Colombian salsa or rich, classic baroque, you’ll find something to move you at the Festival d’Ile de France. And with over a hundred workshops, lectures and masterclasses, you just might learn something, too!

When: 6 September – 12 October
Where: All over Paris
Metro: Changes according to location!

Are you going to Paris in September? What have you got planned? Let us know in the comments below, we would love to hear from you!

Image Credits:
1. Paris in the evening by Lemondjnn, via DeviantArt.
2. Sculpture by Niki de Saint Phalle by Barnsis, via RedBubble.
3. Opera at Versailles by Remi Jouan, via Wikimedia.
4. Design week in Paris by Bruno Cordioli, via Flickr.
5. William Forsythe ballet, via Brainhealthpro.
6. Claude Régy – Intérieur, via Colline.fr.
7. Sidestepper by Elian Chrebor, via Flickr.