Films about France: ‘The Hundred-Foot Journey’ comes to the silver screen

Spoiler alert! Plot details for both ‘The Hundred-Foot Journey’ and ‘Babette’s Feast’ follow… 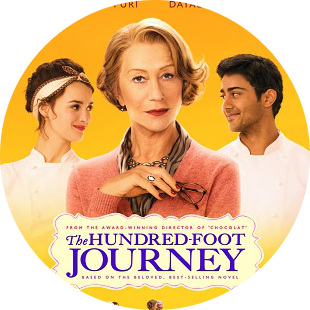 I have a faible – a weakness – for books and films about France and food. This is especially true when they’re set in restaurant kitchens, and in France.

Among my favorites is Gabriel Axel’s ‘Babette’s Feast’ (1987), even though the movie is situated in a remote corner of 19th century Denmark and based on a story by Isak Dinesen.

Babette Hersant, a French political refugee, is housekeeper to the devout daughters of the village Lutheran minister. After winning the lottery, Babette decides to spend her money cooking the sisters and their friends an exotic and no holds barred French meal, rich with sensual pleasure. What we learn through the course of the film is that Babette was a well-known chef in Paris at the time of the 1871 Paris Commune. We also realize food’s transformative, spiritual, power and grace.

So, when Richard C. Morais’ popular first novel ‘The Hundred-Foot Journey’ emerged, I was predictably smitten.

The book was on my list of must-reads, and when the movie was released this summer I was determined to go, despite some unfavorable reviews. The movie is directed by Sweden’s Lasse Hallström (of ‘Chocolat’ fame), and stars Dame Helen Mirren as Madame Mallory. The film is a rich and sensual visual treat, where Morais’ restaurant scenes come to glorious life. 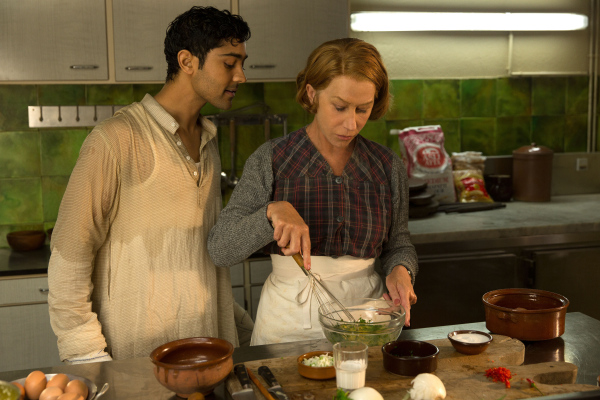 ‘The Hundred-Foot Journey’ is a fairy tale, where love and good fellowship conquer all, be it competition in the kitchen or cultural chauvinism – even racism. For those of you unfamiliar with the plot, the book is about a Muslim family from Mumbai. The family immigrates first to London, and then to an Alpine village in France. There the clan opens an Indian restaurant 100 feet from Le Saule Pleureur (The Weeping Willow), a one-star Michelin restaurant, run by Madame Mallory.

Hassan, one of the sons (played by Indian-American Manish Dayal), is a supremely gifted cook. His Indian dishes are inspired; considered to be food of the gods. However, he has his heart set on classic French cuisine and ultimately crosses the road to become an apprentice in Madame Mallory’s establishment.

Hassan’s family emigrates from Mumbai because Hindu extremists have burned their restaurant, killing Hassan’s mother in the process. In France, there is a similar backlash from Madame Mallory who yells at Hassan’s father, “Get out of my country, you…you dirty foreigner.” But in the book the restaurant fire that ensues is an accident, not the result of a racially-motivated firebombing, as is the case in the film.

Another unfortunate cinematic tweak of the book surrounds the reception the townspeople give Maison Mumbai. In the film, they patronize the restaurant reluctantly. In the book, there seems to me no generalized xenophobia on the part of the French. Quite the contrary; they are receptive and supportive.

Hassan eventually ‘makes it’ in Paris thanks to the patronage of French investors and his own good sense. (In the book, there is little suggestion of heavy drinking as a way to blot out one’s problems surrounding identity.) His restaurant, Le Chien Méchant, earns three stars, making him the first minority chef in France to be given this honor.

Do read the book because it provides a more insightful treatment of ethnic and religious hatred, which the film unfortunately sidesteps. In addition, one of the best parts of the novel, to my mind, describes the economic challenges and pressures surrounding restaurant management in contemporary France.

Have you seen the movie, or read the book? Maybe both? Do you think a book is usually better than its film version? Join the conversation below!