French fashion in Paris: the art of nonchalance 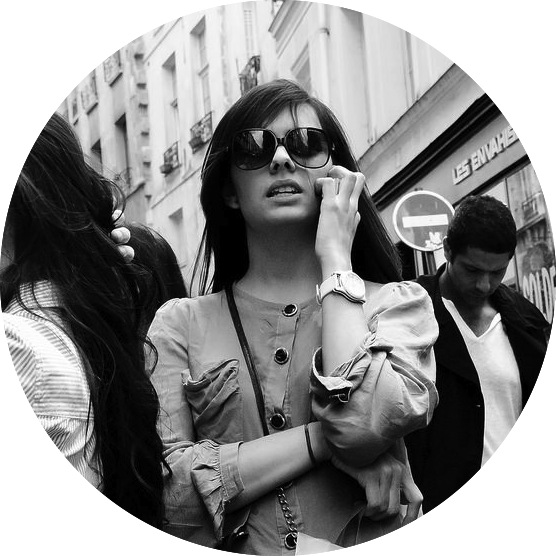 In Paris, dressing shabbily simply won’t do. Not in shops, on the metro, nor in bars and bistros. Teenagers and students can get away with all kinds of eccentric ensembles, but generally, one’s attire is a top priority.

I recently visited Paris for the first time, and was looking forward to seeing for myself what people mean when they describe French fashion by saying that French people have a certain je ne sais quoi.

Interestingly, it was small observations that made the most lasting impression. Those such as a woman leaning over and exposing her shoulder, which had popped out from beneath a fine white shirt to reveal the strap of a silk camisole, or a man striding along with rolled-up slacks and odd socks, his brogues perfectly scuffed upon the toes.

In their book ‘How to Be Parisian Wherever You Are’, Anne Berest, Audrey Diwan, Caroline De Maigret and Sophie Mas write: “The Parisienne never gives too much away. When it comes to revealing herself, she follows one golden rule: less is definitely more.” 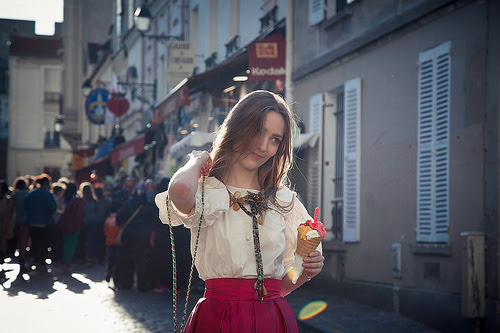 After spending time in this magical city, it’s difficult not to become more aware of how you are presenting yourself to the world. So what trends are the French currently sporting? I took to the street with my eyes wide open to discover and decipher le look du jour.

It’s true that the French are masters of nonchalance and if they do wear something that’s well-loved, it’s usually a standout piece and they make sure to pair it with immaculate shoes or a designer bag. 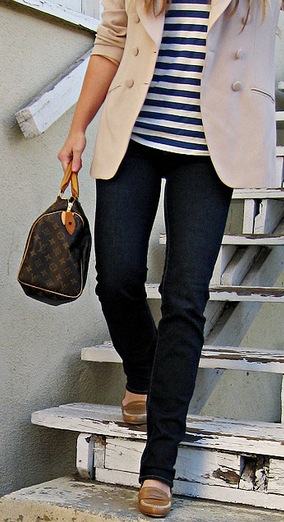 Jewellery is minimal and delicately designed compared to the chunky statement pieces favoured elsewhere. Men and women casually wrap cotton scarves around their necks, which are patterned and colourful, and instantly add flair to a simple outfit. There is definitely an art to the tie or knot, which while looking effortless is masterfully composed.

There are many trainers on the street, particularly New Balance, Nike and Converse. Men and women wear their trainers with all outfits – dinner suits, dresses, jeans and even decorative stockings. Ray-ban wayfarers and aviators are just as popular in Paris as they are worldwide, and I also noticed lots of circular, frosted frames.

In terms of grooming, Parisians wear little makeup and prefer to look slightly tousled. Straightening irons aren’t popular and instead hair is styled naturally or blow-dried à la Catherine Deneuve. There are many brightly coloured lips and nails, especially in oranges and reds, and black liquid eyeliner is almost a given.

I let everything I saw seep into my bones, took visual notes of styling ideas and immersed myself in such an incredibly fashionable place. While I carry memories of Paris wherever I go, I feel as though I left a part of myself there forever. 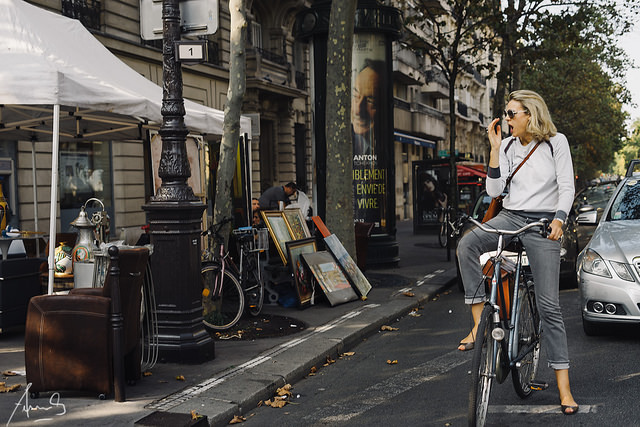 Upon my return to normal life, everything seems slightly faded and slow. Nothing compares to the flashes of inspiration and energy I felt in Paris and the truth is, I can’t wait to go back. There are many pleasures to be found aside from French fashion, but ironically, when I was there I felt more nonchalant, and indeed, a little bit Parisian.

“The Parisienne often comes from somewhere else. She wasn’t born in Paris, but she’s reborn there,” write Berest, Diwan, De Maigret and Mas.

Have you felt the same when you’ve returned from holidays? Share your stories in the comments box below.