Understanding ‘laïcité’: a knight to be remembered 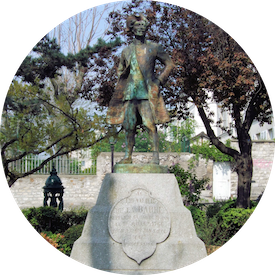 The appalling massacre of the ‘Charlie Hebdo’ journalists, and customers of a Jewish grocery store in Paris, put the French word laïcité (secularism) into the mouths of politicians, philosophers, journalists, and commentators of all kinds.

A whole nation was trying to understand its core meaning, and it seemed everyone had their own interpretation. The 11th-January ‘Unity’ march proved, however, that French people from all sides agreed on the absolute necessity to maintain la laïcité in their institutions.

What is French secularism?

As a French native, I was startled when I first listened to an American President conclude his speech with its inescapable “God bless the United States of America”. If a French President were to say such a thing, apart from the upheaval it would trigger, we would think they had simply lost their mind. For in this country, religion and state are separated. They have been so since 1905, when the law recognized freedom of conscience and guaranteed the freedom to practice any religion. 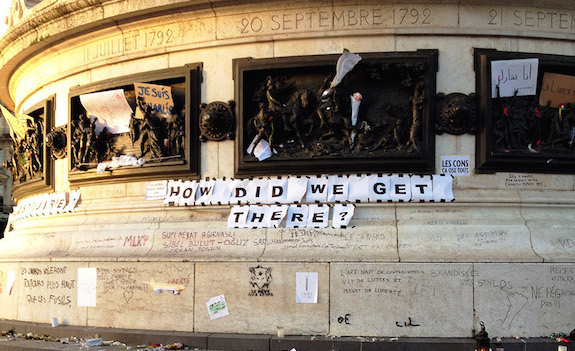 This was the final stage of a process that had started when the French Revolution overthrew the Monarchy of Divine Rights, and after Jules Ferry’s laws of 1882 established free, mandatory, public and secular education.

Voltaire and the era of the Enlightenment

As the dramatic events of January questioned such fundamental principles regarding the relationship between state and religion, and the concept of freedom of speech, many people found comfort and food for thought in re-reading Voltaire’s ‘Treatise on Tolerance’. Suddenly, the text had such accurate echo and significance (the philosopher even makes the cover of the current issue of ‘Le Magazine Littéraire’!)

In this context, a particular dreadful story was reminded and highlighted to the French.

France has already crucified martyrs in the name of blasphemy, the last on the long list being Jean-Francois de la Barre (known as the ‘Chevalier de la Barre’) – 239 years before ‘Je Suis Charlie’ became a worldwide viral statement.

La Barre, aged 19, was accused of defacing a crucifix in the French town of Abbeville. There were no eye-witnesses, but the clergy was so powerful at the time that for fear of excommunication, the people identified him just because he had not removed his hat as a Catholic procession had passed.

He then became the ideal suspect after a search at his home revealed three forbidden books, including Voltaire. He was tortured mercilessly, had his tongue cut out, was then decapitated, and eventually burned on a pyre along with his copy of Voltaire’s ‘Philosophical Dictionary’. This enraged Voltaire who helped make this case into a cause célèbre. Voltaire was especially haunted by “this sentence so execrable, and at the same time so absurd, which is an eternal disgrace to France.”

Nowadays the young martyr is still remembered by staunch advocates of secularism and many places bear his name, including a street in Paris’ 18th arrondissement. 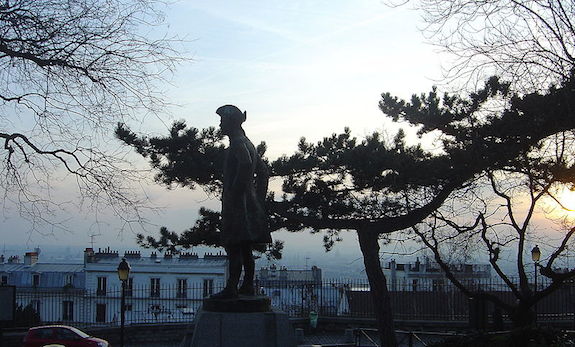 I would recommend anyone wanting to immerse themselves in learning a foreign language and understanding its culture to also give time to studying such historical episodes. I have recently read in the foreign press many opinion articles on this subject, which made excellent points. However, as well documented as they can be, I always find something is lacking; a sort of empathy for the people and profound understanding of their institutions.

In the light of Le Chevalier de la Barre’s cruel execution it should not be denied or forgotten that the need for secularism belongs to the collective unconscious of the French, and that it is part and parcel of their history.

What do you think about the significance of laïcité in France? What do you think are essential understandings for someone wishing to immerse themselves and become an expert in another language and culture? Join in the discussion by leaving a comment below.