Cézanne in Aix-en-Provence: a painter’s pilgrimage 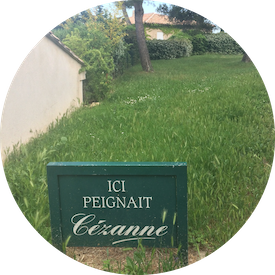 Between 1902 and 1906, Paul Cézanne walked into the north of Aix-en-Provence twice a day, every day. He would walk up the hill to the quiet Terre des Peintres for its stunning vantage point of Gardanne and Montagne Sainte-Victoire, a beacon of Provence and the subject of many of his paintings.

And now, more than a century after his death in 1906, the impressionist painter’s influence can still be found all over the city: from restaurant and school names, to museum exhibitions, and perhaps most noticeably, a gold plaque-marked walking path through the city, highlighting everywhere from where Cézanne lived to where he died.

Whether you are an expat or a Francophile traveler, it’s easy to walk where Cézanne walked through Aix, even unintentionally. But to truly experience his impact on the city, there are four sites you cannot miss.

Begin your journey at Cézanne’s atelier

Begin at Cézanne’s atelier, which can be found just north of Aix-en-Provence. His workshop has been preserved just as it was when he was painting there in his later years. The walls, decorated with skulls, tiny mannequins and fruits, are the same blueish gray that Cézanne himself mixed for optimal light reflection. And the open panel in the wall, where he would push his larger canvases through to examine them in the light, is still open. 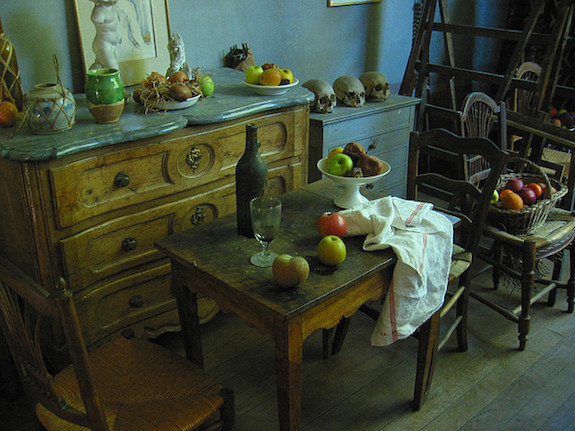 From the atelier, follow directly in Cézanne’s footsteps and walk up the hill to the Terrain des Peintres yourself. Today, the platform is enveloped by his paintings of the famous Montagne Sainte-Victoire and Gardanne, all still visible and peeking through the fields of oliviers.

Cézanne was well into his 60s when he made his voyages to the Terrain – 20 minutes from his atelier and 40 from his apartment – lugging easels and paints and canvases to capture the orange tiled roofs, oliviers, and of course, the mountain herself. 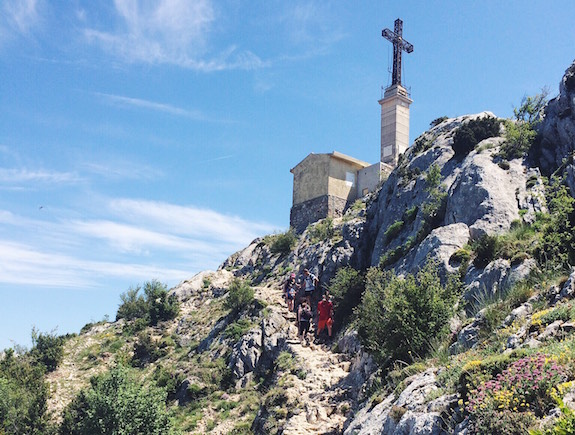 Sainte-Victoire is a sort of calling card for Provence. She is visible from the Aix TGV train station and from bus routes spanning nearly to Marseille. At the summit lies la Croix de Provence, a large cross most visible from the north side of the mountain. The mountain is representative of the region, and of Cézanne’s canon.

When Cézanne was alive and painting in Aix, the owner of the Musée Granet said there would never be any of the painter’s work exhibited as long as he was running the museum. Nestled in Aix’s Quartier Mazarin, it now has a room dedicated to ‘le père de l’art moderne‘ (father of modern art), where ten of his canvases are on display. 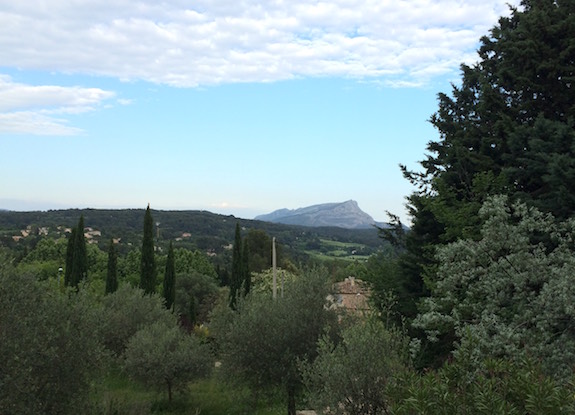 Nearby, look for a canvas of Cézanne painting at the Terrain des Peintres, with Sainte-Victoire in the background.

Finish with a film at the Caumont Centre d’Art

In May, the Caumont Centre d’Art opened in Aix’s centre-ville with a featured exhibition of Canelletto’s paintings from Italy to England. But as a permanent piece, the hotel particulier-turned-museum features a 30-minute film of Cézanne’s life, from his relationship with his father and his son, to his most iconic pieces. The documentary-esque film is the perfect way to end your painter’s pilgrimage, as it was filmed on location at the atelier and throughout Aix-en-Provence.

Will you follow in the footsteps of Cézanne in Aix-en-Provence? Have you already been to some of these sites? We’d love to hear your stories in the comments below.