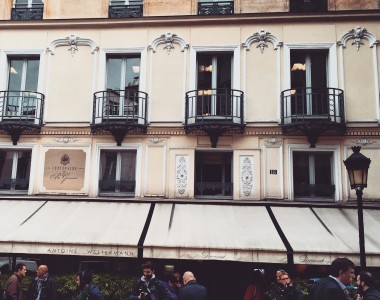 French literature may not be to everybody’s taste, often considered too philosophical and elitist, but it is still widely celebrated. France has many literary prizes, but the most prestigious among them is the famous Prix Goncourt, created in 1903.

As a literature enthusiast, I couldn’t help but make sure that I was standing outside the doors of the Drouant restaurant in Paris on 3 November, reporting on the Prix Goncourt 2015 for My French Life™. Accompanied by fellow book-lover and My French Life™ journalist Jacqueline Dubois Pasquier, we pushed through the crowds of journalists and cameras to get a good view of the announcement of the winners from the door of the restaurant building, balancing on the concrete steps with our cameras held high.

The Prix Goncourt is France’s biggest prize for literature, similar to the Man Booker Prize in the UK. It is awarded by the Académie Goncourt for the “best and most imaginative prose work of the year”. The winner is awarded 10 euros, but the real prize is the recognition and status that comes with having a piece of work crowned by the Goncourt. 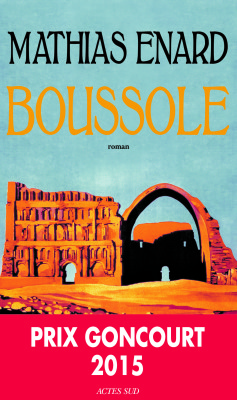 The crowd of journalists hushed as Académie Goncourt representatives appeared on the stairs leading down from the restaurant. Cameras flashed as the winner of the Prix Goncourt 2015 was announced as Mathias Enard, for his novel ‘Boussole’.

‘Boussole’ (‘Compass’ in English) is Enard’s 10th book. Born in 1972, he has a degree in Persian and Arabic, and has travelled to Lebanon, Syria and Turkey.

The novel tells the story of an insomniac Austrian musicologist, who takes to his sickbed after contracting an unspecified illness. Here he spends his time contemplating different issues, including the relationship between Europe and the Middle East.

‘Boussole‘ has been described by its publishers as a “poetic eulogy to the long history of cultural exchanges between east and west”. Jean Birnbaum, journalist at Le Monde and head of Monde des livres, described it as “linked to current geopolitical news”, such as the current war in Syria. 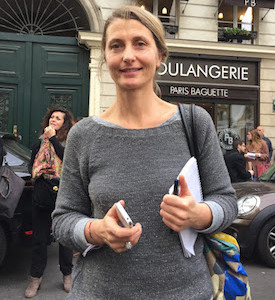 The announcement of the result was met with some applause, however many were quick to voice their thoughts about the choice. It is widely thought that the book is difficult to read, and that the Académie Goncourt only rewards academic literature.

A journalist from Culture Box on France Télévisions told me, “the book is too academic with a plot that is weaved in a complex way. It’s not at all book for the general public.”

Elitism wasn’t the only critique held against the Prix Goncourt this year. As we left the restaurant, a feminist group called ‘La Barbe’ had gathered outside. They came to protest against the fact that the Prix Goncourt has been awarded to women only a handful of times. Suggesting that the Académie Goncourt does not want women writing at all, they said: “Continue to celebrate your male literature, war and power, virile hegemony! La Barbe acclaims you!” 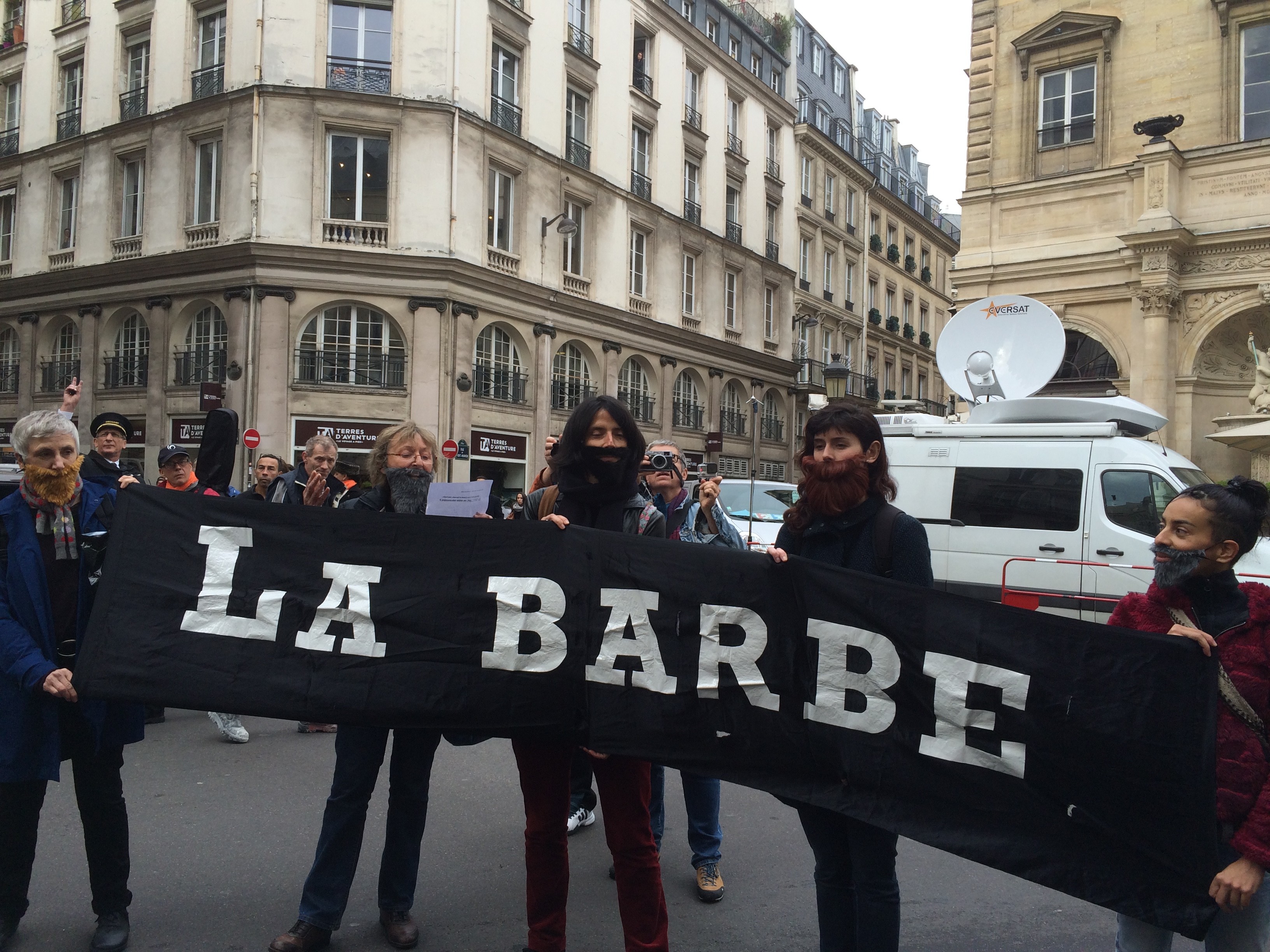 Despite the differing views, ‘Boussole’ will surely make an interesting read, and the honour of having been awarded France’s most respected literary prize will ensure it is talked about for months to come.

You can buy ‘Boussole’ in French here.

What do you think of the winning choice made by the Académie Goncourt? Do you think it is a discriminatory award? Let us know in the comments below!