Book review: ‘The Only Street in Paris’ celebrating the Rue des Martyrs 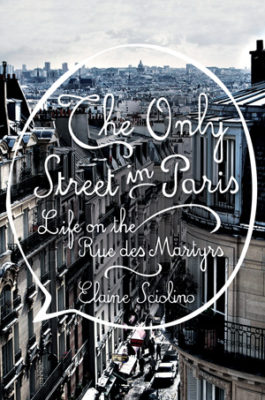 ‘The Only Street in Paris’ – part memoir, part travelogue – takes us on a tour of the Rue des Martyrs, courtesy of Elaine Sciolino, the former Paris bureau chief for the New York Times.

A long-term resident of the street, Sciolino has written a book to be treasured: one that explores the lives of the residents of the Rue des Martyrs and the history behind its name.

With perseverance that can only belong to a well-practiced journalist, Sciolino gained the trust and friendship of fellow French neighbours and coaxed from them stories that bring the street to life.

From the story of the barometer repairer who worked at Versailles to the Martyrium crypt where the first Jesuits took their vows, the secrets and histories of this street are like no other. 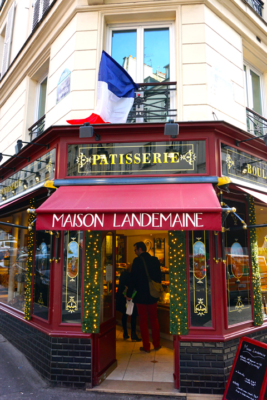 Each chapter tells a different story about Sciolino’s experiences during her time on Rue des Martyrs. She recounts her interactions with unique people, observations of the routines and customs of the community and tales of the history behind different shops and buildings.

Sciolino possesses a fearlessness when it comes to making friends. The reader is taken along on her frequent visits to an independent bookstore in the hope of building a relationship with the unfriendly bookseller.

Sciolino also draws on her own experience as the daughter of an Italian immigrant merchant to get to know the greengrocers or cheesemongers by sharing their love of food. “There are merchants who seduce me with their gastronomic pleasures: artichokes so young they can be served raw, a Côtes du Rhône so smooth it could be a fine Burgundy, a Mont d’Or cheese so creamy it is best eaten with a spoon.”

Yet Sciolino’s endeavours are not just for the book; she genuinely delights in uncovering these stories and in becoming part of the community on the Rue des Martyrs.

There are merchants who seduce me with their gastronomic pleasures… 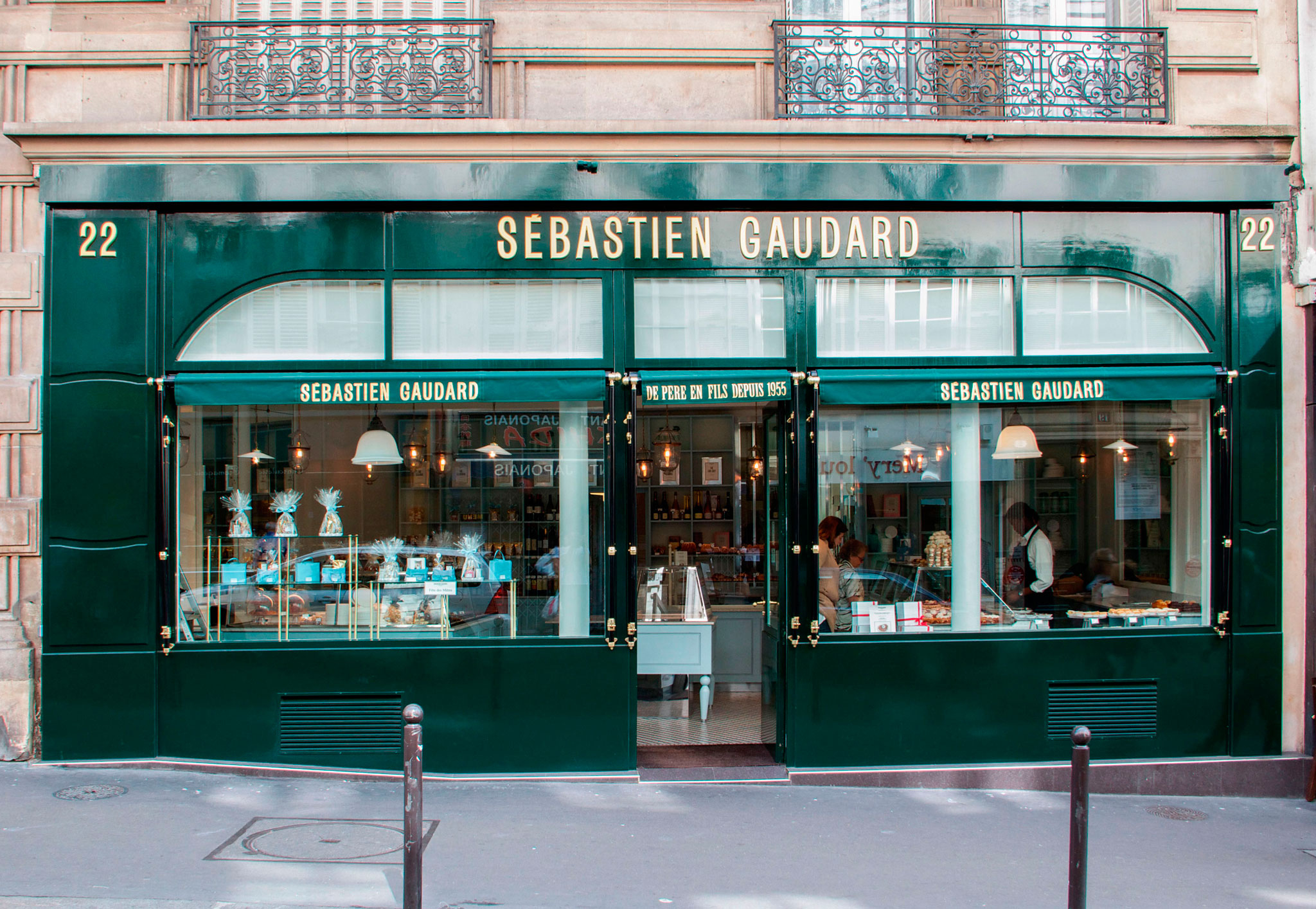 You’ll find no big supermarkets here – it’s a street of artisans. There’s a shop for cheese, for meat, for fish and for vegetables; a place for clothes, for books and for vintage furniture.

In fact, when the fishmongers closed and residents were faced with having to shop at Picard, the national frozen food supermarket chain, they signed a petition demanding that the city hall guarantee access to fresh fish. The petition gained 200 signatures.

A tapestry of human lives on the Rue des Martyrs 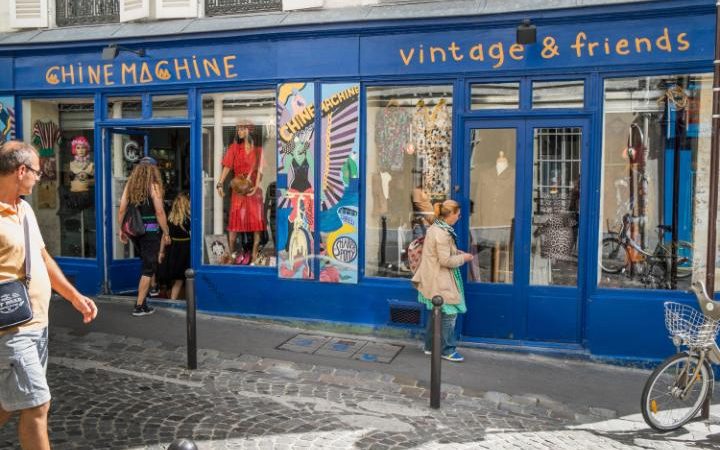 Each page of this book reveals something new.

After following the sound of a bell ringing, Sciolino came across a rémouleur, a person who sharpens knives on a grinding machine.

Recognising this from her childhood and desperate to know more about the knife sharpener of the Rue des Martyrs, Sciolino fetched all her knives to keep him busy while she asked him questions. She then set about spreading the word to her neighbours about this “freelance craftsmanship” that had appeared on their street. 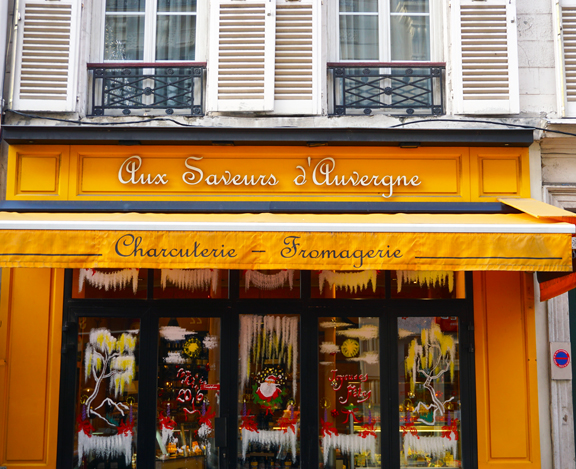 Another chapter discusses the legends who once walked the Rue des Martyrs, from Kardec the founder of Spiritism to Debussy to Picasso to Jefferson. Emile Zola set his novel about a Parisian prostitute and lesbian table d’hote on the Rue des Martyrs. Also a young Edith Piaf sneaked in and out of the courtyards of the neighbourhood to sing to the residents.

Sciolino elicits envy in many of her readers when she describes the independent second-hand clothes shops on the Rue des Martyrs, where clothes are steam cleaned and organised by colour. This is where she found an Hermès scarf in mint condition for five euros. 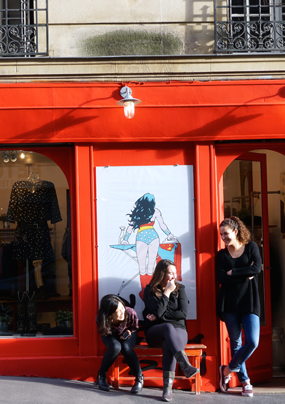 I loved Sciolino’s exploration of where the name of the street ‘Martyr’ came from. This was meticulously researched and the theories of the residents on this topic were amusing. Was the street named for the Christian martyr Saint Denis and his companions, who were executed on the street?

Perhaps it relates to the suffering of the Allies at the hands of the Nazis? Or maybe, as an elderly woman told Sciolino, the true name of the street is “the street of married men” – the martyrs – because the men of the street are all persecuted by their wives! 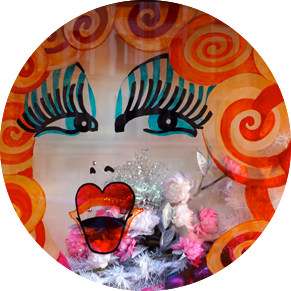 There is a richness to the quality of Sciolino’s writing and I appreciate how it resonates with respect for each and every one of the discoveries she made during the writing of this book. All subjects are handled with care from the deteriorating Notre Dame de Lorette, to Michou, the owner of a transvestite cabaret.

Sciolino’s experiences are described evocatively, such as the time she tasted a mirabelle offered to her by the new greengrocer. “I popped the small plum whole into my mouth. The skin was firm but not tough. The flesh was soft, the liquid sweet.”

The beginning of the book lingers a little too much on the buildings of the neighbourhood and I began to feel boredom set in, however it picks up speed in the following chapters. 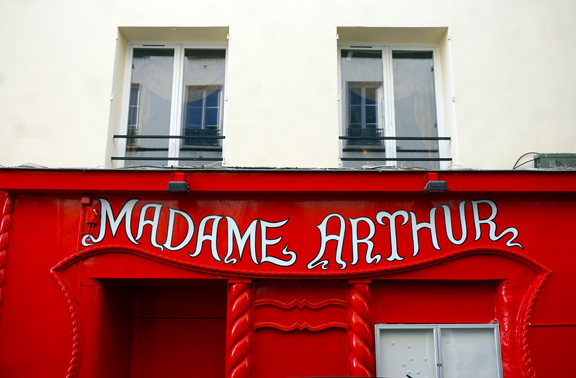 Sciolino describes how the Rue des Martyrs “retains the feel of a small village” and this is the pinnacle of the book, the story she set out to tell.

By weaving together quirky, real life characters, passionate merchants, architecture and her gradual sense of belonging to the street, Sciolino brings the Rue des Martyrs to life and reveals its personality. It’s a celebration of this seductive street, which tenderly referred to by the author as “the last real street in Paris.”

Have you read ‘The Only Street in Paris’? Or have you been to the street itself? Let us know in the comments or on twitter @MaVieFrancaise