Meet the French: cultural differences to be aware of when getting to know locals 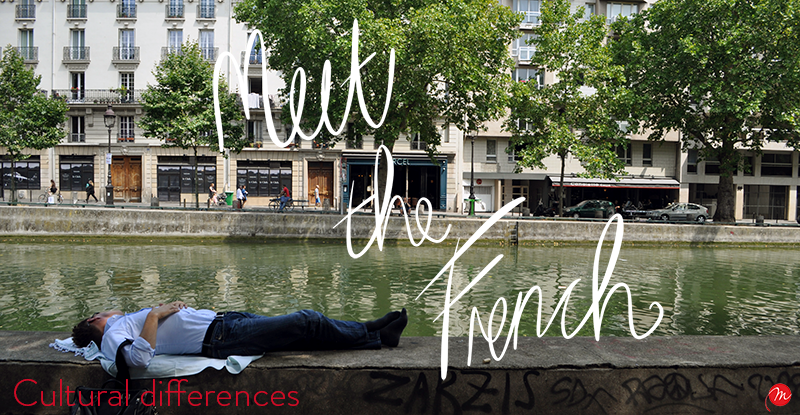 At MyFrenchLife™, we are constantly trading tips and looking for newer and better ways to experience France and meet the French beyond the cliché. Bien sûr, it means looking a little further than the latest guide books on offer in Waterstones…

As we discovered in our introduction to the MyFrenchLife™ ‘Meet the French’ project, it’s one thing to attempt to experience la vie française as a tourist, and quite another when you want to truly immerse yourself. In Paris especially, that’s a rather tall order.

It seems that an overwhelming number of us have found that despite valiant efforts, we often fall short when it comes to making meaningful connections with the French.

One thing our community agrees on (despite what you read on the Internet), is that the difficulty is not because the French want to immediately shun any chance of friendship. It’s because they have slightly different expectations of how a friendship comes about. This is the first thing you’ll need to understand if you’re to have success really connecting with the French.

So, together with the MyFrenchLife™ team, I’ve compiled a list of the the key cultural differences we’ve all encountered and experienced. We don’t want you to come away feeling disappointed, or even légèrement embarrassed by your French faux-pas (as perhaps has happened to one or two of us!).

Although this may not be exactly true when it comes to romantic relationships, we’ve found that real connections and friendships are a different story – they mature at a much slower rate en France. 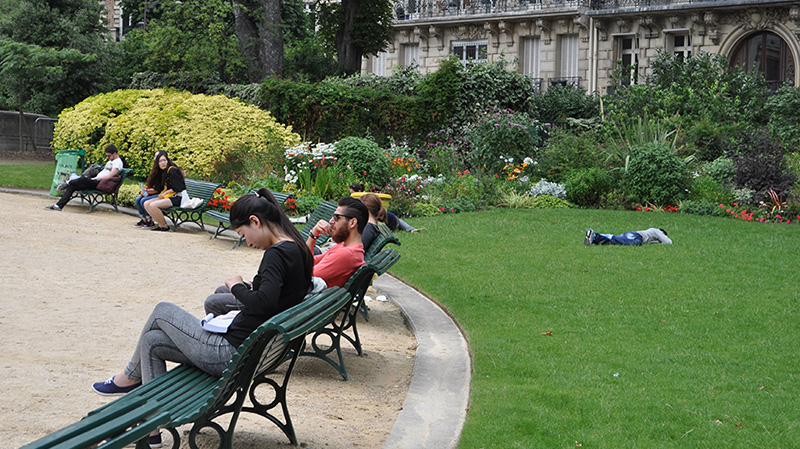 So tout d’abord, slow and steady wins the race – although perhaps this is not exactly the correct metaphor, because the thing to remember is that it’s not a race, so take your time!

One of our very own French correspondents, Jacqueline, nearly made me lose hope entirely when she dryly remarked that “if you make friends with a French person through your gym, don’t expect to be invited to their house after a week… or even a month.” The process will be much slower – but the good news is that when you’re (finally) invited, you can be proud!

2. The French… name-drop much later

Anglophones usually introduce themselves on a first-name basis (although my grandmother is a slight exception, revelling in her full title), but this isn’t the case in France – first names are not expected.

Generally speaking, the French language has always struck me as much more formal than English – being referred to as Madame in a shop still catches me entirely off-guard. But Jacqueline was definite about the importance of this formality: not being given a first name is not a slight, it’s just another cultural difference.

Endearingly, Jacqueline expressed the unease she experienced when the roles were reversed when she lived in the U.S: being obliged to give her first name felt like a huge intrusion. As she described with a slight shudder: “I felt mugged – no, really!”

Continuing on this note of formality, we know it’s obvious (not that this means most of us haven’t done it), but depending on the circumstances, you really must stick to ‘vous’ rather than ‘tu’ until it has been established that you can switch.

Start a conversation on a formal level – that is, don’t just dive in with “hi, my name is X, what do you do?”

One of my French professors recounted to us how she had used ‘tu’ when meeting her in-laws. She still squirms in embarrassment thinking about how overly familiar they must have found her. And that was about 30 years ago.

This is especially true if you’re living somewhere rural, and is an important one to remember: offer un apéritif when a French person calls in. To not do so is rude, and can be perceived as an insult.

5. The French are… more private

This equates to basically not asking too many questions (a polite way of saying nosey). This is one of my own personal errors! Selon un certain francais, I ask far too many questions. So, slowly but surely, I am – hopefully – learning to limit them.

It may not seem that you are asking something overly personal, but be sure to define what this means to a French person. Asking how much a car or a piece of clothing costs is deemed rude, not inquisitive. 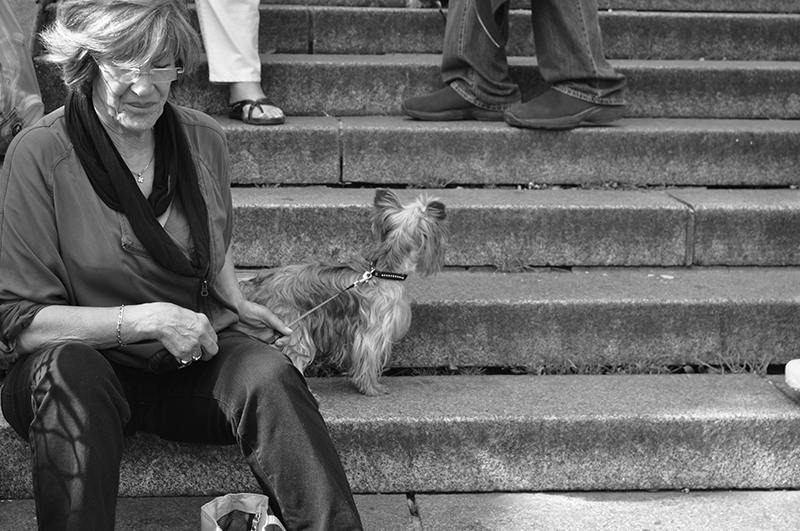 6. The French are… fond of giving less information rather than more

Les français seem to find lots of questions and enthusiastic greetings trop américains, and very off-putting – even false. It bewilders them when an Anglophone feigns interest in every aspect of their life, such as their job, family, their day…

On one of my first nights in Paris, a Frenchman who (coolly) struck up a conversation with a friend and me listened with obvious disdain as we listed off what we had done that day. His words were a little harsh, but we got the message: “don’t do that. So much enthusiasm – it’s so not French.”

7. The French are… not over-sharers

Our next tip is to avoid over-sharing at all costs. People worldwide find it uncomfortable, but with all the formality, the French are even more aware of social barriers. De temps en temps, it still feels like I’m pulling teeth with my boyfriend over dinner. He doesn’t see the need to “discuss every detail of his day” – and I want to hear all about it.

8. The French are… aware of current affairs

In my experience, the French are much fonder of discussing current affairs than other people (but I come from Northern Ireland, so it’s a little taboo…). Cultural and social issues are important in France, as are your opinions on these and it comes up often in French conversation – so keep up to date! 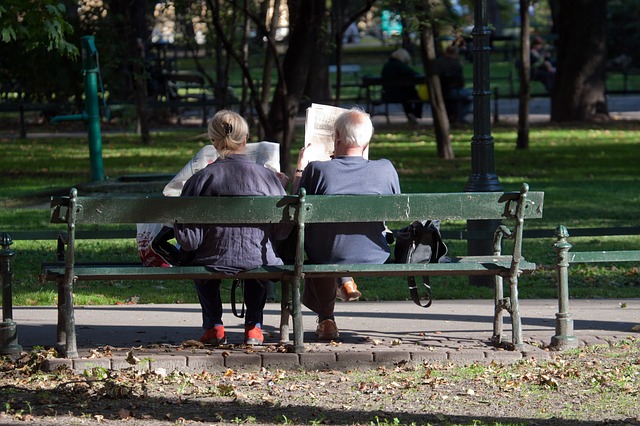 It doesn’t take much out of your day, so check out Le Figaro, Le Monde, or even BBC France and form your own opinions. And be prepared to defend them!

9. The French… do not consume in excess

Not that we’re in any way suggesting that you are – but personally, I’ve sometimes been a little nervous at a party and sipped too enthusiastically on a glass of wine. It’s a mistake, because it means I have less control over my French, which doesn’t help the situation in any way…

So at a party, don’t drink too much. It’s frowned upon, and will single you out as being not French. I was once told that it was very ‘provincial’ to drink heavily – oh, the shame! 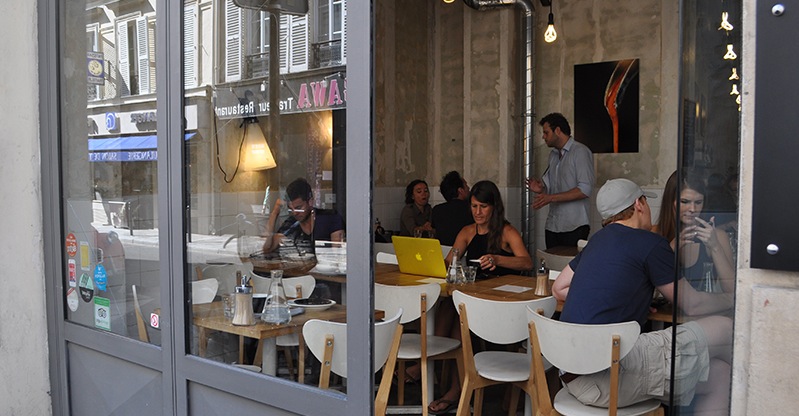 This one isn’t really a cultural difference so to speak, because hardly anyone likes to hear their country and people insulted – but it’s important nonetheless. Don’t think you can bond with people by insulting things you have personally found annoying throughout your day, like the local customs, or shops being closed at certain hours. It can be seen as a slight against French ways.

So, en bref, don’t be rude, and avoid criticisms: saying “back home, we do it this way” is simply annoying.

It’s time to meet the French

French ways may often differ to those of their Anglophone counterparts, but they shouldn’t be automatically dismissed as cold, or unfriendly in any way. It’s quite simply a matter of different rules of courtesy, and respecting them will definitely pay off.

Those who travel to France with the staunch and devoted aim of a properly French experience – c’est-à-dire, away from the irritatingly long queues for la tour Eiffel and the over-priced, distinctly disappointing meals of les Champs-Elysées – should have the tenacity to persevere. France has so much to offer, as we all know, but if you manage to make a connection with a local, your experience (not to mention your language level) will be infinitely better!

So, allez-y, bon courage and stay tuned for more of my experiences getting to know locals in Paris…

How have your experiences been in getting to know locals in France? Share your stories with us below.