Meet the French in Paris: an experiment with language 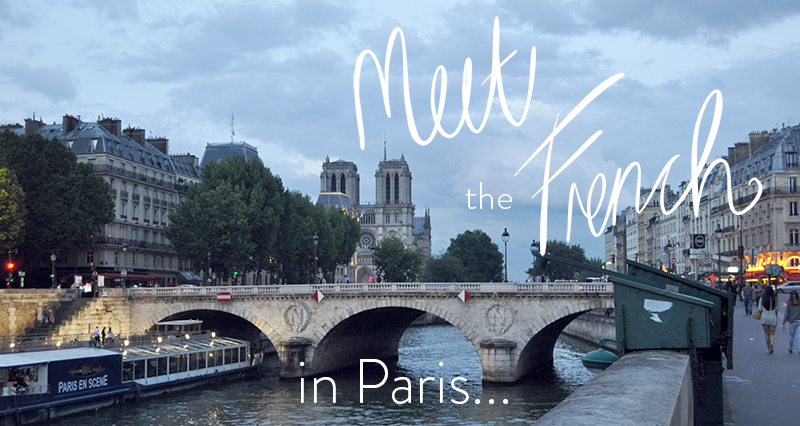 The next part of my experiment to meet the French was a little different to my previous attempts. This time, there was no perching on a bike in a water-filled room, sweaty yoga rooms or excrutiating gym classes. Instead, I kept the sweat to a minimum, and decided to make the most of something the French don’t have: the fact that I am an Anglophone.

I believe that too many people try attempt to cacher le fait that they are not French, embarrassed by their Anglophone accents. I know this because I was one of these people – though I was never very successful in my attempts. As I would hear often from other French speakers: “mais Mademoiselle, vous avez un petit accent!”

Mais tenez, because it’s also true that due to the fact the French – and Parisians in particular – are eager to brush up on their language skills, I have met the French people in Paris who are the most important to me. A little warning though: they may laugh at your French. My conversation partner certainly did, and still continues to do so. Which means it must be a real friendship.

For the Franglish newcomer, it may feel like you’ve mistakenly signed yourself up for speed dating. The evening consists of switching between partners, and then spending eight minutes conversing in English, and then another eight in French.

I’ve taken part in the event deux fois, and found that it’s a great way to meet the French – providing you put in the effort, which means more than merely showing up. My first time, I think I was a little too timide and didn’t hang around for a drink afterwards. 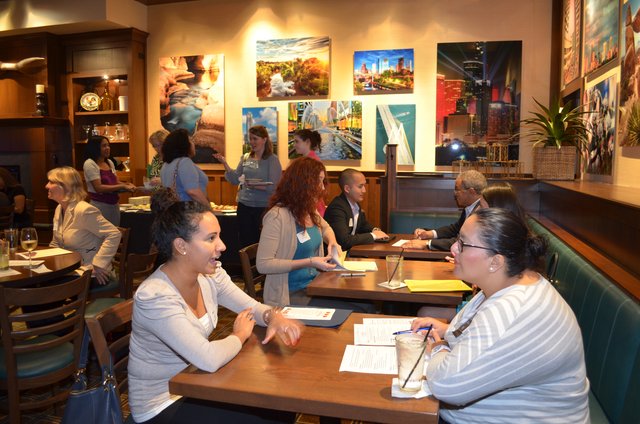 My second time however, was a different story, and I threw myself into it. I joined in with drinks after (the handy thing about Franglish is that it’s always held in a bar, which will give you a little Dutch courage for your French interaction).

Du coup, I would say it’s been a success, and although I haven’t yet met my best friend here, my third attempt is coming up, and as they say, third time is a charm. Or as one of my conversation partners helpfully chipped in: “À la troisième, c’est la bonne.”

J’avais de la chance, vraiment with my next venture, a website called Conversation Exchange. Although it does bear some similarity to Franglish, there are a couple of key differences that I found make it a completely different experience.

First of all, Conversation Exchange is not just for English and French speakers, but has a whole series of options. You simply create a profile (sounds like internet dating again, but I promise it’s not!), with your name, age, gender and a couple of sentences to introduce yourself – and no photo! You can send a message to someone on the site who seems to have similar interests to you, and then you take it from there.

The reason I got lucky, as I mentioned, is that on my very first rendez-vous with Conversation Exchange, I had a déclic avec quelqu’un who is still my boyfriend today. I can’t promise that everyone will have the same luck, but I am glad that I finally decided to profiter bien du fait que je suis une Anglophone.

En plus, I’ve tried it several other times and met lots of lovely people – including a very interesting French script-writer named Herve. Although, my very first conversation exchange partner definitely remains my favourite…

This option is particularly easy for students, although anyone can do it. Within universities, all language departments have their own offices and the majority of them have boards in the lobbies with students’ ads. All you have to do is place an ad on this language board; saying what language you speak, how to contact you, and what language you want to improve on.

The following universities have a focus on teaching English :

(In Paris and Île de France, universities are referred to as Paris I to Paris XIII and also have a name. For example : Paris I La Sorbonne, Paris 6 Pierre et Marie Curie.)

So, fluent as they come?

As with everything else, I truly believe that you get out of it what you put in – and although part of my experiences are down to good luck, it’s also up to you to be resourceful and use your paramount skills as an Anglophone!

It’s an excellent card to hold, especially in cities such as Paris where people are dying to improve their language skills. However, it’s still up to you to be proactive: put up notices, sign up for events and conversation exchanges.

Have you taken advantage of learning a language in order to make friends? If so, what were the results? Share your experiences in the comments section below, we would love to hear from you!