La Feria de Béziers: a unique cultural experience in the South of France 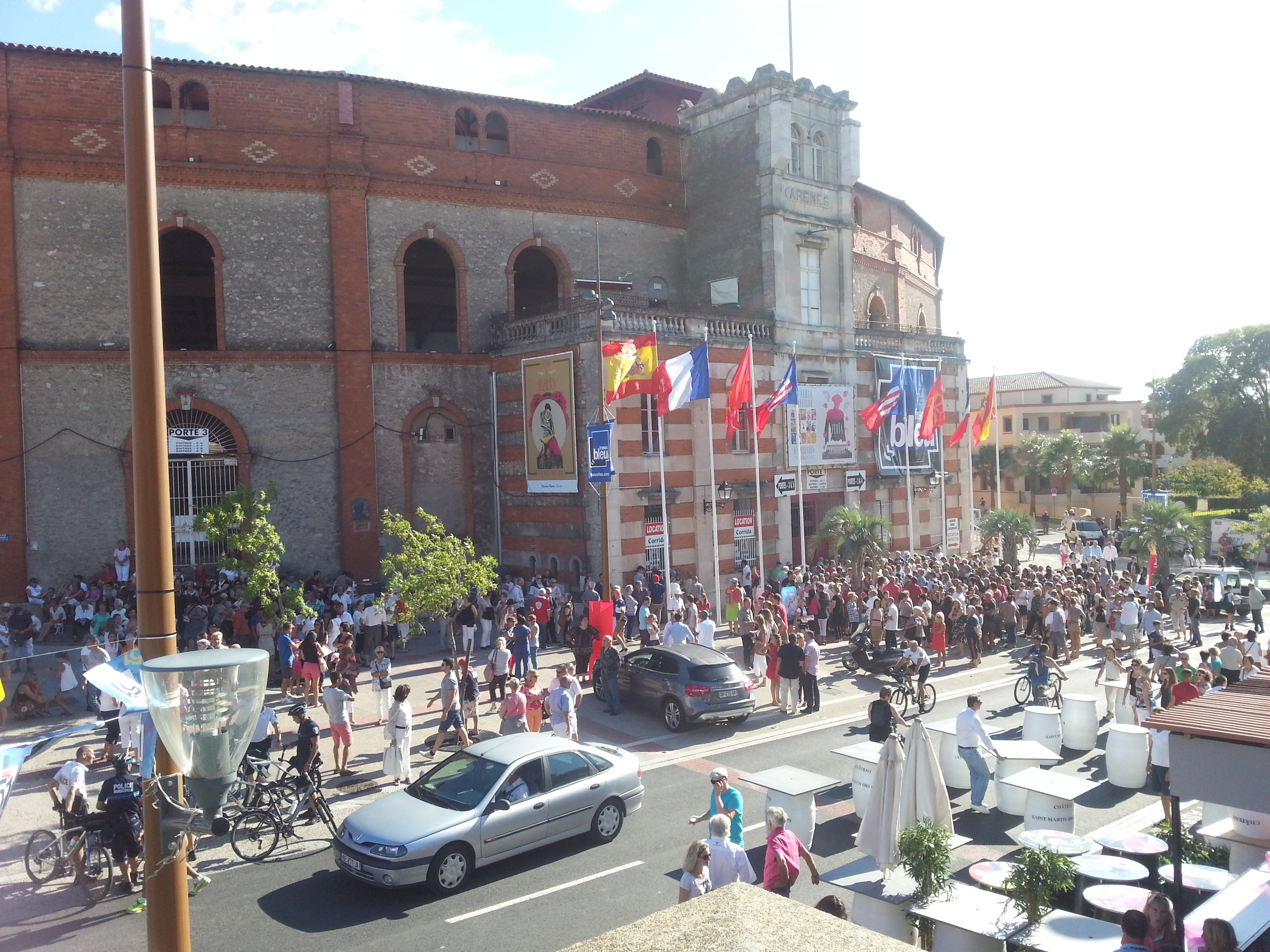 Béziers, one of the oldest cities in France, is located in the Languedoc-Roussillon region. Every year around August 15 this historic city hosts La Feria de Béziers, a bullfighting festival which attracts one million visitors to the five-day event.

In 2014, I was lucky enough to experience first-hand this famous festival of music, 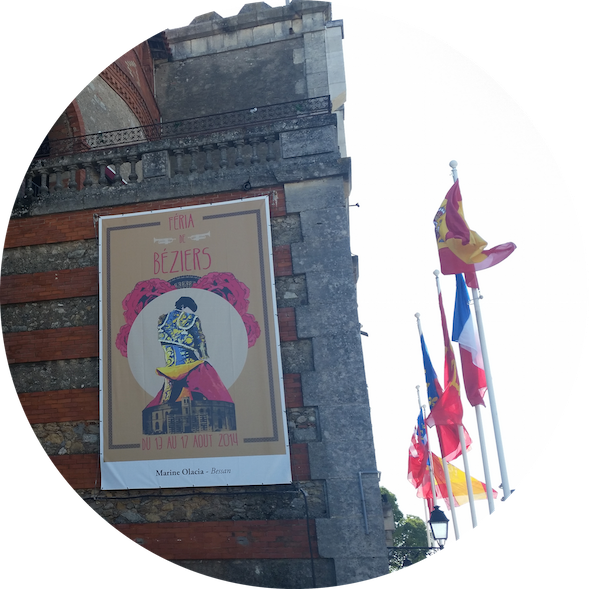 dancing and most importantly Les Corridas in the arenas of Béziers. Join me as I share my personal experience of La Feria de Béziers, and share some tips on how to make the most of the festival.

The very first feria in Béziers took place in 1968, when a bullfight was held in ‘Les arènes de Béziers‘ – which was inaugurated in 1897. The arena is based on Spanish architecture and remains a proud landmark of the city. Known as the ‘French Seville’, the arena has since played host to many famous matadors. The people of Béziers ‘Les Bitterois‘, are passionate about this festival, so much so that it has been said that “The Feria is to Béziers what the carnival is to Venice or Rio”. 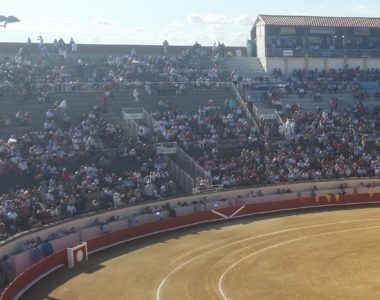 I never truly understood what bullfighting consisted of. In my mind it involved a matador in fancy dress, dancing around an arena coaxing a fearsome bull to pass through his red cloth – how naïve I was. When I first moved to Béziers, a very enthusiastic local explained to me what bullfighting involved. My initial reaction was pure horror. However, after hearing how passionate the people of Béziers were about this event I was intrigued to find out why – if for no other reason than the cultural experience.

I was nervous as I entered the arena; I had no idea what to expect. The arena is grand and spectacular and there was a band in the grand stand playing traditional Spanish music with trumpets and drums. People were chanting and singing, dressed in red kerchiefs and wide brimmed hats. The atmosphere was enorme to say the least.

Les arenas went silent as the first matador entered. He was clearly respected by the public, and as a sign of bravery he knelt down to face the bull in a vulnerable position. The events that took place in the following hour made me cringe and brought me great sadness. That being said, the traditions instilled in this sport are fascinating. The way the matadors moved around the arena in their colourful, flamboyant costumes reminded me of a ballet performance. 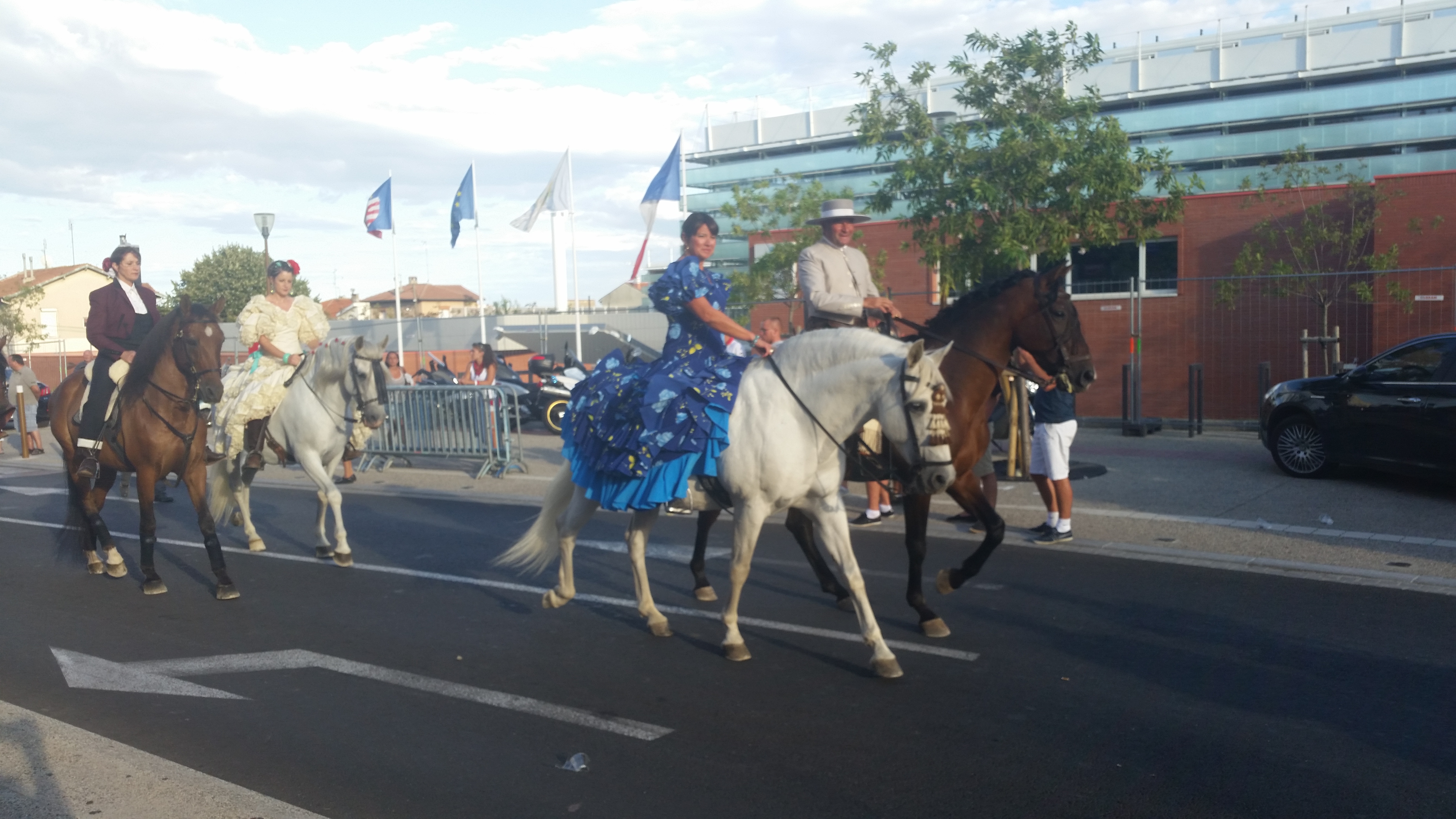 Although the bullfighting is the primary focus of La Feria de Béziers, it is not the only event. You can have a great feria experience without attending les corridas. After exiting the arena, I walked into the street outside to see four majestic horses outside with ladies riding them dressed in flamenco-style dresses. To my right I heard drumming, as a street performance had just started with drums, dancing, and impressive acrobatics. 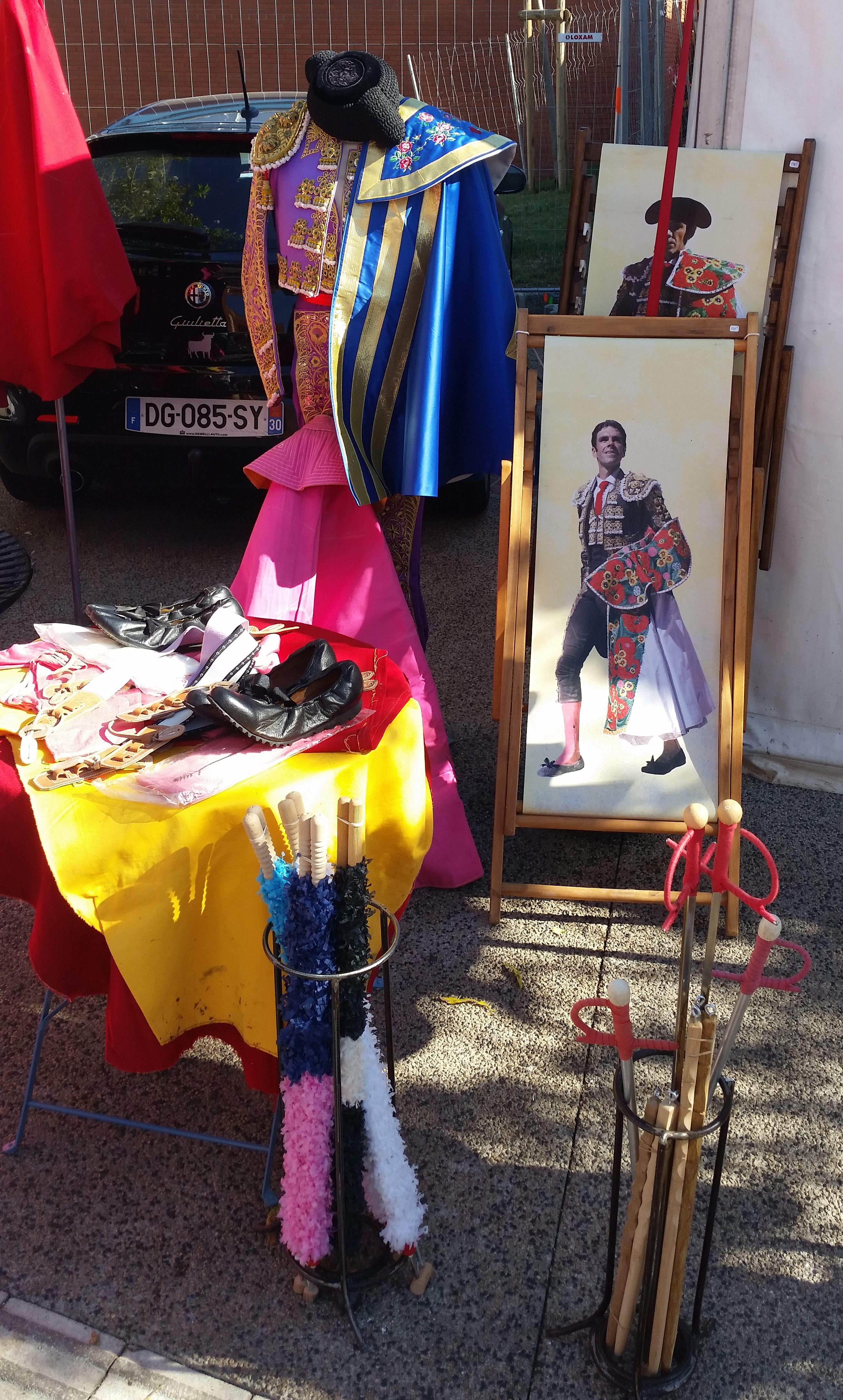 Afterwards, I wandered the streets and browsed the merchandise at the pop-up stalls. The usual restaurants along the street had transformed into bars and as night fell, the festivities really began. There was music and everyone, young and old, danced in the streets. There was a real sense of community as everyone celebrated La Feria de Béziers.

With all the festivities of La Feria de Béziers I was getting a bit peckish. It didn’t take me long to find somewhere for a drink and a bite to eat. In fact, there was too much choice! There were Spanish style tapas, an English van selling fish and chips, and burgers, and for something a bit sweeter, crêpes and gaufres. For those wanting something more substantial there are many great restaurants nearby, however bookings are essential at this time of year.

I wasn’t super hungry so I decided to stick with the Spanish theme and have a few tapas, and of course, I had to have a refreshing glass of Sangria! There was an abundance of drink options from wines to beers, and spirits typical of the region. 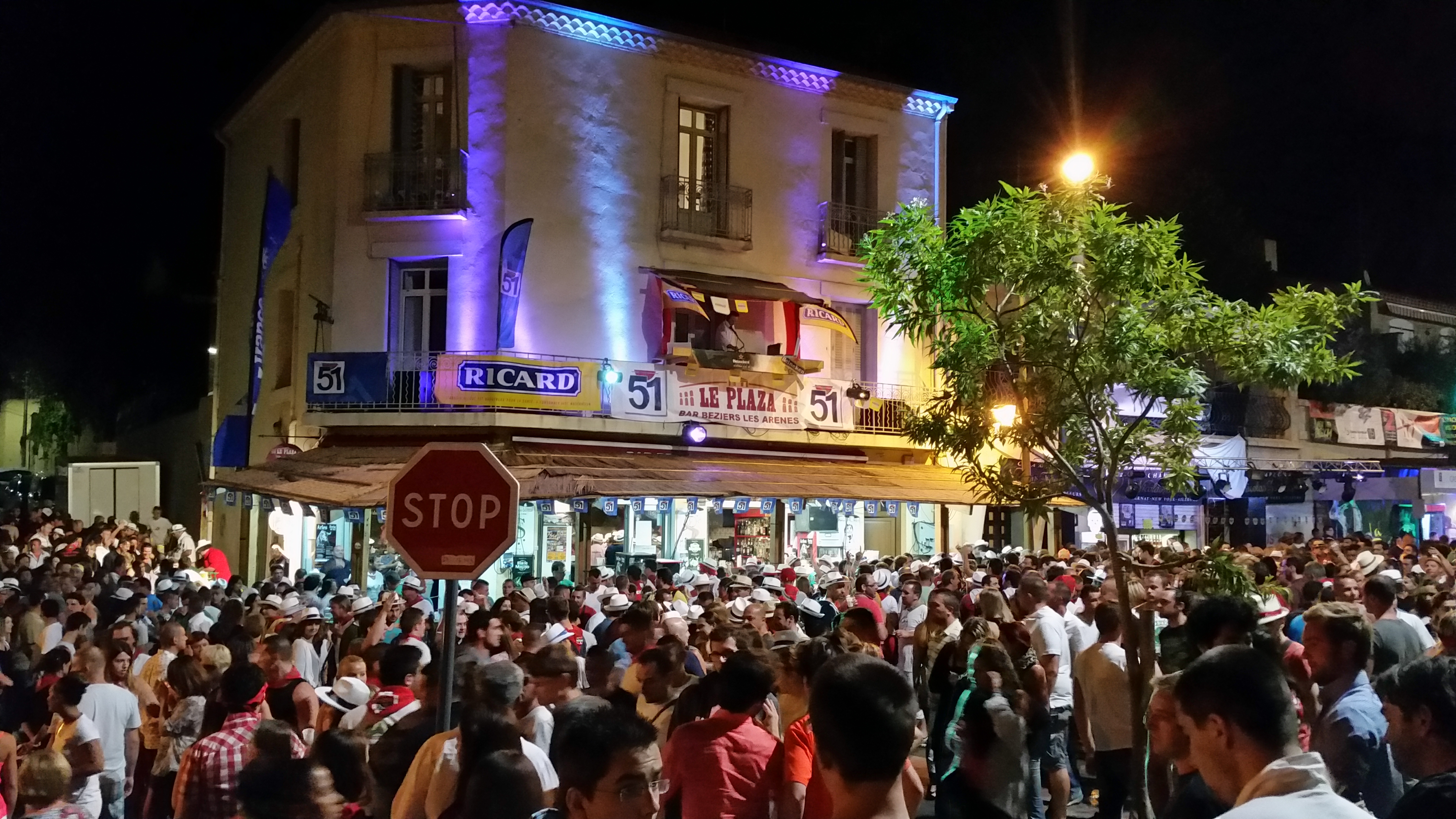 La Feria de Béziers is more than just a festival. It is part of the city’s soul, a moment shared by all to celebrate the culture and tradition of the city. Les Bitterois are passionate about the feria and it is part of the city’s identity. So if you are in the region in August take the opportunity to experience this unique cultural festival of the South.

Have you ever attended a feria or corrida? Share your experience with us in the comments below.