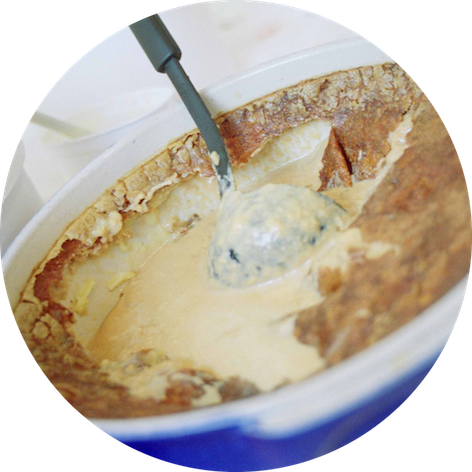 Almost every part of the world has some version of rice pudding. But to my mind, nothing is as good as France’s teurgoule.

The dish comes from Normandy. Although I had traveled through that part of western France plenty of times, I only came across it a few years ago. I was just outside of Rouen, on a food tour organised by some Slow-Food friends, and visiting a retired baking teacher and his wife. Lionel and Marie-France Varin sat me down in their back yard to taste their region’s rice pudding. I became hooked.

While there are many variations on teurgoule, the Varins were purists. They insisted on using only the elemental ingredients – rice, milk, sugar, a pinch of salt and cinnamon – and baking the rice pudding for several hours. No fancy additions of eggs, butter, flavouring or raisins for the Varins. In that, I suspect they would agree with the recipe of the ‘Confrérie des gastronomes de la teurgoule et de la fallue de Normandie’, which regularly sponsors cooking contests. (Fallue is a dry cake, often served alongside teurgoule.)

I never thought that I would find teurgoule outside of France. But about a year ago, on a visit to Chicago, I was surprised to see it on the menu of a popular Michigan Avenue bistro. No surprise that the chef, Stephan Outrequin Quaisser, turned out to be a third-generation restaurateur who was born in Normandy.

Outrequin Quaisser’s ‘Brasserie by LM’ is a family affair. Operated by the chef and his wife Nicole, it is named after their two children Luc and Mary. (Although it’s closed now for renovations, a reopening is slated for 2018.)

What do I like about teurgoule? Mostly its superb creaminess, even though you can make it with reduced-fat milk for a lighter version. Beyond that, I love its puffy cinnamon crust. In addition, the recipe is blissfully simple and there’s no chance of overcooking or burning the rice.

Make it for yourself

Here’s the recipe, which can be divided in half.

What are some of your favorite rice pudding recipes? Share your recipes in the comments box below.