We’re passionate about continuing the challenge of mastering classic French cooking at home without having professional training. In this series we bring you tips and recipes from others who share our passion.

In the kitchen with Janelle 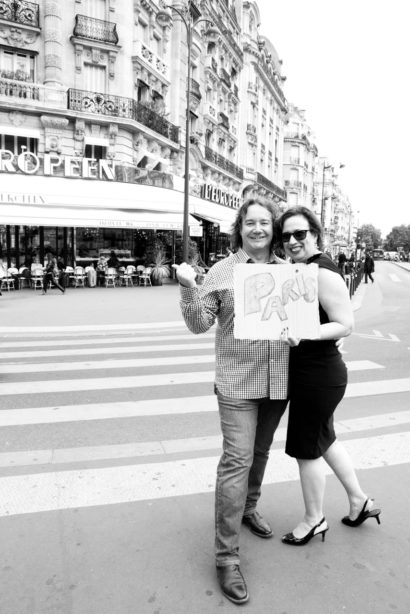 We have pleasure being in the kitchen with Janelle and Scott Gould. Janelle cooking the classics and Scott providing the proof with mouth-watering photos.

Janelle Gould, a passionate Australian Francophile, is back to share her tips with us on how to cook another of her French favourites after several attempts of her own [….]

Janelle says: “One of the first meals we hunt down when we arrive in Paris is Duck Confit with Sarladaise Potatoes. Our favourite version of this classic dish is served at Le Bistrot du 7ème, a lovely restaurant not too far from the Tour Eiffel.

We first visited this restaurant on the recommendation of our Hotel’s concierge and we arrived ridiculously early by French standards (on account of some dreadful jet lag and a need to lie down as soon as possible). We raved about the duck for days but were unable to secure a second helping, due the popularity of the venue. Happily though, we’ve returned many times since.”

“Duck confit is one of those dishes I crave when I am craving France.”

Finally, despite reservations, I decided to teach myself to cook it. I tried several recipes, and had numerous false starts, but eventually came up with a version that we all agreed provoked the memories of the real thing…and pleasingly, it can be done from start to finish on the same day.”

1. Early on the morning of the day you want to eat the dish, place duck pieces in rectangular dish, and sprinkle them liberally with salt and Chinese 5 Spice. Cover, and refrigerate for up to 6 hours.
2. When ready to cook duck, preheat oven to 140 degrees celsius.
3. Rinse salt and spice from duck in cold running water and pat dry with paper towel.
4. Return duck to dish. Spoon enough duck fat into dish so that when it melts, the duck fat almost covers duck pieces.
5. Cook for 2 hours 30 minutes.
6. Let cool. Ideally refrigerate duck in the fat until you are ready to finalise dish.
7. When you are ready to serve the duck, preheat your oven to 200 degrees celsius.
8. Remove the duck pieces from the fat and place them in a clean pan. Cook the duck in the oven until the meat is hot and the skin starts to crisp.
9. Serve with potatoes of your choice and a simple green salad.

Thank you Janelle “Until next time – au revoir”

Do you love this French favourite as much as Janelle? Have you ever tried cooking your own Duck Confit? Share your thoughts and experiences with us below!