The rise of Balmain: outsider label to fashion superstar 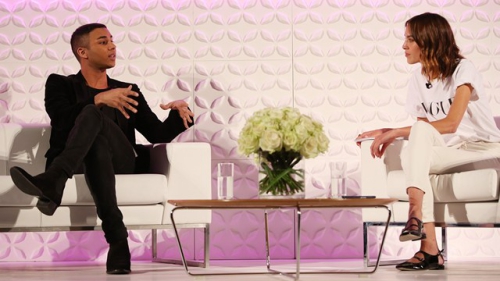 Pierre Balmain established the historic French fashion house of Balmain in 1945, but how is the iconic label keeping up with the 21st century?

In the competitive world of French fashion houses Balmain has transformed from a fashion house on the outskirts, to a household name amongst fashion lovers in the social media age.

However, the heavy embellishment and “classic Balmain silhouette” as described by author, Hannah Duke, may be the only similarities between founder Pierre Balmain and current head designer, Olivier Rousteing.

A brief history of Balmain 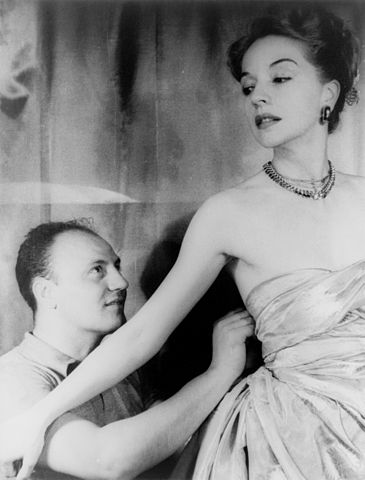 Balmain was established in 1945, the post-war revolutionary age of fashion that embraced “the New Look” created by Christian Dior, a peer of Pierre Balmain himself. Balmain quickly became a “king of French fashion”, dressing stars such as Brigitte Bardot and Ava Gardner.

Following his death in 1982, the fashion house had a run of unsuccessful (albeit talented) designers at its helm, even Oscar de la Renta led the house from 1993 to 2002, followed by Christophe Decarnin. However, the high cost of haute couture produced meant that the house did not generate much, if any, profit at this time.

The takeover of Olivier Rousteing in 2011 was not without its difficulties, with his first show panned by critics as a “watered-down rehash of Decarnin’s successes”. Rousteing himself put the criticism down to the shock of such a young, unknown person of a racial minority taking over a historical French fashion house.

Since then, Rousteing has attempted to aim the fashion house towards the finer aspects of French culture. This exercise in bringing French fashion houses into the 21st century has proved to be a learning curve – not only for Rousteing, but for French fashion as a whole. 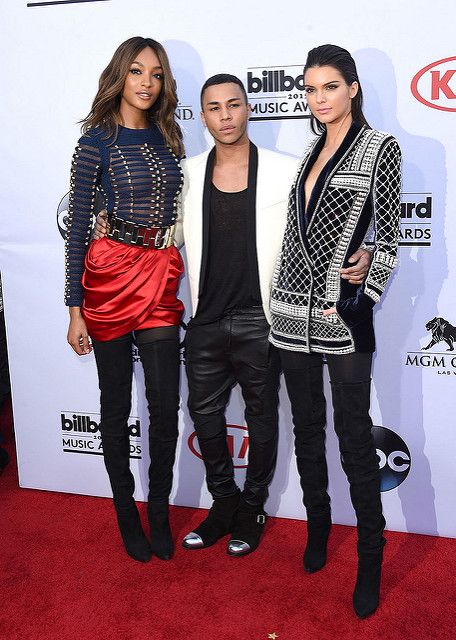 The most prominent aspect of the Balmain rise to prominence is the social media presence of Rousteing himself. With 3.7 million followers on Instagram, the designer posts personal images with his friends and selfies with stars and models alike.

By collaborating with the high-street fashion brands H&M and Nike, Rousteing and Balmain reached out to the youth that consumes and ‘likes’ the images that he posts. This also allowed the younger followers to enjoy some of his earlier designs.

Another aspect in the prevalence of the fashion house in popular culture is the name-dropping of the brand into rap songs. Artists such as ASAP Rocky and Nicki Minaj rap about their admiration of the clothes produced by the house. In 2012, 50% of the house’s overall profits came from licensing royalties, creating further acknowledgement of the brand in youth culture.

The formation of the #balmainarmy

Olivier Rousteing’s Balmain has not only become a French success, but an international one. The appeal to young people using the Balmain Army hashtag on social media advertised the fashion house, but also encouraged diversity in the fashion community. Rousteing is renowned for using ethnically diverse models in his défilés; he also posts pictures with women of different shapes and sizes wearing his clothes (think Kim Kardashian and Beyoncé).

This alignment with the body positivity movement allows Rousteing to challenge the fashion community’s norms of tall, thin models wearing designer clothes. Of the Balmain Army Rousteing said to Vogue UK: “It’s not about age, it’s not about colour, it’s not about countries – it’s about a confident woman who wants to feel strong.” And doesn’t that appeal to all of us?

Can’t get enough of Balmain? Why not visit the Palais Galleria, City of Paris Fashion museum for their Haute Couture collection? And don’t forget to comment below!