The lost brothels of Paris: a walking tour including itinerary 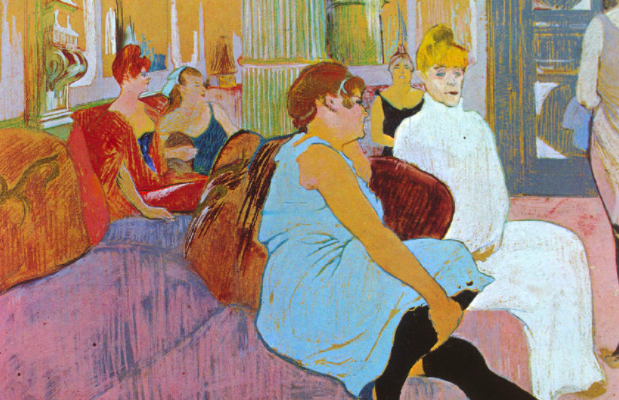 Until World War II, Paris was swarming with ‘Maisons Closes’ (brothels) and men in power, artists, intellectuals, the European aristocracy, were regular clients of the most prestigious ones. As shocking as this statement may seem now, brothels were unquestionably an integral part of the Fin-de-Siècle society.

Paris: an endless source of inspiration

When I submitted my first article to MyFrenchLife™ magazine, I expected it to be also the last one.

Little did I know I would gradually become addicted to practising this kind of exercise. As diverse as my topics can be, what they all have in common is that they’ve originated from the life of a French former-expat mature woman, who shares her time between Paris and the South of France.

This quick biography is, in spite of appearances, long enough to explain that my sources of inspiration are endless. Most of the time, these ideas just come to me automatically.

Paris brothels: there used to be 195!

Recently I found out that the first floor of The respectable Delaville Café, where I had attended a meeting and sat comfortably in a Napoleon-III arm-chair, counted among the most famous brothels of ‘La Belle Epoque’. 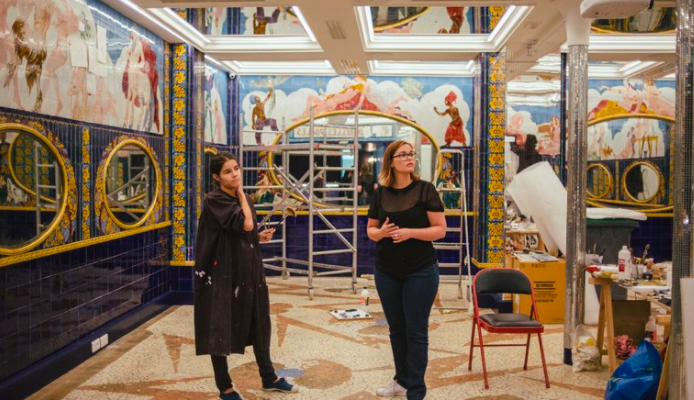 Today, I read an article in the New York Times about another such place, ‘Aux Belles Poules’ (The Beautiful Hens), that had a preserved ceramic frieze and was being restored (see right) not to serve its original purpose of course!

In fact, brothels had enjoyed their finest hours for over a hundred years before they were definitely closed in 1946. At the time there were up to 195 in Paris alone! Though they do not shelter the same activities any longer, the buildings are still erect and there is no denying they belong to the French heritage now.

For all these reasons, I could not resist immersing myself more deeply into this unknown and intriguing territory.

My own Paris brothels walking tour

Considering this figure, of 195 brothels and the enormous bulk of information one can gather on the subject comprising:-

I quickly realized it was a huge task to achieve – therefore I lowered my expectations. I decided to set-off on my own Paris ‘brothels’ walking tour.

To start with, I based my internet search on three criteria: –

With a list of nine selected locations[1], and armed only with a google map itinerary and my cell phone camera, I set about my journey through this dishonourable past.

Paris brothels: daunting appearances mingle with ghosts of the past 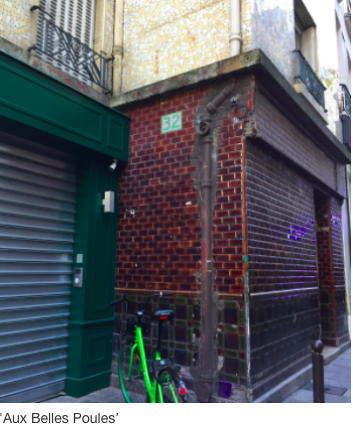 Respect of privacy and discretion being the conditions of existence of the Paris brothels, ‘les Maisons Closes’, they were unsurprisingly not advertised like any ordinary businesses.

Thanks to their bigger and often more adorned ceramic street plate number, they could be easily spotted and the facade of both ’Aux Belles Poules’ and ‘Chez Betty’ still bear this deceiving time-proof sign!

Unlike ‘Le Sphinx’, demolished in 1962 (finding a modern building instead of a statue was a huge disappointment), ‘Chez Christiane’ and ‘Le One-Two-Two’ have kept their beautiful facade in neo-gothic and gothic style. 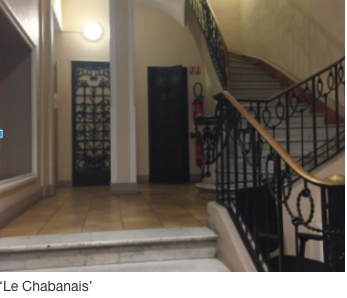 The doors of ‘Le Chabanais’ and ‘Chez Alys’ miraculously opened to unveil to my bewildered eyes the Art Deco corrugated grids of the two lifts (indispensable addition to avoid any unfortunate encounter) of the former and the mosaic forming the name of the Madame, Alys, on the floor of the latter.

Paris brothels: beyond the architecture

However, my search could not be reduced to some architectural remains!

When I entered ‘Le Chabanais’, I had colorful stories in my mind. 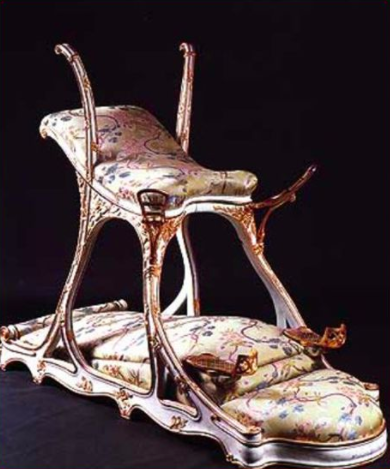 Three years ago at the Petit Palais ‘Paris-1900’ exhibition, I had seen a very surprising object on display: ‘The love seat’ of The Prince of Wales, the future Edward VII. This unique piece of furniture had been used, in this opulent place, for the comfort (and more)  of its royal guest upon his regular visits.

In the Roaring Twenties, ‘Le One-Two-Two’ overshadowed ‘Le Chabanais’ among the rich and famous. As I was standing across from the now, office building at 122 rue de Provence, I could only think of the caption on a portrait of  Edith Piaf that read that she used to sing for the girls there.

Lost Paris brothels: the church and the clergy

On a rather funny and less melancholic note, the side door of the Church of Saint-Sulpice on the left bank stands right across from ‘Chez Betty’, the other brothel with ‘Alys’ of the eponymous street.

Whether it is pure coincidence or not, it is not a secret anymore that the clergy was not indifferent to its neighbor and that this door was very convenient indeed! 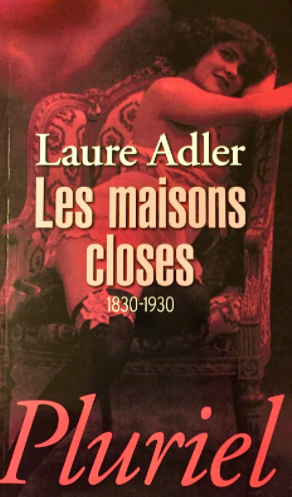 At the end of my fun-filled and enriching afternoon, I returned with spoils of war that filled more my imagination than my actual photo album, but I was proud to have organized a very unusual, themed treasure hunt, that could measure up well against any actual indoor escape games and even inspire prospective Paris tour operators!

To delve further into this topic of Paris brothels, I invite the curious reader to procure the serious and exhaustive book ‘Les Maisons Closes, 1830-1930’ by French journalist Laure Adler.

It goes without saying, that, even though it was inevitable to ponder with a heavy heart on the fate and situation of women who earned/still earn their living in the sex-trade throughout my search, it was not my purpose to be judgmental or carry out any sociological study here.

In your opinion, is Paris still ‘a moveable feast’, in its own 21st century way? Please share your thoughts in comments below.