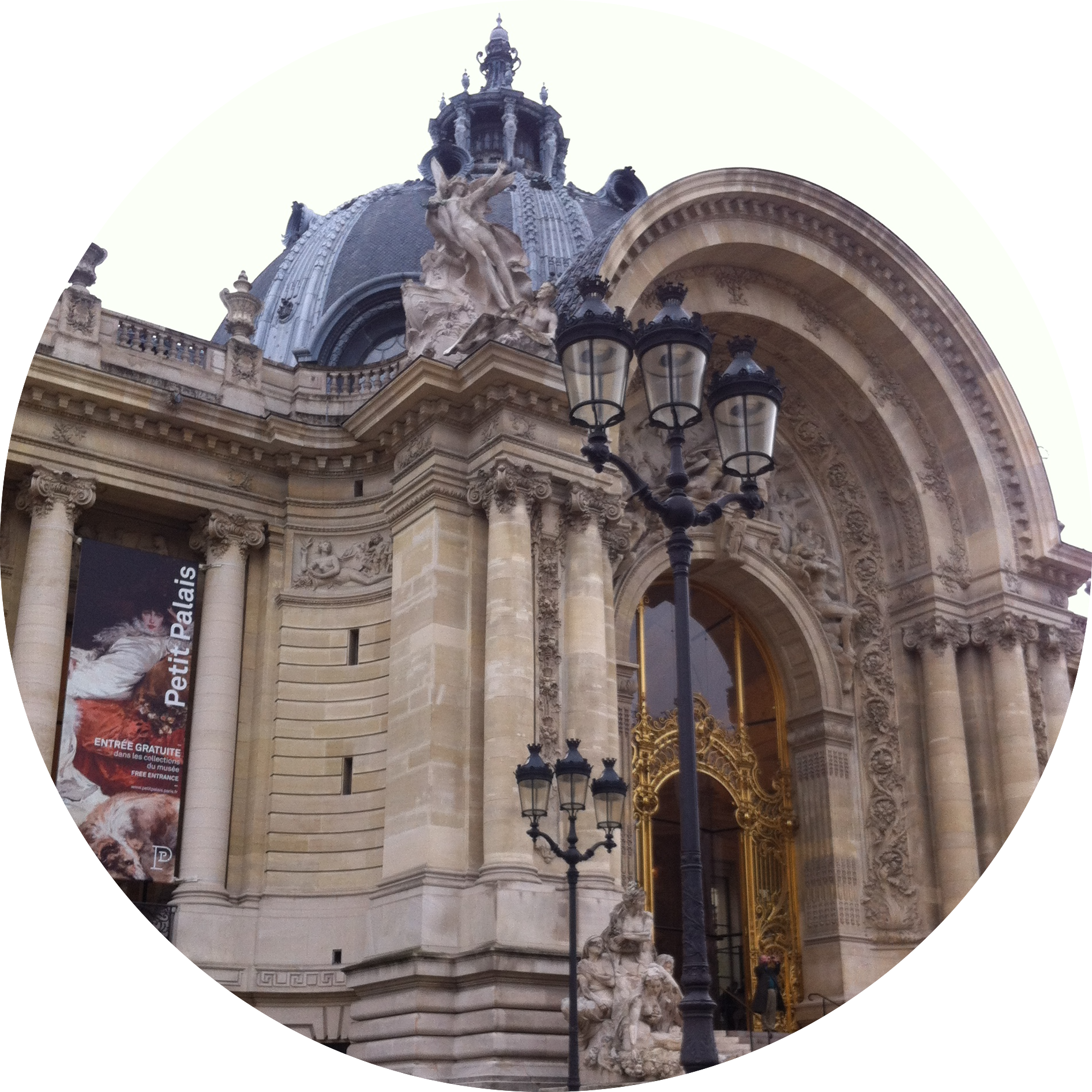 France’s capital is a treasure trove of hidden museums. Join la muséophile, or Gemma King as she’s known in the real world, as she takes us to her best picks when it comes to Paris museums. This week we explore a haven for Fine Arts at ‘Le Petit Palais’, where the sense of balance is key.

Many Paris museums work because they adopt a single point of interest and run with it.

Paris museums go to all manner of extremes, favouring the most precise of objects (ahem, Museum of Eyeglasses) and exploring that object, its history, and its specificities, with incredible dedication.

These extremes of passion are often what make Paris museums so special.

But some Paris museums are beautiful for exactly the opposite reason; for their command of the fine art of balance. Balance between light and dark, between the minute and the momentous, between tradition and modernity.

Le Petit Palais is one of those museums.

With an impressive stone façade, an elegant stairway and a huge arch framing a gilt entrance, the Petit Palais is far from little.

Yet, directly across the street, lies the explanation for the name: Le Grand Palais, an imposing exhibition hall with a lofty glass ceiling visible from any riverside point in Paris.

Le Grand Palais is an airy space used for temporary exhibitions and events. I had always assumed Le Petit Palais was merely an offshoot of its big sister.

But I was mistaken.

Le Petit Palais is, in fact, the home of the Musée des beaux-arts de la ville de Paris (Fine Arts Museum of the City of Paris), and it’s certainly one of those museums to be admired for its mastery of balance.

Finding the balance: an ideal equilibrium

But it was when reclining in the museum’s coffee room with a fellow museum-loving friend, the lush, circular garden set out before us, that Le Petit Palais’ perfect balance really struck me.

In a museum dedicated to Parisian Fine Arts, one of the key attractions was the museum’s inner courtyard, with its tangle of ferns and its turquoise pond.

I liked Le Petit Palais for its collection.

But I loved it for its balance between interior and exterior, art and nature, order and disorder.

Have you had the pleasure of visiting Le Petit Palace? Which aspect of its mastery of balance struck you most? Share your comments and experiences with us below.

All images courtesy of Gemma King.
This article was first published on Les musées de Paris and republished here with permission.