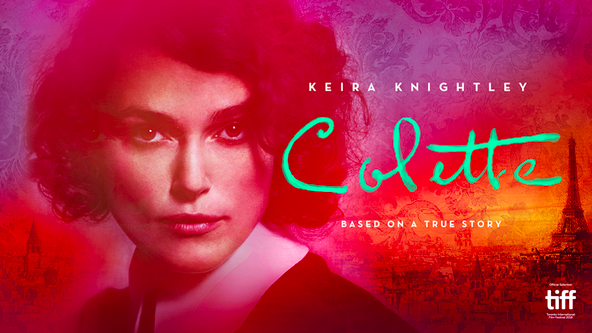 The importance of debates in French society… People disagree all the time. There are so many ingredients which make us different from one another –our genes, education, background, experiences to name a few – that it’s no wonder humans find good reasons to make sure their points are always winning over those of their detractors’ during heated debates.

My ears are buzzing every morning when I zap from one news channel to another, trying to make out who is right or who is wrong or who is the most sensible of all.

It’s hard to form one’s opinion when on the one hand you hear the yellow vests protesters complaining that the French police are too violent along with some of the President’s political opponents’ spokespersons and on the other hand the French Interior Minister insisting that the police are just defending themselves against acts of aggression and destruction.

I am aware too, that across the Channel, such opposing standpoints are dividing the British society over the Brexit outcome, let alone the shutdown across the Atlantic, in the USA .

This said, one would expect that on such less ‘vital’ matters than politics, as Art for instance, there could still be less passionate discussions triggered by diverging opinions.

Unfortunately I have at least one famous historical instance in mind to refute this wishful thinking,  accurately called The Quarrel of the Ancient and the Moderns , which shook the Académie Française at the end of the 18th Century.

Art, literature, painting, philosophy are topics as important as politics to argue upon, especially to the French!

When I wrote in MyFrenchLife™  the article about the future release of Colette the movie which I had not yet seen, I expressed some reservations concerning this ‘French cultural appropriation’ by Hollywood.

In the months that followed, I mostly read positive reviews and when I saw it last week, I was in a very good disposition towards it. In the end, though I did not dislike the movie, I felt immediately afterwards I would not see it again – and this was an indication to me that it was not a masterpiece

In MyFrenchLife – MaVieFrancaise Community Page members’ feedback were positive in majority.  It made me realize this film touched the audience in many different ways, and reading all of them was quite an enriching experience, which lessened my disappointment.

I would like to continue this exchange with readers by sharing my ‘two cents worth’ on the film and invite you to do the same, especially if you think you can provide me with the best possible counter-arguments! I’d love to hear them!

I enjoyed the re-creation of La Belle Epoque Paris (though it was filmed both in Hungary and England. Noting that recent animated French film ‘Dilili in Paris’ is the perfect and more effective evocation for delving in the pre-WWI world of the capital) and I am also glad that it revived my interest in Colette.

She was a prolific writer and the object of many biographies too. In doing so, I came across the Society of Colette’s friends from which I received my invitation to attend the Paris film launch, so indirectly I owe Colette my first ever red carpet experience on the Champs Elysées!

I can’t say the film is a failure, it can be watched and enjoyed, but BBC/PBS period dramas procure a higher degree of satisfaction in general!

And the French audience doesn’t seem to dislike it.

In my opinion this has to do with movies nowadays, it’s what we are given to see. Visual effects often prevail over a sensical story and we are not aware of it anymore.

In Colette the movie, the narrative is hindered by the  different scenes which happen like a series of film stills: 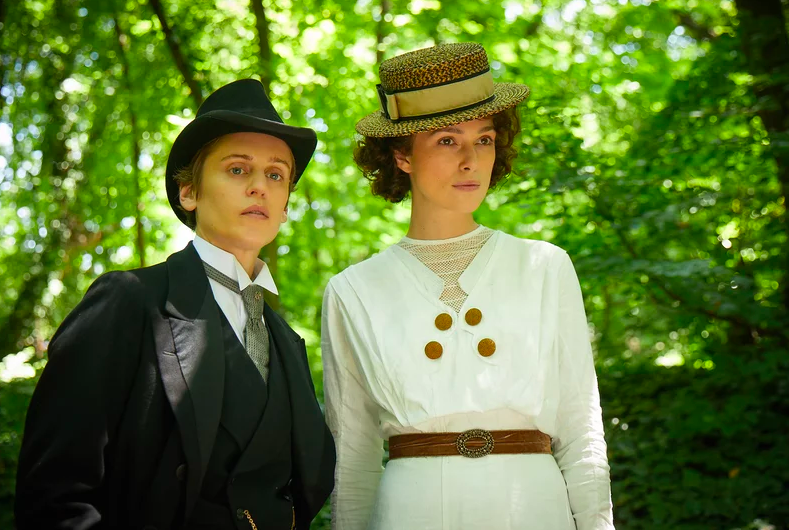 It gives the impression that the director had, more a message to convey than a story to tell.

What stays in one’s mind after seeing the film is, that,

when I expected it to be, that,

Colette is a major writer of French literature. 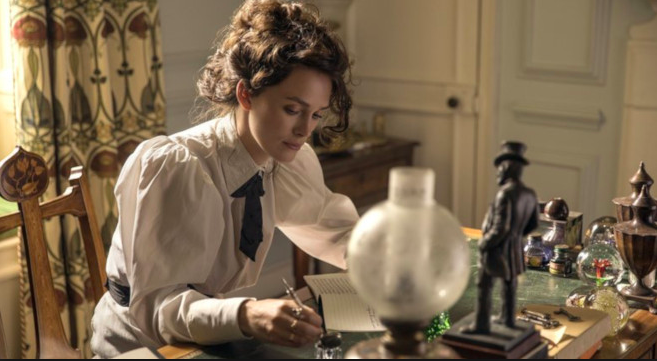 “Just saw that movie – sorely disappointed.  It was just a bad movie. Kiera Knightly does the best she can do with it. It is mainly focused on her sexuality rather than on an actual story line. I have a tendency to like films critics don’t – but this one was quite the bad one. The director is obsessed with lesbian love scenes – rather than the incredibly rich life she led.  It isn’t that there is anything wrong with that but it was continual short scenes continually interspersed with the sex scenes. The most interesting part was the listing of facts about her life at the credits!”

“I loved it! Gorgeous and evocative, and I thought that the physical scenes were tasteful and not unbalanced. I left with quite a bit of new information (didn’t know that much about her life prior to fame) and a much better understanding of who she was, a brilliant and complex woman in an era when it was tragically difficult for a woman to achieve any measure of personal success or even autonomy. I came home and instantly dusted off my Claudine novels and buried myself in Colette’s work for several days. I HIGHLY recommend the movie! Gorgeous and evocative.”

“I saw it here in Melbourne in November as part of the British film festival. My partner and I loved it and we are both normally very exigent in our cinematic tastes. I’ve loved Colette’s work for years since reading her first two books in French which were recommended to me by French friends. I was also pleasantly surprised by Kiera Knightley’s performance. I don’t normally feel she has a very wide dramatic range but I found her quite convincing as Colette.”

“Saw it when I went back to New York early October – Love it ! – but here in South Carolina we don’t get these movies?”

“As the author of ‘Colette’s France: her lives, her loves‘, I expected to be disappointed but I too found it really good. It was a very true depiction of Colette’s early years in Paris, with some poetic licence to be sure.”

“I saw the film upon my return from vacation in France. I found Kiera Knightley performance quite good. I enjoyed the film and would like to read and learn more about Colette and her life.”

Have you seen ‘Colette’ le film? I invite you to share your views, especially if you think you can provide me with counter-arguments! I’d love to hear them in the comments section below!