The Arab of the Future, by Riad Sattouf: book review 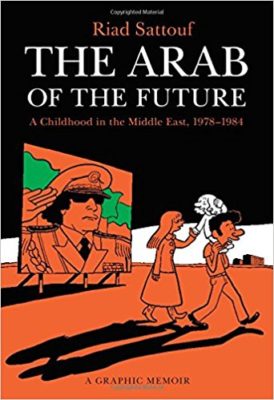 I’m not a big fan of graphic novels, but sometimes they are the perfect way to tell a rich and complex story. The Arab of the Future (L’Arabe du Future) is one such tale—the story of author Riad Sattouf’s childhood in the Middle East, as seen through the innocent eyes of a child.

The Arab of the Future: book of the moment

There are four volumes (so far) of this autobiography and they are entertaining and easy to read. All have been bestsellers in France and translated into many languages. They cover Sattouf’s life up to the age 14, from his earliest memories through adolescence, and the picture they draw of life in different countries—including France—is fascinating.

Sattouf’s parents met in college, fell in love and got married. So far, so normal. But this was no ordinary couple—she was quiet and bookish, from a rural town in Brittany, while he was a flamboyant Pan-Arabist from Syria who was out to change the world. And his passion would take the couple to live throughout North Africa and the Middle East with their growing family in tow. 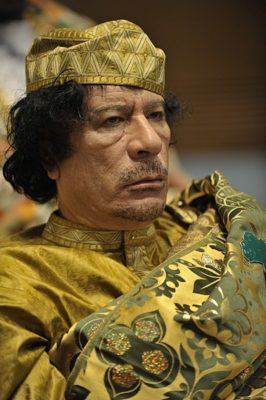 The story begins in 1980 when Sattouf is two years old—a small boy, delicate and blond. His world is turned upside down when his father accepts an offer to teach in Libya, then run by the dictator Muammar Gaddafi.

Gaddafi has grand plans, to create a new society populated by “Arabs of the future,” but the reality of life in Libya is more mundane.

Food is sometimes scarce and you have to watch your belongings—private property is illegal, so if you aren’t careful, another family will move into your home.

This happens to Sattouf’s family, one of the reasons they leave the country after a few years.They end up in Syria, in the home village of Sattouf’s father. This is during the regime of the dictator Hafez al-Assad and it’s a brutal place, with vicious anti-Semitism and routine violence, including the occasional honor killing. But it’s also a place of love and warmth for Sattouf, especially in the homes of his grandmother and aunts.

The Syrian society of Sattouf’s childhood, like Libya’s, is very different from our own, and this brings out the strength and beauty of Sattouf’s books.

While we as readers are sometimes shocked by what takes place, Sattouf the child narrator never is. He’s just describing his day-to-day life, and he does so in a matter-of-fact way because for him this is all normal. He’s like most of us—what happens to us as children seems normal then because that’s all we know. It’s refreshing (though sometimes disturbing) to see these different cultures presented in such a non-judgmental way.

The Arab of the Future: life in France

Eventually Sattouf’s father takes a job in Saudi Arabia and his mother refuses to go. She moves with the kids back to France and Sattouf has to adjust to life in yet another new country. France is in many ways just as foreign to him as Libya and Syria had been, with its own strange customs and with its own casual cruelties. The fourth volume of the series ends with a shocking development that will leave readers wanting more. 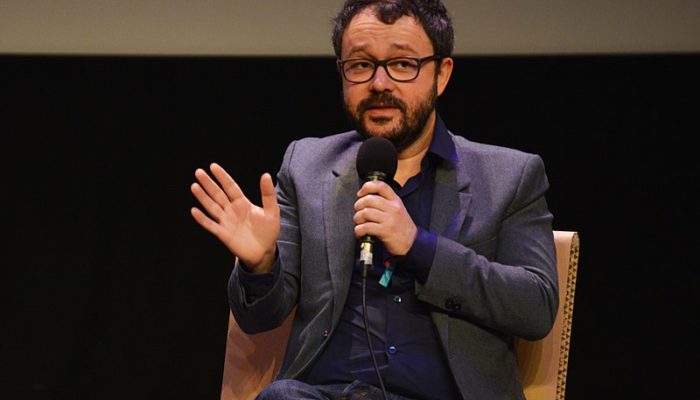 For those intimidated by the idea of reading a book in French, these are a great place to start—there aren’t a lot of words, the vocabulary isn’t complicated, and the pictures help tell the story. And what a story! Check out Volume One, in French or English, and I suspect you’ll keep coming back for more.

Have you read any of the four volumes of ‘The Arab of the Future’? Eager to take a look now? Let us know what you think in the comments section below!