Collaboration versus resistance—alive, well and living in France 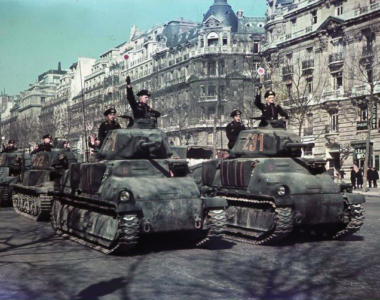 In World War II, France was defeated in just 46 days.

Most history books give the dates of the conflict as 3 September 1939—the day that Britain and France declared war on Germany—to 7 May 1945—the date of Germany’s unconditional surrender. But France signed a separate armistice on 22 June 1940.

Only a few weeks after the German blitzkrieg smashed across the frontier, the French army surrendered.

The country was humiliated and the occupation began.

Life in France was changed forever.

The picture of betrayal

Officially, Phillippe Pétain’s Vichy government was in charge of all of France, but in reality, the country was a de facto Nazi dictatorship.

Charles de Gaulle was in London where he regarded himself as the last remaining member of the legitimate French government. But he was tried in absentia and sentenced to death for treason and desertion.

Unsurprisingly, the French people were divided and confused. Who was their legitimate leader and what were their options? 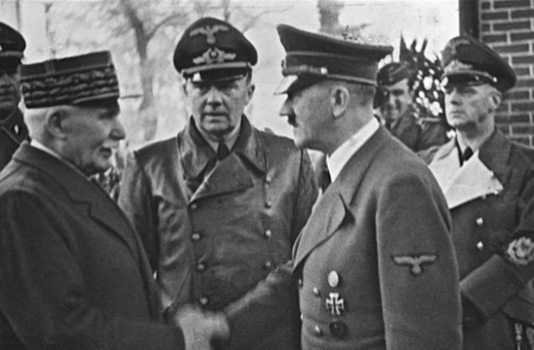 The simple answer to a complicated question was: collaboration or resistance. They could collaborate with Pétain and hope for the best. Or they could resist in the hope they’d survive and eventually defeat the Nazis.

At the time, collaboration was considered by the vast majority as being the most pragmatic—and certainly the least hazardous. Resistance was more patriotic, but far more dangerous and chosen by only a very small minority.

Collaboration between Germany and France was sealed when Petain and Hitler shook hands and agreed to cooperate. Then Pétain confirmed in a broadcast to the nation:

I enter today on the path of collaboration.

The handshake was photographed and exploited by the Nazi propaganda machine.

In war, there is no easy option 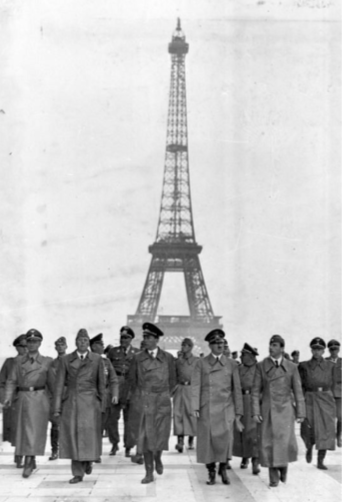 Any act perceived as being against the occupation—no matter how trivial—was considered extremely serious. Draconian sentences were the consequence. This included incarceration, torture or deportation.

By the same token, refusal to offer support to the Maquis was considered in similar light and punished accordingly. In fact, many people—especially amongst rural populations—claimed that there was not much difference between the actions of the German occupation forces and the maquisards.

Both committed atrocities, and cruel and barbaric acts were meted out on both sides. 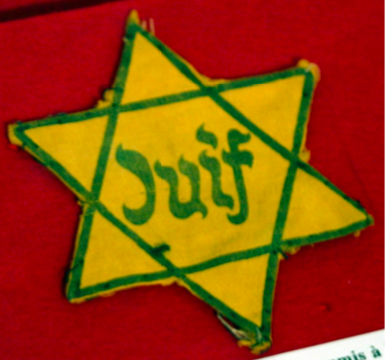 But most tragically, Pétain’s decision to take France down the path of collaboration inevitably led to the roundup of thousands of Jews. Jewish men, women and children were deported from France to German death camps where an estimated 90,000 were exterminated in the most barbarous manner.

Anglo-Saxon prejudice often paints the armistice and occupation as the easy option following the collapse of the French army. But the four years of occupation that followed were long, dark, and dangerous and for hundreds of thousands of unfortunate victims it was simply diabolical and depraved.

Have we learned anything? 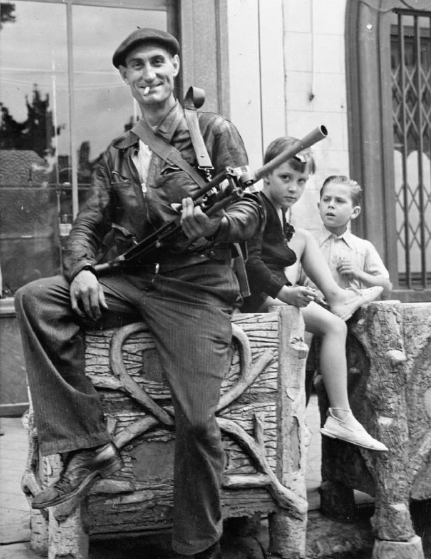 Today, some seventy five years after the Nazis were driven out of France, the legacy of occupation is found everywhere. Main squares are often named after the date the city, town or village was liberated, or the day of the numerous massacres that took place just prior to liberation.

Resistance fighters are also remembered everywhere by their comrades. Their names are on official lists on war memorials. On pavements in back streets. Sometimes on uninspiring monuments in thickets or fields, on thousands of graves in numerous cemeteries all over the country. And on plaques on the walls of houses and buildings throughout France.

Just after the war, Churchill is thought to have said to the House of Commons:

Those who fail to learn from history are condemned to repeat it.

In light of what looks like a strong lurch to the right in European and world politics, let’s hope that events like the occupation of France are never forgotten—and the misery that resulted are not repeated.

How well did you know the history of occupation of France during WWII? Do you think we’ve learned from history? Please share your thoughts in the comments below.