The next morning, Craig and I were up early and excited to explore the beautiful cycle paths of Burgundy. We walked into Beaune along the Voie des Vignes cycle route to pick up bikes from Cédric at Bourgogne Randonées . We then rode north-west through the villages of Savigny-lès-Beaune and Pernand-Vergelesses towards the hill of Corton… 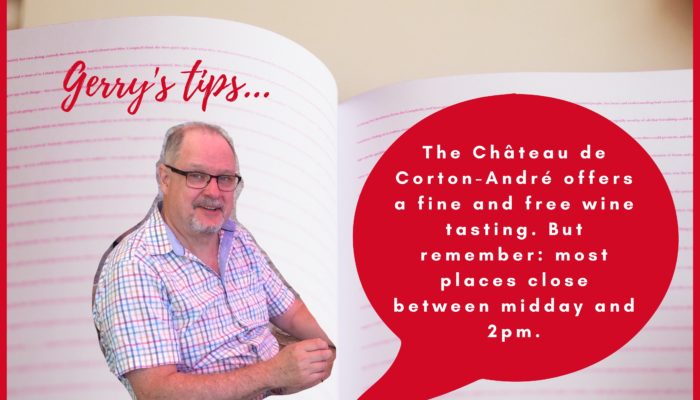 A premium wine experience in Burgundy

Corton is the only place in Burgundy growing both red and white Grand Crus. It was an easy hour’s ride to the village of Aloxe-Corton, where we discovered the impressive Château de Corton-André.

I was a little worried that they might not welcome two sweat-soaked cyclists. Happily, a cheerful man greeted us with perfect English. He pointed to the wines and asked us what we would like to try.

Craig asked for an Aloxe-Corton, and our guide fetched a bottle of the Les Petites Lolières Premier Cru, suggesting that we try a Chambolle-Musigny as well. I enquired if any Cortons were available and he produced two Grand Cru reds; Hautes Mourottes and Les Renardes.

Thinking this was too good to be true, we confirmed that it was indeed a free tasting. The red Cortons were a deep garnet colour with great intensity of flavour and a silky mouthfeel – and priced at less than €100.

Craig and I had made a pact that we would only drink one bottle of wine each evening. So, we purchased a Grand Cru red and pedalled back to the charcuterie in Meursault, where we bought a parcel of sausages ready for a Grand Cru BBQ in the evening.

The next day, we were ready for another morning of exploring the many bike routes. From Meursault, we rode an easy 12 kilometers on the Voie des Vignes cycle route to Santenay, passing through Puligny-Montrachet and Chassagne-Montrachet on the way.

The bike path continued up the rail trail to Nolay; a steady seven kilometres uphill to our destination. After a coffee in the ancient marketplace, we returned via the three Maranges – so called due to the suffixes of the three village names.

The first was Dezize-lès-Maranges; a medieval town perched high on a hill above the rail trail, surrounded by vineyards. There were many sites offering wine tastings, but this was a fitness ride so we made a mental note for future reference.

By comparison, Cheilly-lès-Maranges was a large town with parks and gardens where we found a small restaurant and had un sandwich au jambon et fromage. We joined the nearby Canal du Centre, whose towpath forms part of la Voie Verte (the Green Way) and extends 100 kilometres to Macon in the south.

We rode ten kilometres down the canal, swapping friendly “bonjours” with the barge tourists. After viewing the château, we returned via a shortcut through Changny and Corpeau. The cycle route was the perfect way to truly immerse ourselves in the heart of the stunning vineyards which make up Burgundy’s rich heritage. 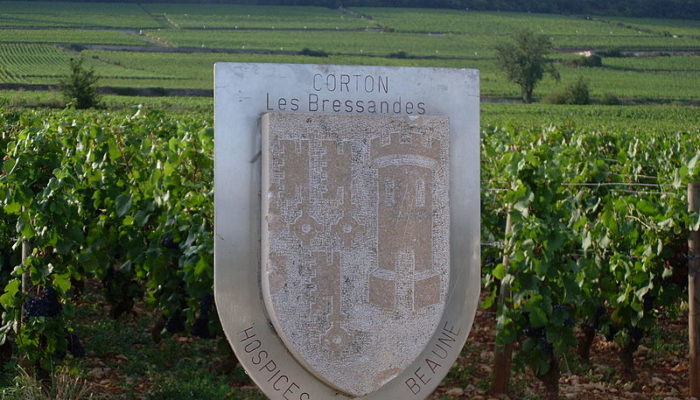 It was a beautiful two days of easy riding and delicious tasting, without any stress or traffic to worry about!

Curious to know what happens next? It doesn’t finish here! Join us in the next chapter of Gerry’s exciting adventure as we delve into the tenth installment of the Ultimate Burgundy Guide. And if you’d like to start at Chapter 1

Have you ever explored the cycle paths through Burgundy? We’d love to hear about your thoughts and experiences in the comments box below.