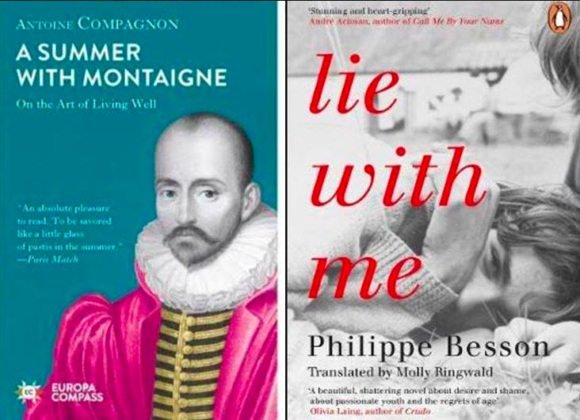 We are maintaining two simultaneous discussions as we read this year’s book 4 ‘Lie with Me‘ / Arrête tes Mensonges by Philippe Besson) and/or book 5 ‘A Summer with Montaigne’/ Un Eté avec Montaigne by Antoine Compagnon) (or both!)

So are you in?

I am facilitating our bookclub discussion and look forward to reading your comments!

Who is reading or intends to read this book?

LEXICAL FIELD OF LOVE AND FAVORITE QUOTE – What’s yours?

Lie with me – Arrête avec tes mensonges by Philippe Besson

Who is reading or intends to read this book?

‘A Summer with Montaigne’ was published after a French podcast that was recorded on French radio ‘France Inter’ in the Summer of 2012. It highlights both the life and work of Michel de Montaigne, the most important French writer of the sixteenth century. Montaigne was a Magistrate when he resigned from his office to devote himself to his library. From his readings and his reflections, he gradually wrote a journal of a man in search of wisdom, ‘Les Essais’.  In it, not only does he describe himself fully but he also shows the powerlessness of man to find truth and justice.