How not to make friends with the French 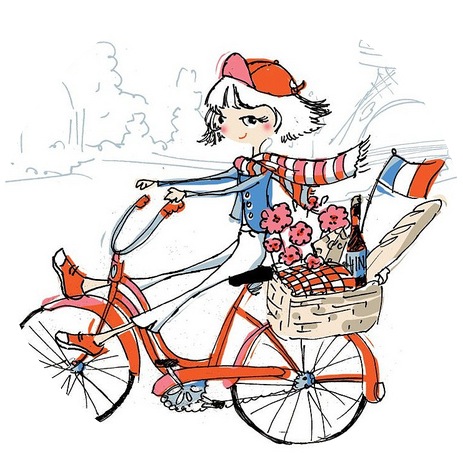 This might be par for the course with other expats, but if it’s French friends you seek, then you might need to consider a different approach.

Back in October, I told you all about my plight to expand my French friendship circle. Six months on, here’s my list of what not to do.

1. Don’t engage in France-bashing (or run the risk of being on the receiving end of the French embassy’s anger).

While this one seems like a no-brainer, you’d be amazed how many times I’ve witnessed a fellow expat or visitor let fly with criticism on everything from tax allocations to the President’s affairs, in front of French natives. 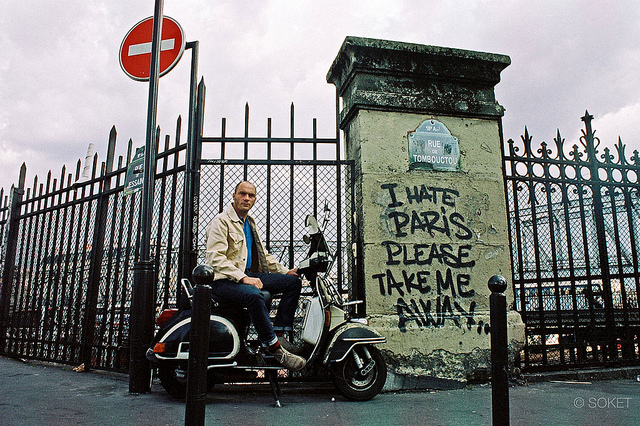 Sure, the French love a heated discussion and are often open to other opinions, but a ten-minute tirade about the education system can feel like a very personal attack.

If you’re both bilingual, find out early on how you’re going to tackle the language question. My personal view is that as I’m the visitor to France, the onus is on me to speak French (embarrassing grammar mistakes and all). But, more often than not I’ve found that my new French friends would much prefer to speak in English with me, only they’ve been too shy to ask.

Equally, having this one quick conversation can help expats to avoid the frustration felt when our best efforts in French are rewarded with an English reply.

But what if you both want to practise the other language? Well, in that case you could do like my husband and I do; I speak to him in French, and he replies in English.

3. Don’t get too personal, too soon 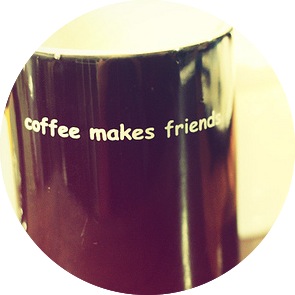 The French are notorious for avoiding all forms of money talk, and don’t like to discuss politics or religion with people they don’t know well.

I’ve known my friend, (we’ll call her Charlotte) for almost four years, and last week she shared her dieting secret with me.

And to be fair, whilst I appreciated the gesture and all that it represented, I’m not sure it was worth the wait!

Now that you know what not to do, here are some practical tips for meeting potential French friends:

With so many things to see and do in France, chances are, there’s a common interest group to suit your taste.

Meetup is a great place to start. It’s where I found my book club, signed up for a cheap yoga course and met one of my closest French friends over wine and cheese. Though it does have an Anglophone slant, the advantage is that the French people you’ll meet there are actively looking for English speaking friends.

On Va Sortir is the French equivalent, organised by region and is great for meeting bona fide locals. The only catch is that the events usually require a higher level of French.

If there isn’t an event or group that interests you, why not create your own?

2. Put the word out there

Sometimes it really is as simple as telling people about your mission. Ask other expats, colleagues, and roommates to introduce you to their French friends. 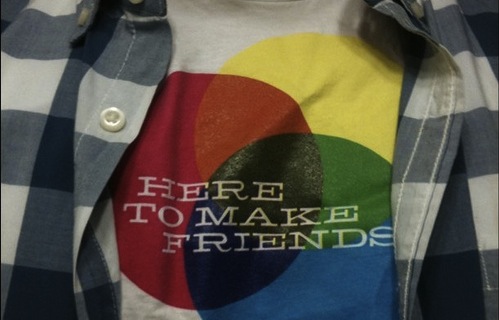 I took my own advice the other night and ended up being invited to a Friday night aperitif with a great group of French girls, and the promise of a housewarming next month.

Sure, you risk looking a little bit needy, but better to sacrifice a little short-term pride to gain some lifelong friends.

Yes, it’s unlikely that the surly girl behind the bakery counter will ever want to share café crèmes and conversation with you, but you just never know where you might find a friend.

My day job involves a lot of hanging around in my students’ office buildings. Last week, the receptionist in one of them offered me a slice of cake, and so we got talking. We discovered we live five minutes apart, and so left with (figurative) the door open for a loose future friend date.

But don’t take my word for it. It was Roald Dahl who said: “And above all, watch with glittering eyes the whole world around you because the greatest secrets are always hidden in the most unlikely places.”

Moving from acquaintances to amis in France

I like to think of this as the Three ‘P’ Process: proactivity, persistence and patience.

Proactivity. You may well have to be the one to start the ball rolling. Inviting your French acquaintance to group events, or out for a low-key coffee might be just the push they need to start counting you in their close circle. 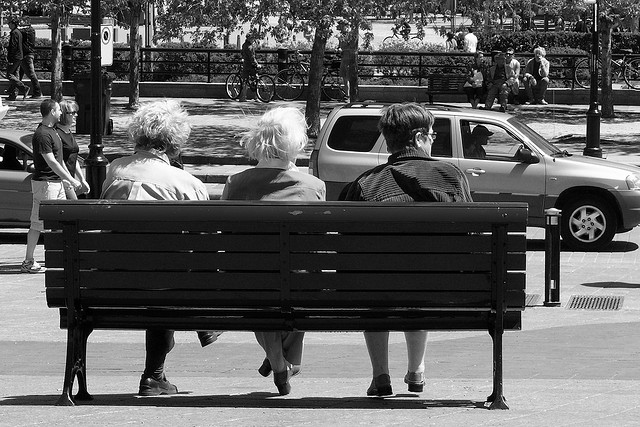 Persistence. Now I’m not suggesting it’s a good idea to badger French people into being your friend, but by the same token, giving up too easily will ensure you never break through that friendship barrier.

Know your limits, though. If someone can’t recognise you for the great friend you’d be, irrespective of their nationality, move on.

Patience. As I mentioned before (and many of you agreed), friendship in France is a slow-moving feast indeed. In the eternal words of Rachel Hunter (and Pantene): “It won’t happen overnight, but it will happen.”

Have you made friends in France? How do you go about making French friends? Share your tips and experiences in the comments below.

Image credits:
1. French girl on bike, by Rubink1 on Flickr.
2. Rue de Tombouctou, by Soket Chup on Flickr.
3. Coffee mug, by mutsmuts on Flickr.
4. Make friends tee, by Austin Kleon on Flickr.
5. Ladies on bench, by Vanna_ on Flickr.
Note: This popular article has been refreshed and republished on 2020