Really! I am NOT a francophile – installment #1 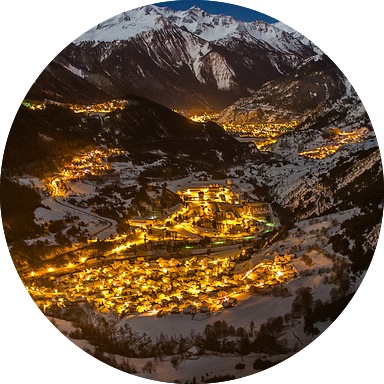 Here at www.MyFrenchLife.org we are furiously curious about ‘french lives’… in fact, French living everywhere and everyone living in France… we are a global community of francophiles, francophones and just people learning to speak french.

I have recently come to realise that the word ‘francophile’ means different things to different people. I seem to be coming across more and more francophiles and I find myself wondering … is it a belief, a disease, an epidemic or just an unexplained phenomenon.

You see, I recently referred to myself as “a non-chic lit, non-cliche female francophile” and I’m becoming curious, even anxious, as to whether this description is accurate. So, I looked-up francophile in the dictionary to see if I could become further enlightened….

–noun
2.
a person who is friendly to or has a strong admiration of France or the French.
Origin:
Word Origin & History
1889, from Franco- + -phile. A newspaper word [OED]. Its opposite, Francophobe , is recorded from 1891.

It was at this time that I came across a blog headed “No I am not a francophile, but I live in Paris” and this is how I came to meet Randy.  Being so furiously curious, I couldn’t ‘just’ read this blog; I approached Randy and he very kindly agreed to an interview with My French Life.
As you may have gathered by the name of this article, this Interview will not follow our usual format.  Instead we will continue to explore the ‘anti-phenomenon’ of “I am not a francophile” through the words and french life of Randy O. Diaz… come with me to get another perspective, this will be fun!
My French Life: Randy your blog is headed up stating that you are not a Francophile. Would you care to elaborate on this?

Every day consumer goods made in France are typically of lesser quality than say German made products. And with regards to food, it drives me crazy when I hear Francophile tourists, especially Americans say that they’ve never had a bad meal in Paris. 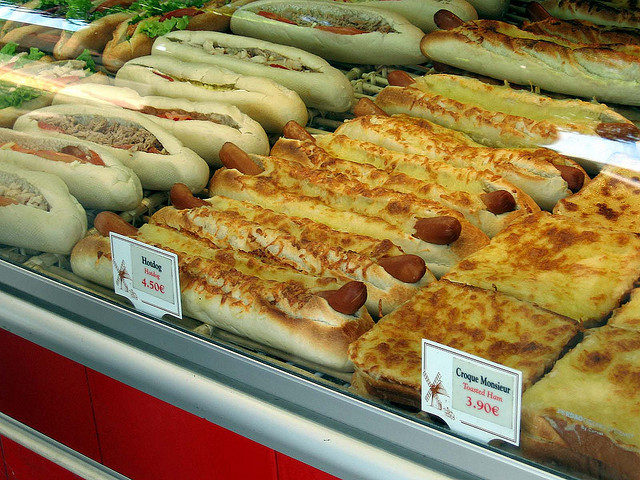 All I had the first few months of living in France was bad food, because the Bistros and Brassieres are geared for tourists. But keep in mind I also come from a food City, San Francisco. Without seeming snobby, San Franciscans know food.

The Francophiles that come here are so enamoured with anything French that anything served to them in a French restaurant is great. The restaurant could serve up a burnt steak, and the Francophile would just say, “how lovely, the French have such a nice way of charbroiling.”

“I have given up on brasseries where the food is always disappointing…” and I’m not far behind.

I’ve gone out to dinner with Francophiles where e.g., the steak was inedible, but their response was simply, this is how the French make it, all the while grinning and bearing it, or getting lock jaw from all the chewing. I have a lot of foodie friends that say, we’ll leave xyz bistro/brassieres for the tourist. 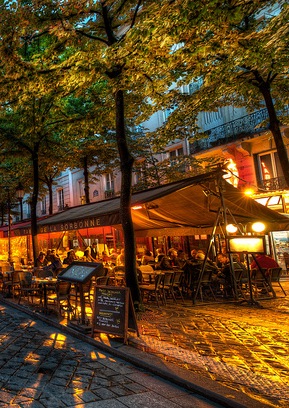 Note: avoid the Latin quarter if you want good food. Don’t get me wrong, France is the original culinary capital of the world, but unfortunately, the 8 million or so tourists that come to visit have in a way ruined it in reference to the quality of every day French cuisine; unless of course you go to the Michelin star restaurants, lesser known restaurants, or outside of Paris.

The reason for this is because they can serve mediocre food, make money, and they know you probably won’t come back anyway and there’s enough tourist to take your place. I have had some incredible meals outside of Paris at simple bistros and brasseries though.

In a recent interview done by The Paris Kitchen with Patricia Wells, she states, “I have given up on brasseries where the food is always disappointing…” and I’m not far behind. Keep in mind, we’re referring to Paris.

I will say, however, that tourists don’t typically go to ethnic restaurants because they would have to venture out to different neighbourhoods such as Bellville, 18eme, or the 13eme for e.g. Senegalese, Indian, Chinese, and Cambodian in Paris to name a few are quite good, because they depend on their compatriots and repeat customers. And, the non-tourist areas such as the 15eme arrondissement, where I happen to live, have incredibly good restaurants, because they cater to local clientele, not tourists. 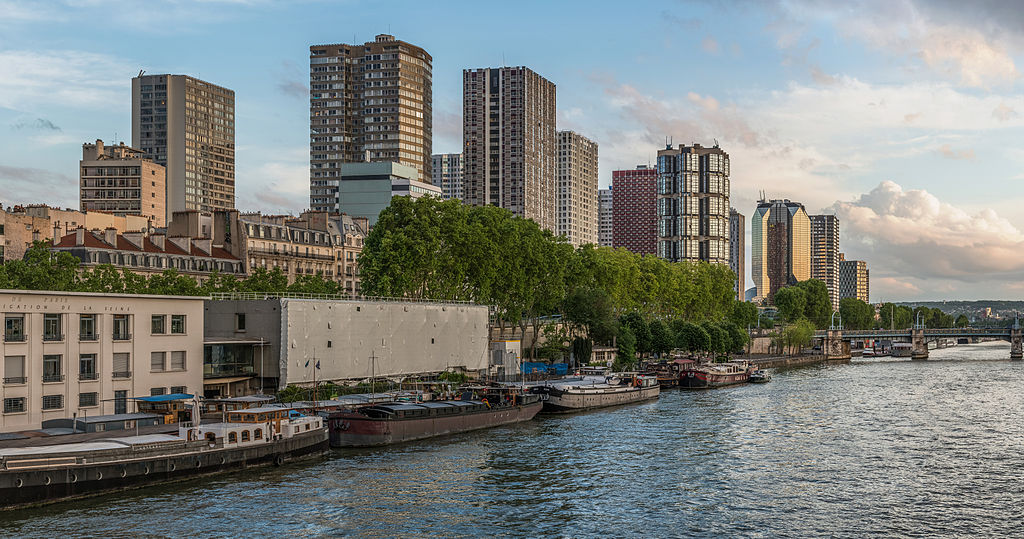 Granted taste is in the beholder, but be careful when you read food blogs especially about restaurants in Paris. Use them as a guide and not the end-all-be-all. All too many times for the food bloggers it’s all about the hype of being in Paris and being in the foodie “elite” crowd. These people I would definitely define as Francophiles.

Rest assured, I am not one of them. When I subsequently go to the “hyped” up restaurant, I sometimes ask myself, “Did we eat at the same restaurant?” The frenzied hype in some ways has already pre-determined what his/her write-up is going to be. There are food writers who will take off their rose coloured glasses and tell you how it is, but their numbers are small.

“I have literally seen posh men sitting in cafés and rather than leaving their napkin on the table, throwing it on the streets.”

Sure there are beautiful things to see, buy and experience, but Francophiles tend to see everything through rose coloured glasses. They don’t seem to see that there’s sh*t on the streets ‘cause owners won’t pick up after their dogs. 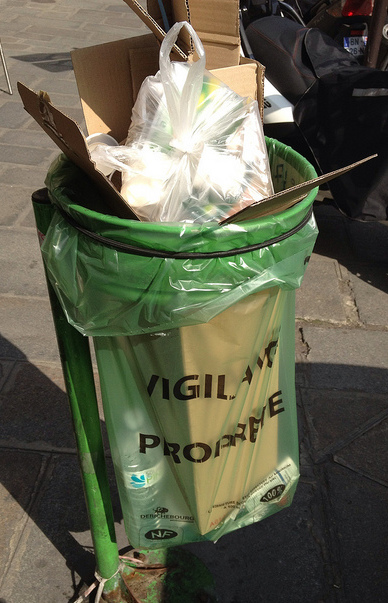 There are trash receptacles everywhere, but some people don’t use them, and so they throw garbage on the streets. I have literally seen posh men sitting in cafés and rather than leaving their napkin on the table, throwing it on the streets. Or, people dumping their trash in the canal.

Sure there are plentiful street cleaners, and the sidewalks are washed down on a regular basis, but what happens before that. Trust me, when you step on a French souvenir (dog sh*t) are you still going to say, oh how cute, that was so French? Although much improved, there’s still graffiti on incredibly beautiful ancient historical buildings, but they say it’s art and it let’s the young express themselves. I say crap! It’s defacing a beautiful historic building.

Francophiles don’t see the challenges of living here day-in-day-out. And, if they do, they overlook anything ‘bad’. If they take off their rose colored glasses, they will see it’s like any other big city in the world. It has beauty and it has problems. Try getting cable or internet services repaired, and worse try manoeuvring your way through the bureaucratic maze.

Bureaucracy as defined by Merriam-Webster Etymology: French bureaucratie, from bureau + cratie -cracy
Date: 1818
1 a: a body of nonelective government officials b: an administrative policy-making group
2: government characterized by specialization of functions, adherence to fixed rules, and a hierarchy of authority
3: a system of administration marked by officialism, red tape, and proliferation

The French take this to a totally different art form. Every time I talk to my French friends about this, they just roll their eyes and say, “that’s the way it is…”  A great book to read about France is Stephen Clarke’s ‘Talk to the snail’ or ‘A year in the merde.’ 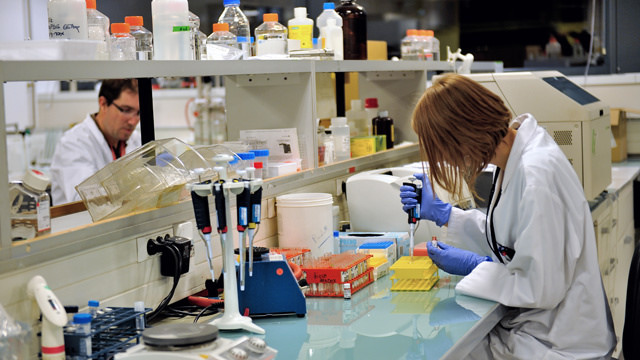 However, once you tackle the bureaucratic system, the French do have some incredibly wonderful social services. For example, healthcare is wonderful here. It is always ranked one of the best in the world. In the US, healthcare is only good if you can #1 afford it, or #2 you can get affordable healthcare through a job. In France, healthcare is a right, not a privilege as it is in the US.

Thank you Randy for speaking at us and sharing your views and details of your life in Paris, its refreshing to experience a ‘dose’ of reality!

To our readers and members this is where you will find out more about Randy. AND watch for the next “Really! I am NOT a francophile – installment #2” from Randy Diaz.

How do you feel about France? Are you a francophile? Share with us in the comment box below!